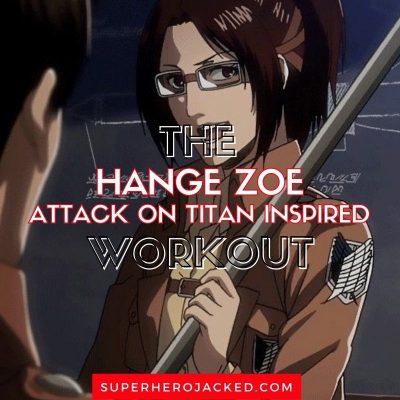 Next up for our Attack On Titan Inspired Workouts is the fan favorite Hange Zoe.

Hange Zoe came in among our list of The Most Popular Attack On Titan Characters of All Time – and is going to be a great addition to our Workout Placement Quiz.

You guys have been loving our AOT characters, and we can’t have continue without having Hange grace our Anime Workouts Database.

I mean hell, they even made our list of The Most Powerful Non-Titan Attack On Titan Characters as well.

So we definitely have our work cut out for us with this one.

Hange Zoe comes in right around average height range if we compare them to other characters we’ve seen at SHJ.

And we know they definitely have a ton of muscle within that 132 pounds! 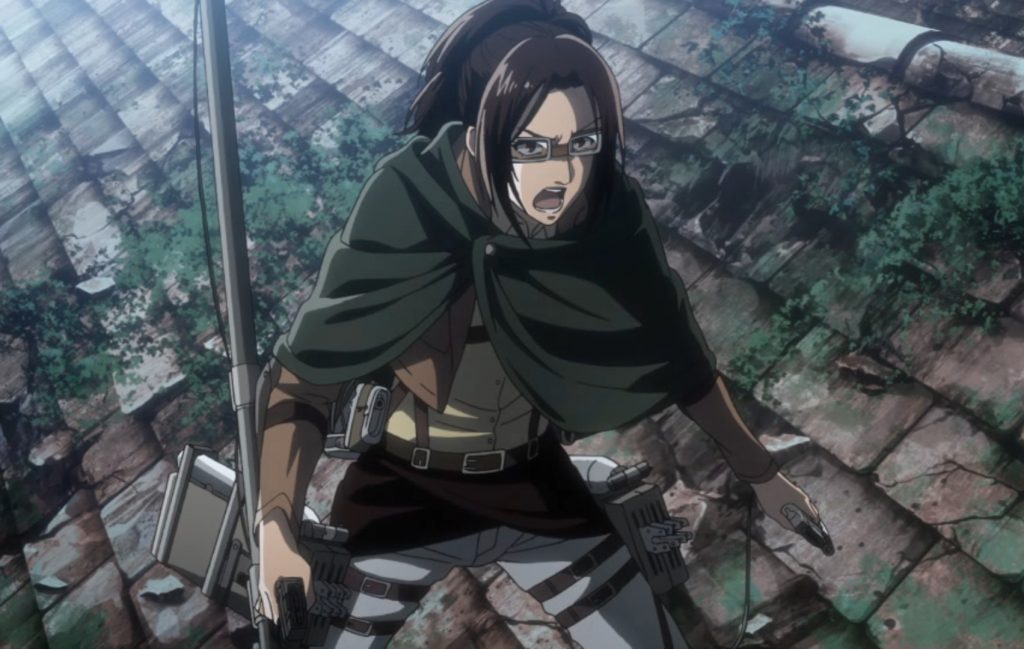 To kickstart our research on Hange Zoe we’re going to pull right from their Wiki Fandom as usual.

The Attack on Titan Wiki Fandom actually provides some great information all the way throughout – starting with this for their bio:

Hange Zoë was the 14th commander of the Survey Corps, named so by Erwin Smith before his death. Hange was formerly a squad leader in charge of the Fourth Squad, having the duties of innovative inventing and conducting research on Titans, including Eren Yeager. After being promoted to commander, Hange was also in charge of expedition planning, management of the regiment, recruiting, and all the other responsibilities previously handled by Erwin. Upon their death, they were succeeded by Armin Arlert.

Here’s how they describe it in their abilities and powers section of the Wiki Fandom:

Hange’s abilities as a soldier were an extremely valuable asset to humanity. Their different approach to Titans had yielded an impressive amount of information and research. Hange’s capabilities were noticed by their teammates, especially their superior Erwin Smith who named Hange his successor. Hange’s persistence and drive for knowledge often aided in acquiring information. Hange would spend hours studying Titan subjects and Eren Yeager when he was transformed. Thanks to information left behind by Ilse Langnar, Hange was able to get authorization to resume Titan capture operations in the Survey Corps despite being turned down several times. This information had aided Hange in a great deal of their work with the Titans. However, Hange was often reckless when working around Titans and because of this they would often endanger themselves and sometimes others. Hange demonstrated an impressive resolve when put under great pressure, as they were able to use their intelligence and wits paired with any means necessary to devise cunning plans and inventions. They also could lead people who oppose humanity to do what Hange needed them to do, such as Minister Nick, Djel Sannes, Flegel Reeves, Roy and Peaure of Berg Newspapers, and even Erwin and Levi. Despite being a quick thinker, Hange was known to show great anger from time to time and little remorse when faced with people who have the means to help humanity but do not.

They continue on to talk about their vertical maneuvering equipment as well, though.

Here’s what they give us for that section:

Hange’s intelligence and wits were not their only valuable features. They displayed superior skills when operating their vertical maneuvering equipment. Due to their passion for Titans, Hange was constantly very close to them and because of this, they had developed an impressive reaction time that helped them to always slip through their fingers. Their many years in the Survey Corps had helped them to master the equipment and they were easily able to take down Titans with their blades.

So while we won’t be building out a workout routine around getting smarter, we will be building it out around her Survey Corps training in general and sticking with our calisthenics and bodyweight training that we’ve seen among our Attack On Titan routines.

For this we’ll actually be scaling down a bit from what we’re used to seeing with our Assassin Calisthenics 90 Day System techniques within some of our other routines.

Our Assassin Calisthenics has even been used to train new U.S. Marines, so we’ll still be utilizing some tactics from there, but a bit scaled back and working up to it!

To train like Hange Zoe we’ll be utilizing 3 days of calisthenics training and 2 days of endurance and HIIT training to work on our parkour style endurance that will be perfect for vertical maneuvering.