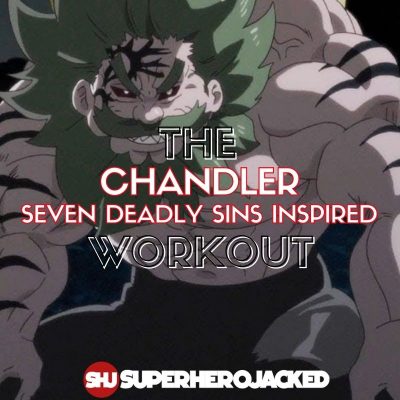 It’s time to get some more demons here at SHJ.

We obviously have a handful from our Demon Slayer Inspired Workouts, but now it’s time to bring in Chandler, one of the highest ranking demons in all of Seven Deadly Sins!

He joins an already awesome team of Seven Deadly Sins Inspired Workouts that we have and brings yet another demon into our Anime Workouts Database.

And, we’re going to have a ton of fun revolving this routine around his true form.

Chandler is quite short, at outside of his true form, he also seems to resemble Bro Thor!

But even at 5’4 Chandler comes in around an average height range we’ve seen among younger anime male characters. 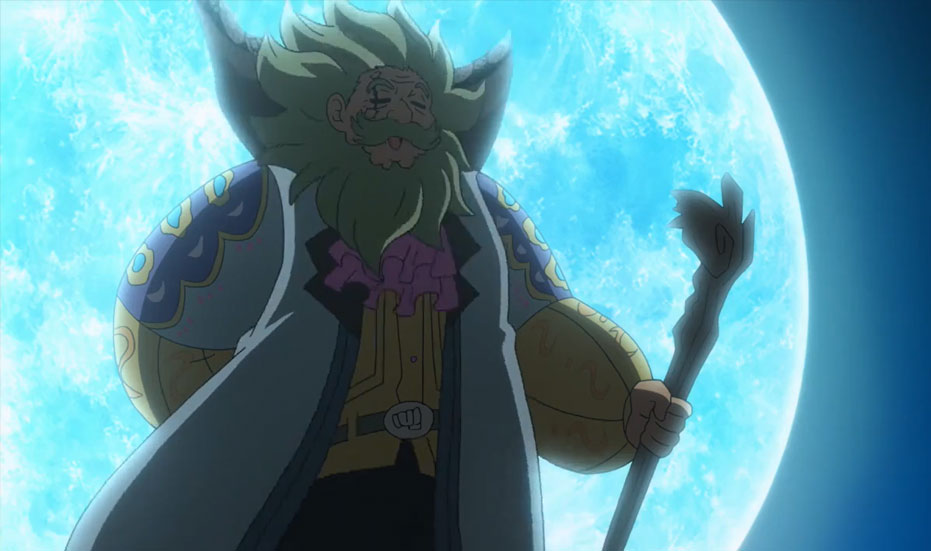 We’ve already discussed some of Chandler’s background, but we’re going to reiterate a bit as we make our way into our initial research by pulling right from his Wiki Fandom page:

Chandler is one of the highest-ranked demons of the Demon Clan as well as Meliodas’ former master. He and Cusack were once a single entity known as the “Original Demon”.

From there we can move into his powers and abilities section and learn a TON about him.

As Meliodas’ former master and the highest-ranked demon, Chandler is extremely powerful. Zeldris states that along with Cusack, he is more than enough to fill in the nine vacant spots of the legendary Ten Commandments. Chandler’s tremendous power is shown when he reaches the Seven Deadly Sins, his magic power shrouds the entire region with complete darkness, with Diane believing that night had suddenly fallen over them and Merlin stating that he was able to bring “True Night” with him as Escanor reverted to his night form. Zeldris even states that Chandler can defeat if not kill all the Seven Deadly Sins excluding Meliodas on his own as well. This was shown when he alone easily overwhelms most of them to the point where they are unable to effectively fight back even after having his power cut in half by Gowther’s Invasion, and he was only stopped from defeating them by Elizabeth’s healing them. His aura is so powerful that it completely terrifies the countless souls of human heroes in Excalibur. Merlin has stated that Chandler is a monster whose power far surpasses the Ten Commandments, and alongside Cusack, he is the oldest and strongest demon in the Demon Realm excluding the Demon King himself. Even Zeldris acknowledges that Chandler is stronger than him.

From there they go on to begin talking about flight, regeneration, and even immense durability and endurance.

Like all members of his clan, Chandler possesses the black mark that allows him to manipulate darkness for various purposes like flight and regeneration. Unlike most of the Demon Clan, when Chandler takes flight, instead of sprouting wings of the black darkness, he shrouds his body in an aura of darkness in which he can fly at incredible speeds as he reached the Boar Hat from several kilometers away in little time. However he can also choose to form wings for flight like the rest of the Demon Clan. His saliva possesses incredible acidic properties, as it was able to melt and dissolve the concrete floor of Camelot’s castle and warrants Cusack to dodge them when he sprays them. He is also capable of measuring the power levels of others by simply gazing at them like Merlin, Gowther, Hawk, and Drole, though it’s unknown if he possesses a magical eye or if it’s through another means.

Chandler possesses immense levels of durability and endurance, as he manages to withstand Gowther and King’s Celestial Arrow head on and easily recovers in little time, with Gowther being shocked at how little damage he sustains from the attack. He also possesses tremendous speed and reflexes, as shown when he casually walks pass Merlin without her knowing he was there, and quickly defends and counterattacks against most of the Seven Deadly Sins attacks by himself.

And while we already have plenty of information to build a routine around Chandler, I do want to wrap up his powers and abilities section.

Don’t worry, though, it’s definitely worth reading all about how insanely awesome and powerful he is:

Upon entering his true form, all of Chandler’s wounds disappear and his power soars greater, with King noting that he is on a completely different level than before, to the point that the Seven Deadly Sins had to flee and was able to defeat both Drole and Gloxinia by himself without much effort. In this form, Chandler’s possesses immense levels of physical strength and endurance. With a single punch, he created a large hole in a gigantic rock, and withstood a continuous barrage of King’s Bumblebee attacks all over his body with no damage, remains unfazed by Basquias’ Necrosis poison, and emerges with only minor wounds from fighting both Drole and Gloxinia. When using his sword, he was able to split a large portion of the ground while cutting Chastiefol in half and creates a massive shockwave. He also possesses tremendous speed and reflexes, as he was able to react to and counter simultaneous attacks from both Drole and Gloxinia at the same time. His flight speed dramatically increases in this form to the point of instantly reaching the Seven Deadly Sins location at another region of Britannia in a single bound despite them having a considerate head start after being preoccupied by both Drole and Gloxinia.

Despite having his original magic power sealed, excluding the Demon King, Chandler is celebrated amongst the Demon Clan as the absolute strongest demon who is strong without equal, fast without compare, and tougher than any other.

I think that last snippet really sums it up for us and lets us know that we really have our work cut out for us.

While we will be focusing on Chandler’s insanely ripped demon form aesthetic, we will also be prioritizing his immense levels of durability and endurance, as well as tremendous speed and reflexes.

So get ready for a ton of volume, lifting, and a wide spread of style to hit all the abilities and overall JACKED physique we’ll need to achieve to become Chandler.

For this one we’re going to be working around 3 days of full body training that will also work on muscle endurance while building tons of strength with supersets, and then we’ll also tack on a demon form circuit test and a day devoted to endurance as well.