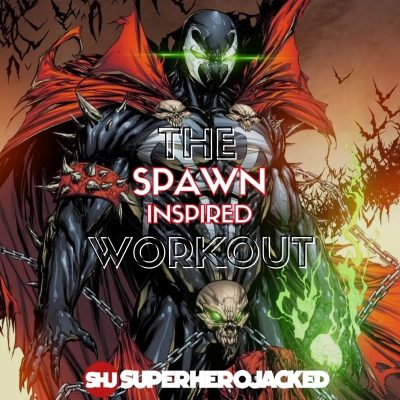 Adding Spawn to our Superhero Workouts has been a LONG time coming.

Somewhere along the line this year our request form got absolutely flooded with requests for more workouts being added to our Anime Workouts Database and it took over our daily workouts.

Recently however, there has been a new surge of requests bringing Spawn’s numbers way up and adding to the numbers that already existed in the past (when we really should have made him a priority here at SHJ).

Either way, though, he’s going to be extremely fun to build a routine around, and tons of members within The SHJ Army are waiting and ready to take it on and step it up a notch.

If you’re one of them: get ready to scale, because this won’t be easy!

Standing in at 6’2 makes Al Simmons about average height when compared to male celebrities on the site, but at 6’11 Spawn is a behemoth.

6’11 puts him well above almost all our male celebrities and in with some of our other monsters we’ve seen both in comics and anime. 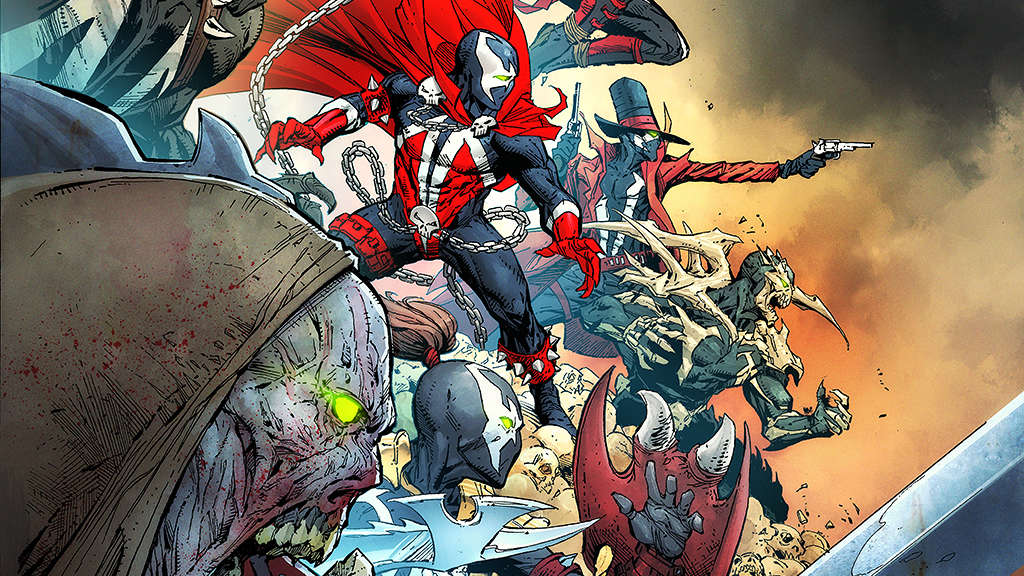 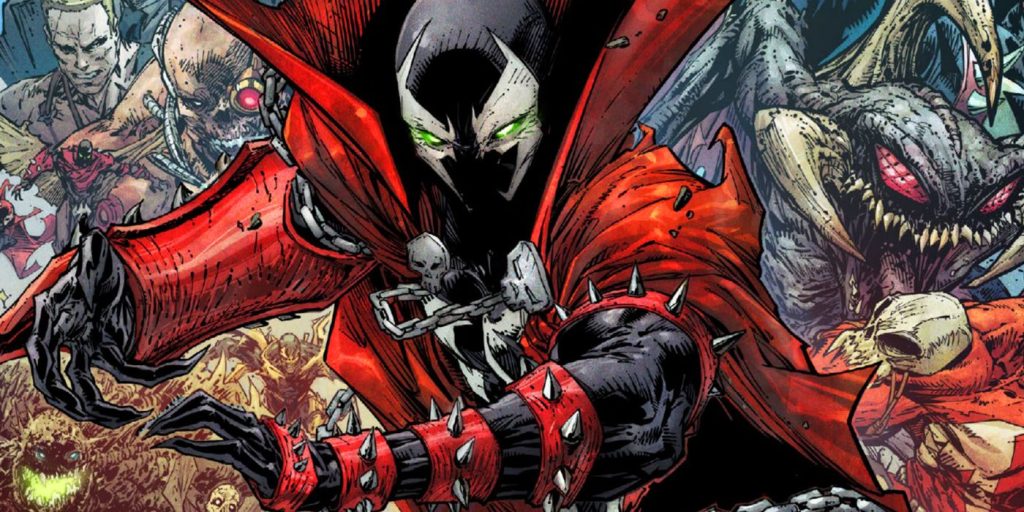 To build this one out we’re going to be pulling from Spawn’s Wiki Fandom page to learn a bit more and bring his background information into how we go about our training.

They start us off with a decent intro to his bio section, stating:

Albert “Al” Francis Simmons was born in Detroit, Michigan as the second of three brothers (Marc, Al and Richard) to Esther and Bernard Simmons. Simmons was a very gifted officer of the United States Marine Corps, where he attained the rank of Lieutenant Colonel. He later joined the United States Secret Service, which led to his transfer to the Central Intelligence Agency. In the CIA, Simmons was recruited by Director Jason Wynn into a special top-secret covert ops division known as the U.S. Security Group, an elite task force with jurisdiction in all domestic and foreign situations.

Jason Wynn (the director of the CIA) and Simmons began to butt heads more often and Simmons planned to resign.

Simmons was murdered during a mission in Botswana for the USSG’s Operation Knightstrike by fellow mercenary Bruce Stinson (aka Chapel) at the order of Director Wynn. Simmons was sent to Hell because of his life as an assassin. After arranging a deal with the being known as Malebolgia, Simmons agrees to become a Hellspawn in exchange for being allowed to see his wife Wanda Blake one last time.

So right off the bat we know we’re going to have some military style training in our workout regime, as well as stepping it up a notch passed just the basics of needing to pass the military initial tests.

Our Core 90 Day Systems, specifically our Assassin Calisthenics 90 Day System, have even been used to help train new U.S. Marines, so we know our way around some military training – and we’ll be using that in with some other things we’ve learned along the way while building out 1,000+ routines.

Moving into his powers and abilities section we are given A TON of information.

For the sake of this article and the space we’re working with I’m going to be pulling different sections that will specifically help us out, starting with:

Spawn’s body is quite dense, weighing over 450 pounds and is composed completely of necroplasm. This gives him superhuman strength, speed and durability. While he still has internal organs, they are only semi-functional, however their damage or destruction does not hinder Spawn at all. These organs magically re-appear when he regenerates his wounds. This may be due to Spawn’s inability to let go of his human self[citation needed], retaining his human organs even though he no longer requires them.

Having received decades of military training and had been a noted well experienced street fighter, it’s no doubt that Spawn is a master of hand-to-hand combat as well as martial arts. Having attained peak physical condition as a regular human, something he still retains after his death, he’s an exceptionally talented acrobat and athlete and in his early years showed great potential in someday becoming an olympic athlete. Spawn has mastered thirteen forms of martial arts throughout his life and career, all including: Judo, Jujitsu, Karate, Kung-Fu, Jeet Kune Do, Aikido, Taekwondo, Boxing, Brazilian Jujitsu, Hapkido, Muay Thai, Ninjutsu and American Karate. He also briefly studied Taekkyeon and was also highly adept in swordsmanship and marksmanship, mostly due to his years in the military. An intelligent man with a high interest in travel, Spawn can fluently speak ten languages all including: Japanese, Spanish, French, Chinese, Italian, Portuguese, Latin, Arabic, Persian and Russian.

They also go on to talk about his vast among of magical powers as well.

From there they move into saying:

Following the Armageddon storyline, Spawn’s power level has decreased, deriving most of the power he has left from his symbiotic suit.

Simmons is a highly trained soldier proficient in both armed ranged and unarmed melee combat. Spawn’s training is to the extent that he chooses to use firearms over his magical abilities.

Spawn has an ability to “feel”, or “sense” or “be cognizant of” misery, pain and hatred as both a gift and punishment given to him by The Keeper, an agent of the Emerald Parliament of Greensworld. He is aware, even subconsciously when someone is attacked or murdered because he has gained a further affinity with the creatures of the night and shadows and through them experiences the anguish of all mankind.

And if you want to learn more you can jump into his full Fandom page and they give another handful of paragraphs with breakdowns!

As I mentioned above we’ll be using military style training, but we also have to incorporate the fact that Spawn also has superhuman strength, speed and durability, while weighing over 450 lbs. and having insane mass.

So while we will use parts of our Superhuman System and Assassin Calisthenics System – the main portion of this we’ll be pulling from is our Behemoth Program to work around a 4 day muscle and strength split while also incorporating hints of endurance work to be a well-rounded superhuman.

Be ready for tons of volume, heavy weights, circuits with high intensity, and cardiovascular endurance work!

For this one we’ll have 4 days of weightlifting with some short endurance work, a day devoted to a Hellspawn Circuit Test, and a final day devoted to some longer distance endurance training while giving our muscles a rest (and the last day of the week being a mandatory full rest day).

Friday: Marine Corps/Assassin/Spawn Back and Biceps