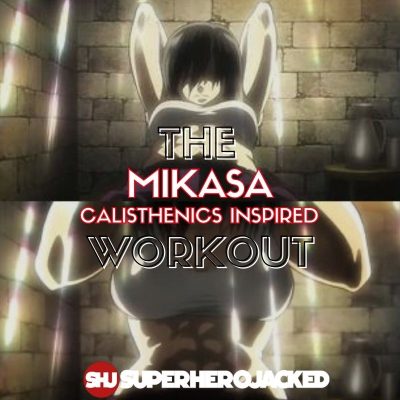 Mikasa Ackerman is one of the most popular anime characters in our entire Anime Workouts Database.

We had members of the SHJ Army flood in to use her original workout routine within our Attack On Titan Inspired Workouts – and now we’re finally back for a calisthenics version of her routine.

We will break it down a bit more in our workout research section, but we’ve obviously seen Mikasa enough times to know that we’ll be training Training Corps and Survey Corps inspired methodology – so be ready for some intensity!

I’ll make it extremely scalable, but we’re not working with just some random character.

And that’s naming just a couple of the lists she’s made it on thus far.

Mikasa is actually quite tall compared to our anime characters. 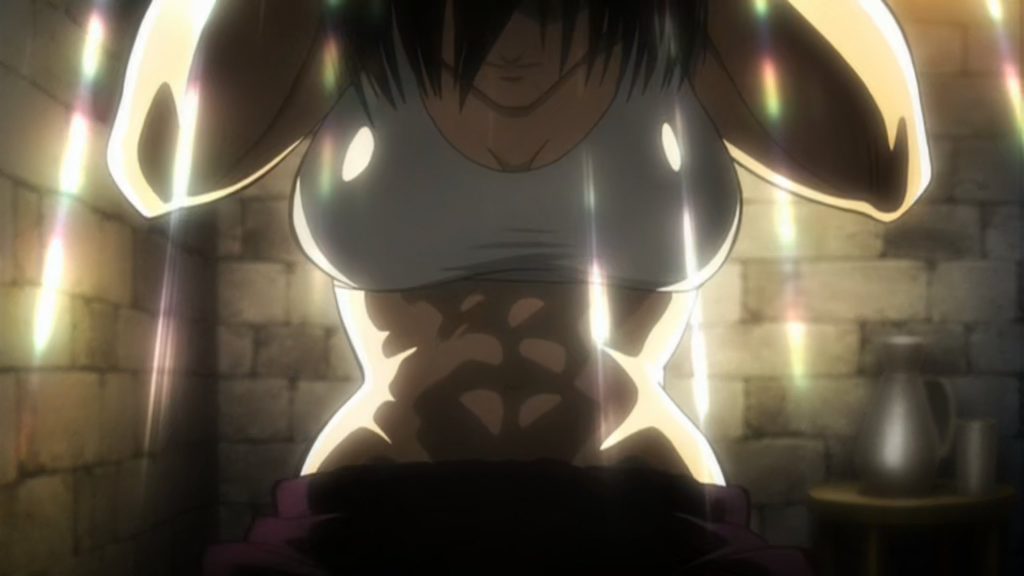 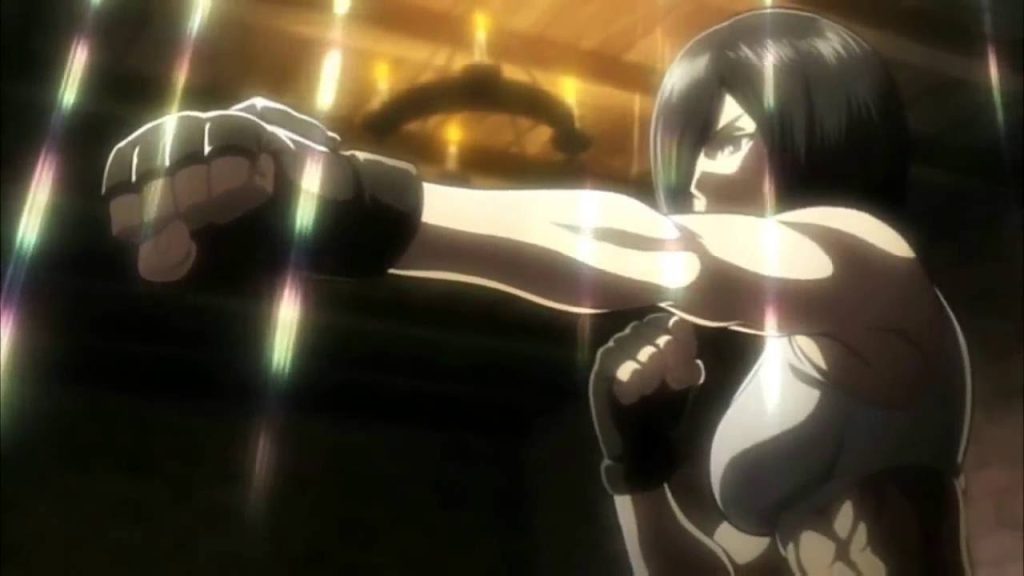 If we start off with some intro research into Mikasa Ackerman, pulling from her Wiki Fandom, they give us a decent sized bio to build on.

Mikasa Ackerman is one of the two deuteragonists of the series, along with Armin Arlert.

After her parents were murdered by human traffickers, Mikasa was rescued by Eren Yeager and lived with him and his parents, Grisha and Carla, before the fall of Wall Maria. She is the last descendant of the Shogun clan that stayed on Paradis Island, thereby related to the Azumabito family, and holds significant political power in Hizuru.

Though she desires only to live a peaceful life, Mikasa entered into the military—where she is considered the best soldier among the 104th Training Corps. She later enlists in the Survey Corps to follow and protect Eren, becoming one of its greatest assets. She is currently serving as an officer in the Corps.

The most important part of this is the last paragraph, which we’ll be building on by talking about Mikasa’s overall abilities.

They start by talking about his Vertical Maneuvering Equipment and usage of Thunder Spears:

Vertical Maneuvering Equipment: While she was still training, Keith even noted that Mikasa’s performance is exemplary in every subject and that she is truly a genius. Having a prodigious skill in vertical maneuvering equipment, she can use blades to easily strike and slash Titans with speed and efficiency. This has led to her being mentioned as a military genius many times and “as valuable as a hundred average soldiers.” Her mastery and remarkable will allows her to display a lethal force against Titans rarely seen among soldiers, recruits or veterans alike. This has been proven true when she took on Annie in her Titan form, who had killed numerous experienced veterans with ease before, and survived.

Usage of Thunder Spears: While being a new way of weapons manipulation, Mikasa easily mastered how to use Thunder Spears. She has the strength to carry up eight spears with ease, before simultaneously throwing and detonating them on Titans with greater accuracy than the weapon inventor.

From there they continue on to talk about her strength.

Strength: Owing to the need to protect Eren who often runs off looking for trouble, Mikasa had honed herself to be a talented fighter at a very young age. She often threw boys bigger than her with ease and scared them enough to run away upon seeing her despite their superior numbers. Having undergone intense training, Mikasa is strong enough to lift Eren and several equipment boxes off the ground without effort.

And then finally they end off her abilities section with her “Awakened Power”, which they explain as follows:

Awakened Power: Being an Ackerman, Mikasa has “awakened” a dormant power within her earlier in her life when her parents were murdered and she was going to be kidnapped until Eren saved her. It has been described as “knowing exactly what needed to be done,” developing fighting instincts and perfect self-control of her body far above the average human. This is because she can access the Power of the Titans to a limited extent without transforming. She is able to connect to every single Ackerman before her via the paths and gain their battle experience.

Being the child of an Ackerman and an Asian, Mikasa retains the ability to resist memory manipulation from the Founding Titan.

We’re not going to be able to train around her awakened power as much as her other abilities, but we’re definitely training around her strength, endurance, and overall toned and shredded aesthetic.

For that we’ll be using strictly calisthenics (as you should know by now), mixed with endurance and high intensity training.

Mikasa just recently came in at number three among the most muscular anime girls of all time – so that’s going to be a big factor in our training as well.

Get ready for intensity, but don’t worry if you’re coming in from a beginner to intermediate perspective – I’ll leave plenty of room for scaling to be done and even give notes.

For this one we’re going to be training with 3 days a week with supersets and intensity calisthenics, a day devoted entirely to Training Corps endurance, and a final day that will be a Mikasa Circuit Test to really test your skills either weekly, biweekly, or even monthly.

B. Wide to Close Squats

A. Wide to Close Push Ups (or Knee Push Ups)