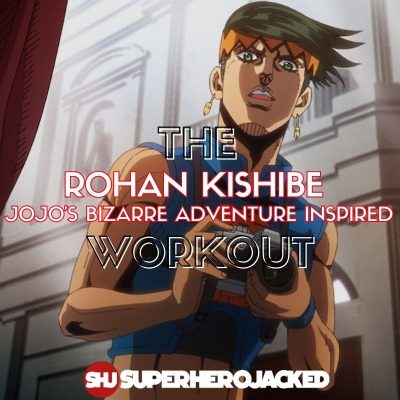 You guys made it very clear you want more characters added to our JoJo’s Bizarre Adventure Inspired Workouts!

So we’re back for Rohan Kishibe!

Naturally, many of our JoJo characters are massive behemoths like Jotaro, Jonathan, Joseph, Polnareff, Speedwagon and others – but I like bringing in some shredded and toned characters as well.

This also allows us to build out some around calisthenics training (bodyweight training) like we did for Diavolo!

That said, he’s going to make a great addition to our JoJo Workout Placement Quiz as well so you guys have plenty of ways to switch it up and jump through different characters.

Rohan’s height and weight isn’t available exactly but some JoJo fans put together an awesome breakdown of him standing next to other characters (whose height we DO have) and land him around 5’9.

And although we don’t have his weight readily available we can still get a great idea of the body type we’re working around. 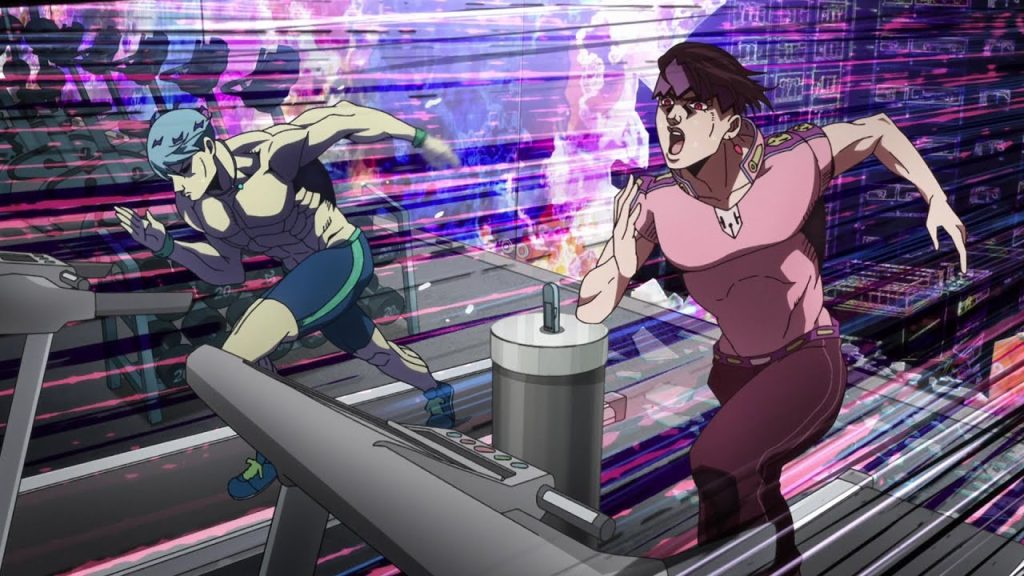 To learn more about Rohan I’ll be pulling right from his Wiki Fandom page, starting with this:

Rohan Kishibe is a major ally introduced in Diamond is Unbreakable. First featured as an antagonist, he cooperates in the search for Yoshikage Kira.

A successful professional mangaka, Rohan is often roped into paranormal events while conducting research for his latest manga. He is a Stand User who uses his Stand, Heaven’s Door, to transform others into books and read them for inspiration.

He is notable for being featured as the protagonist in a variety of spinoffs to the main JoJo story, including the series Thus Spoke Kishibe Rohan; Rohan at the Louvre, and Rohan Kishibe Goes to Gucci.

From there I want to skip ahead and go to Rohan’s abilities being that the majority of this routine will be built around his lean and toned physique I’ll finish off with that portion of our research.

Here’s what they tell us about his Stand, Heaven’s Door:

Heaven’s Door enables Rohan to transmute people into “human books”, with written pages unfurling from their bodies. These pages relate detailed information about that person, including biological characteristics, history, personality, or even details of their Stand and its abilities.

Rohan’s Stand Heaven’s Door was acquired when he was shot with the Arrow and its nature likely originated from his zeal for drawing manga. Rohan states that compelling manga requires a quality that may only be drawn from reality, both for its sensory variety and the depth of experience that humans accumulate.

They also go on to talk about Rohan’s dexterity and mastery, but neither will really help us build our workout.

Instead, what I’ll be discussing is his physique.

Obviously Rohan doesn’t have massive muscles like some of our other JoJo characters, but he is always shown as being toned and shredded, which is exactly what we’re going to be looking to accomplish with this one.

A lot of this is going to be high intensity and endurance work (we see Rohan running on multiple occasions – and although he isn’t as jacked as Yoma Hashimoto, we’ll be looking to use it to shred fat) but I’ll also be including base calisthenics work as well to help you build and tone while you shred.

For this one we’re going to be hitting some calisthenics and core three days a week with short distance cardio and/or HIIT and then 2 days a week we’ll be running or doing some other variation of endurance work for 45-60 minutes (or longer) to really focus in on shredding fat while toning up as much as possible like Rohan.  I’ll be providing extra resources if you’d like to switch it up and use different forms of HIIT or cardio.

Complete Running or Use Resources Above: