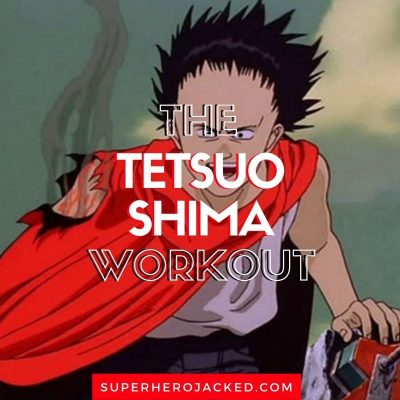 We’ve been adding to our Anime Workout Database like crazy recently!

Partially because we’ve been working on a new format of listicles for you guys to utilize, and also because we’re slowly working towards our Strongest Anime Characters of All Time list!

We saw The Most Powerful Dragon Ball Characters of All Time, but have also recently added characters like Isaac Netero, Inuyasha, Alucard, Beerus and more; who all have a chance at showing up on the big list we have planned!

But we’re definitely in for a twist with a Tesuo Shima’s workout routine!

We’re seeing two anime characters around 5’3 this week, except one is only 16 while the other is over 110 years old.

If you’re confused, Tesuo Shima is 16, and Isaac Netero is the older! 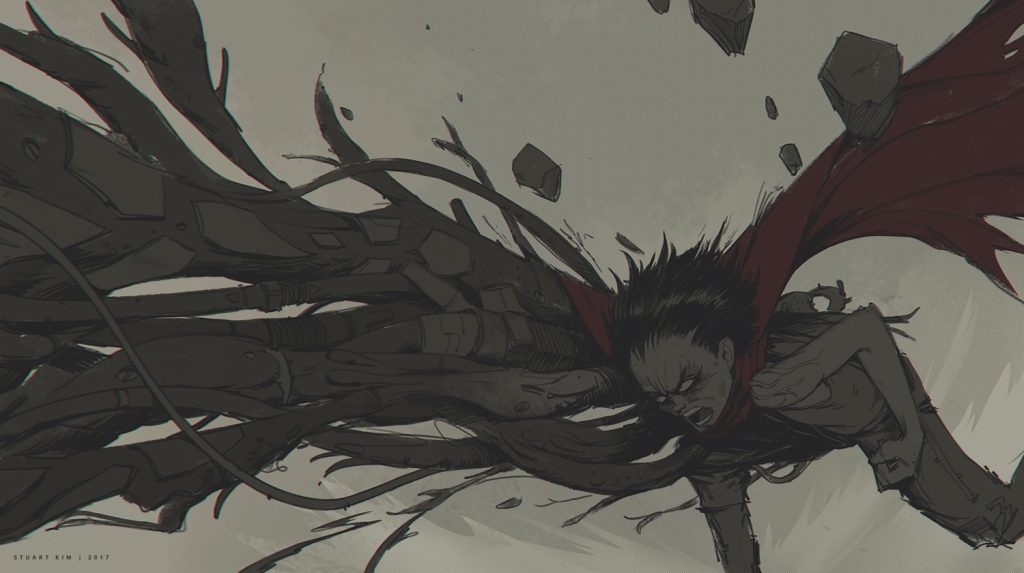 I’ll be completely honest when I say that I didn’t really know who Tesuo Shima was until I began researching the strongest anime characters out there.

I hadn’t even heard of the AKIRA franchise at all, actually.

So, if you’re like me and potentially just here because you know he’s incredibly strong, I definitely want to get us started with some background information before we begin talking about his powers and abilities.

For this we’ll be working with his Wiki Fandom.  Here’s how they start off his brief bio:

Tetsuo is both the deuteragonist and main antagonist of the AKIRA franchise. Thematically, he represents the destructive potential of power in the wrong hands.

I’m sure you could already tell that Tetsu isn’t your average anime character just by those first two sentences.

Since we’re only working with a film that is based off a larger manga I’ll be working with his manga Wiki Fandom as well.

Firstly, though, I want to share what his anime Wiki Fandom tells us about his “personality” (although having some pretty good character depth to the description):

Tetsuo’s most prominent characteristic is his inferiority complex. Despite Kaneda’s efforts to foster a brotherly relationship with him, Tetsuo feels like he is being bossed around and treated as a subordinate. On the surface, Tetsuo has a rather fierce temper, is rather impulsive, and tends to make rash decisions. Like all other members of The Capsules, he has little to no respect towards authority figures. However, it is likely that he chooses to hide insecurity and sensitivity behind this aggression. This can be inferred through the way he is characterized in flashbacks, especially when compared to Kaneda at the same age.

After acquiring the powers of the Espers, and surviving their attempt to kill him, his personality takes a drastic turn for the worse. He storms through Neo Tokyo in order to find Akira, carelessly using his psychic powers to harm the attacking military and civilians alike. After this rampage, he taunts and attacks Kaneda in an effort to boost his own ego. Despite his poor treatment of, and expression of disdain for Kaneda, he becomes genuinely frightened when his body expands beyond his control, knowing full well they were both powerless to stop the mutation.

This gives you a pretty good idea of his character and a glimpse into how he got his powers.

If we jump over to his Wiki Fandom based on the manga they share this about his powers and abilities:

Tetsuo’s latent psychic talent first starts to awaken when he crashes into Takashi. As a result of the government’s experimentation, the development of his powers is artificially sped up. His body also became stronger as a result, developing superhuman healing abilities, endurance, and temperature resistance amplified by his psychic powers.

Tetsuo uses telekinesis (on objects and himself), teleportation, mind reading and force field that allow him to survive in space. After his arm is blown off by the SOL satellite weapon, he uses technopathy to form a prosthetic. Eventually, he learns to manipulate and block light. When fighting Kei, he produces a powerful blast of psionic energy yet unrefined as it split off in multiple directions.

Later when the power takes over his body, its capabilities far exceed Tetsuo’s individual limitations. At this level of power, displayed in Tetsuo and Akira, they could create a big bang in an alternate universe.

So not only is Tetsuo Shima a much different character than we’re used to seeing, but his abilities are also different than what we’d normally be working with.

For this one we’ll be keeping in mind that his strength level went up, but also focusing in on his overall aesthetic like we’ve done in the passed for some other characters, on top of increasing that strength a bit to compensate for his overall power levels and fitting in his endurance as well.

Think you’re ready to train like a test subject?!

For this one we’re not training like one of the characters we’ve seen that are so powerful with strength, agility, and all sorts of incredible powers, but rather to focus on enhanced strength, endurance and an athletic physique. For that reason we’ll be using 3 days a week consisting of full body and ab/calisthenics workouts with 2 options days devoted to option resources that range from bonus cardio, to HIIT, Parkour and MMA.