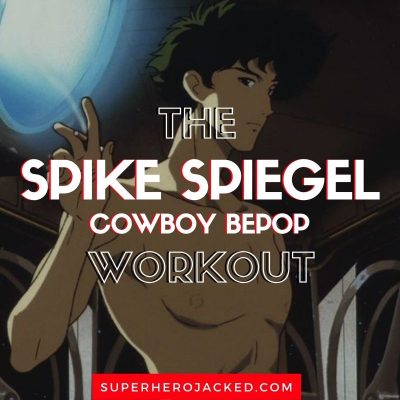 It’s about time Spike Spiegel and a Cowboy Bepop Inspired Workout finally make it into our Workout Database.

The SHJ Army has been LOVING our anime inspired workout routines so much, and they’re not the only ones who are going through an anime craze…

Netflix shared their anime numbers for 2020, and pandemic or not, the numbers were mind-blowing.

Anime is here and it’s not going anywhere; aside from also live-action, of course!

Our Anime Workouts Database has been getting the love, and with all that I just mentioned, you don’t have to worry about that coming to a halt any time soon.

We’ll even finally be getting our Most Powerful Anime Characters of All Time listicle next week!

Spike Spiegel is technically super tall for his 155 lbs.

Although his physique definitely shows off a lean, toned and slender aesthetic. 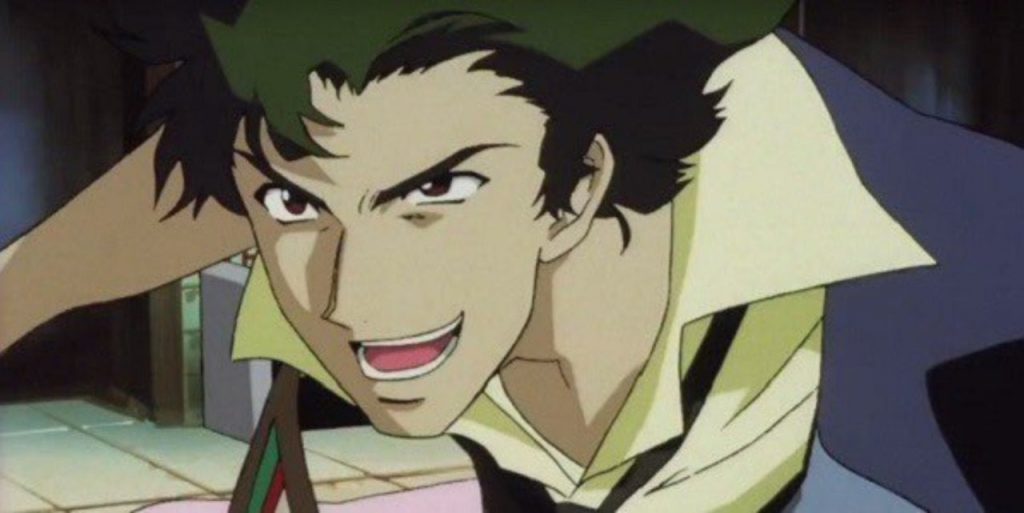 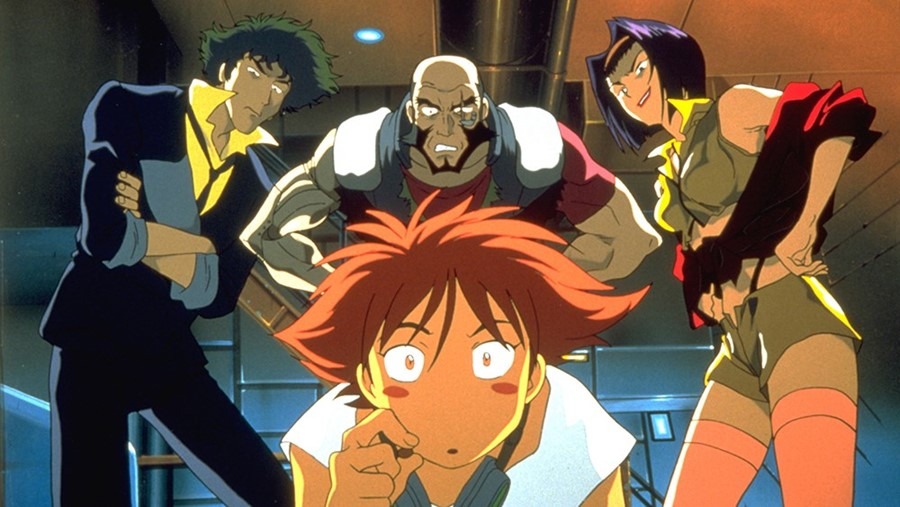 To start us off, let’s talk about Spike Spiegel and Cowboy Bepop.

For that we’re going to be pulling from his Wiki Fandom, which they tell us:

Spike Spiegel is a former member of the Red Dragon Crime Syndicate, who left by faking his death after falling in love with a woman called Julia.

He then became a bounty hunter and the partner of Jet Black, the captain of the Bebop. Spike and Jet pursued criminals across the populated planets and moons of the solar system. His ship was the Swordfish II.

During his adventures on board the Bebop, Spike is drawn back into a bitter feud with Vicious, a rival from the Syndicate who seeks to kill him.

Spike is not a typical anime character or superhero for us to see at SHJ and base a routine on.

He doesn’t have the typical powers and abilities we’re used to seeing.

Here’s what his Wiki Fandom lists for his abilities:

Spike has many talents and abilities, including very sharp eyesight, abnormally acute perception, and extraordinary luck. It’s implied he has little trouble recovering from even fatal injuries after a few days and usually has strong endurance against pain during fights.

Spike makes use of sleight-of-hand techniques to win card games, pick pockets, and even to slip things onto other people unnoticed. He is well-versed in weaponry (such as his personal Jericho 941, or Ruger P85, as well as other guns and explosives) martial arts fighting, and hand-to-hand combat skills due to his past employment with the Red Dragon crime syndicate and occasional training on the Bebop. He follows Jeet Kune Do, the mindset developed by Bruce Lee, though he has a penchant for high kicks of French boxing.

Spike is also a pilot, and flies a converted Asteroid racer called the Swordfish II, which is armed with four machine guns, multiple missile launchers, and a single plasma cannon. Spike has repeatedly demonstrated an exceptionally sharp intellect, although he has a habit for neglecting to plan ahead, as noted by Jet. Spike has repeatedly been able to outwit the entire Red Dragon syndicate, predict the moves of his opponents (whether in combat or in the casinos), and use lateral thinking to get out of virtually every situation life throws at him. Spike can also regurgitate objects he swallows at will, like a casino chip or cigarette and spit them back out.

So he does have combat skills, which means he is in great shape, but he’s definitely no Baki.

While I will be sharing a handful of mixed martial arts resources into the mix to help us keep up with that Jeet Kune Do, we will mainly be focusing on obtaining his overall aesthetic and physique…which is lean and toned!

For that we’ll be sticking to calisthenics focused training which comes in a perfect time with many members of The SHJ Army looking to train from home while some gyms are still closed.

To become Spike Spiegel we don’t have to train like crazy, but we do need to train to get a fairly chiseled physique.  We’ll be doing three days of calisthenics training paired with your choice of either high intensity interval training, long distance cardio/endurance training or mixed martial arts training another 2-3 days per week to shred fat and give us that lean and toned physique that Spike has.

**I’ll provide Mixed Martial Arts, HIIT and Cardio Resources at the end of the routine.**