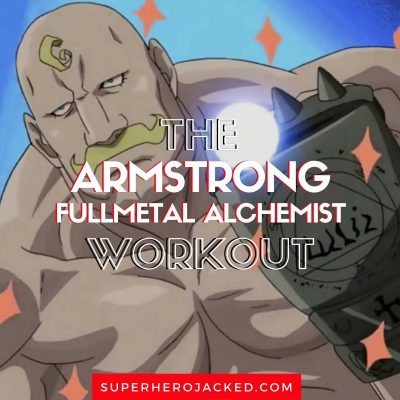 We’re working our way through some new Fullmetal Alchemist inspired workout routines, and we’re now up to our Strong Arm Alchemist!

The members of The SHJ Army made it very clear that our Anime Workouts Database is missing some more FHA.

Up until this point we’ve had our Edward Elric Workout and along with Armstrong’s Workout this week we also already had our Roy Mustang Workout as well.

I chose Roy Mustang and Armstrong for obvious reasons to follow up Elric, but I’m excited to be moving from a military style workout to a strongman type with this one!

Armstrong is one of the behemoth anime characters I’ve talked about in some other character’s articles, like Roy Mustang’s.

Among anime characters he towers over them, standing in there with characters like Bane and Thanos! 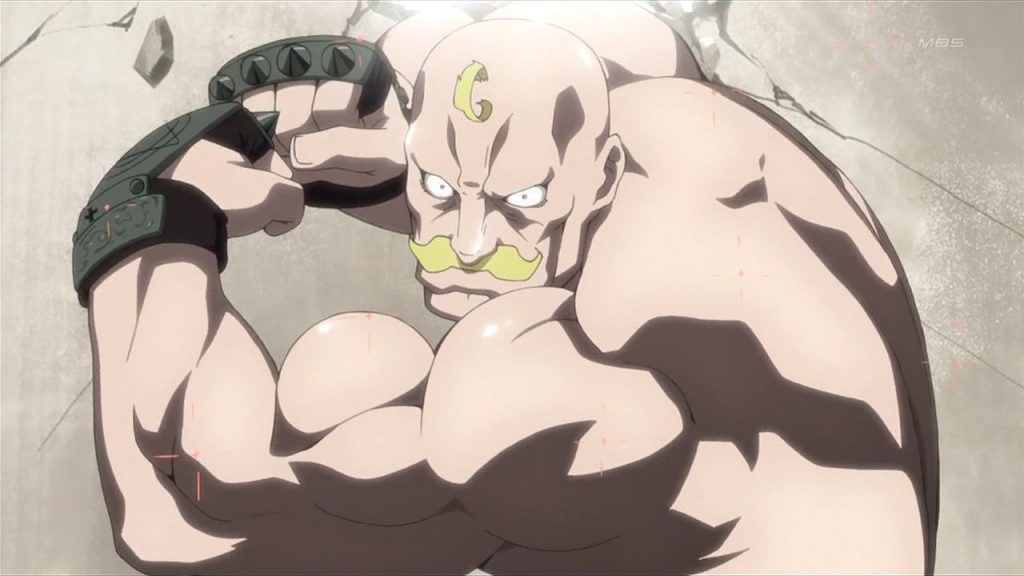 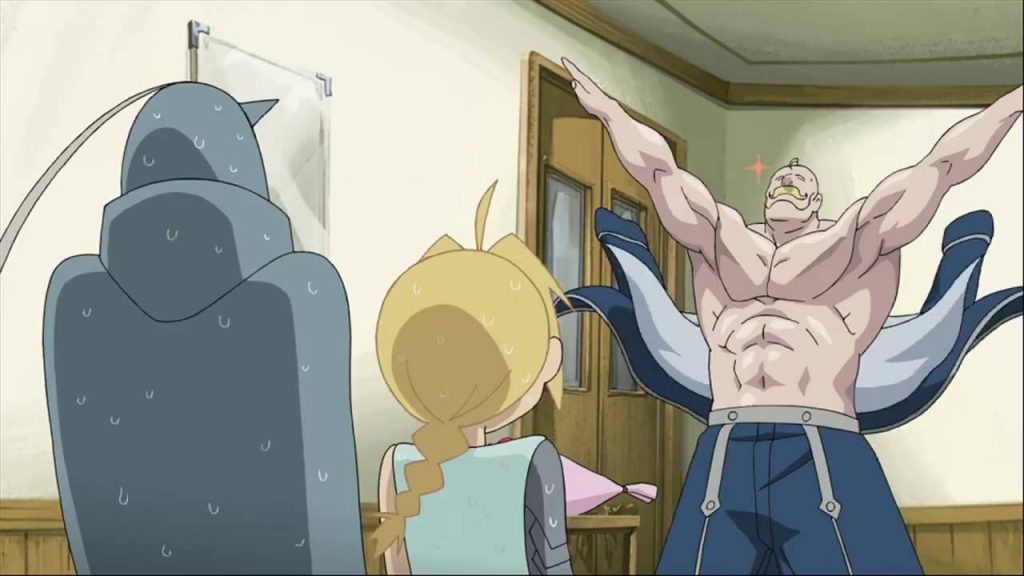 To get us started I want to pull a brief bio from Armstrong’s Wiki Fandom, which they say:

Major Alex Louis Armstrong, also known as the Strong Arm Alchemist, is a State Alchemist and officer in the Amestrian State Military. The scion of the illustrious Armstrong family, Alex is a remarkably caring commander and friend as well as an invaluably skilled ally to Colonel Roy Mustang and Edward Elric.

And although we built Roy Mustang’s routine based on military style and tactics, we won’t be doing the same for Armstrong.

Outside of his obviously muscular and gigantic physique, Armstrong has a lot of other abilities.

Remarkably talented in many fields, Alex excels in such eclectic practices as portraiture, tracking, cross-country running and wood-chopping, taking the time after each of these extraordinary feats to remark that his skills have been “passed down the Armstrong line for generations.”

The weird piece of information here is that Armstrong excels at cross-country running, which is generally going to be a much different style of training than we’d see from a Strongman, or in the FHA World: Strong Arm.

That being said, it’s something we need to recognize before moving onto his other skills.

His Wiki Fandom continues by telling us about his combat skills:

Armstrong is also a highly formidable hand-to-hand combatant, able to fight on equal grounds with such highly skilled and dangerous fighters as Scar and The Chimera Roa. Befitting his large and well-defined physique, Armstrong possesses tremendous strength and endurance bordering on superhuman, able to endure with only minor damage blunt force trauma that would render most people unconscious or crippled. His punches are able to easily plow through solid surfaces and his strength is able to nonchalantly move large and heavy objects out of the way. Despite his size, he has been noted to be deceptively fast and agile, able to dodge and maneuver against close-range attacks with surprising balance and efficiency. Armstrong’s combat style resembles boxing using strong and swift punches to overwhelm an opponent and agile dodges and swift footwork to evade attacks.

The big part of this I want to focus in on is: “Armstrong possesses tremendous strength and endurance bordering on superhuman”.

His Wiki page then finishes off his ability section by telling us about his alchemy:

Major Alex Armstrong utilizes a style of combat alchemy that has apparently been passed down the Armstrong line for generations and mixes alchemical skill with physical prowess. With the aid of two metal gauntlets strapped to his fists (both marked with transmutation circles), Armstrong transmutes objects mainly by punching them. It is possible that this method transfers the kinetic energy of his blows into the alchemical energy, enhancing the speed and force of his transmutations, since he mainly uses alchemy to rapidly produce large stone spikes, walls or other objects from the earth at a rate among the fastest in the series. The spikes in particular are extraordinarily sharp and strong, as they managed on several occasions to tear right through the Homunculus Sloth without being affected, whereas bullets, rockets and even tank shells had no effect on him. Additionally, the Armstrong style allows Alex to double as a source of heavy artillery, transforming raw stone or brickwork into projectiles which are then launched with the force of his punch. With his Alchemy being combined with hand-to-hand combat, it is notable that Alex is the first of the few State Alchemists to survive a direct fight with Scar.

So what we have to work with:

Thankfully the endurance will pair well with he running, although it doesn’t necessarily all go with the super-strength training.

For this we’re going to use a Strongman style workout routine and then build around it with some basic running and endurance work that can also be paired with some mixed martial arts training I provide resources for.

Get ready to lift!

Your gym-based Strongman training is going to be 4 days per week.  I’ll also provide you with resources for running and mixed martial arts to include another 2 days of training if you’d like to train even more like Armstrong and his cross-country running.