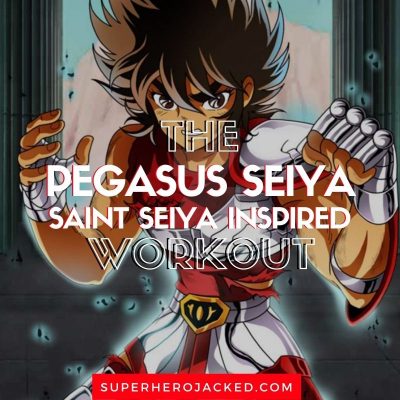 Pegasus Saiya and Saint Seiya will be the first of a handful of anime characters that have been requested but are now being prioritized for one of our upcoming mega listicles!

We’re going to be discussing the best anime to watch on Netflix, and Saint Seiya is one.

Luckily for us: Pegasus Seiya is definitely a character that deserves a spot within our Anime Workouts Database.

Seiya, as we’ll learn more about in our workout routine research section has a ton of power and will make an extremely fun character to build a workout around.

He also joins one of the many anime characters on the site that are teenagers with insane powers and abilities!

Pegasus Seiya’s height is actually around average when compared to other anime characters we’re used to seeing here at SHJ.

It is important to remember he’s also only 13 years old! 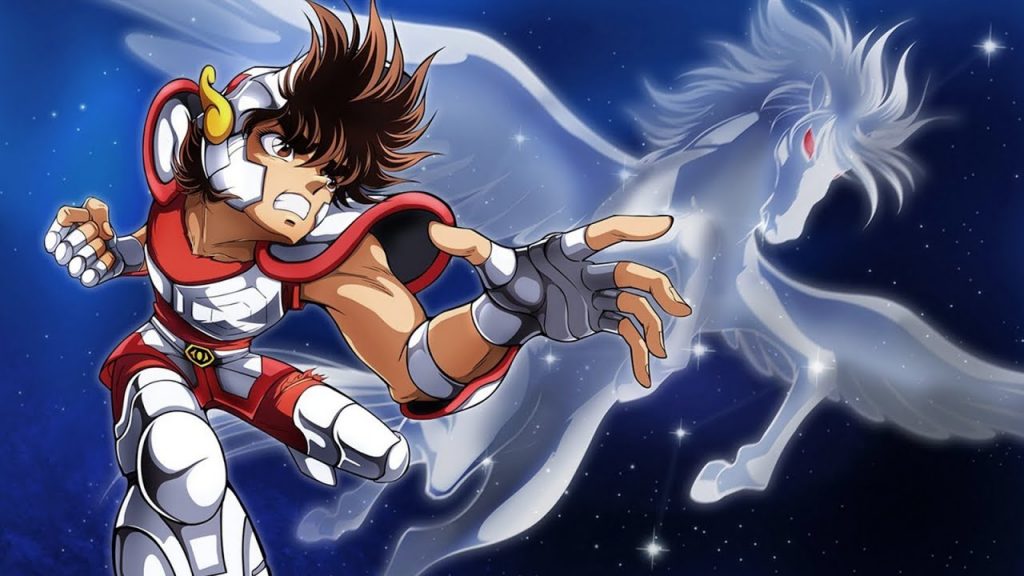 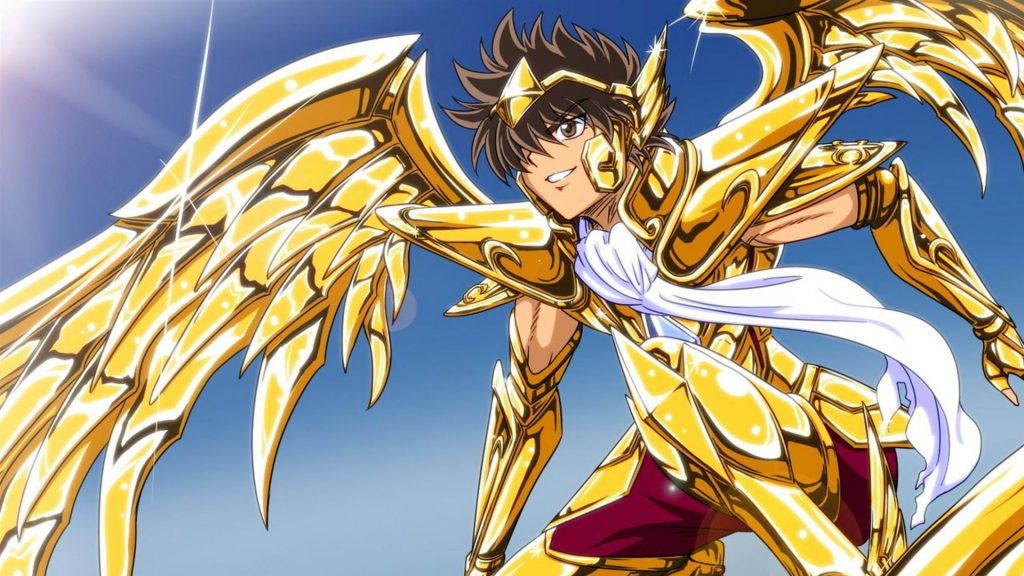 To start us off we’re going to be pulling from Pegasus Seiya’s Wiki Fandom page with a bit of a bio:

Seiya also known as Pegasus Seiya is the title and main protagonist of the Saint Seiya manga and anime series written and illustrated by Masami Kurumada. Seiya is one of Athena’s eighty-eight mythical warriors known as the Saints who are serving their goddess throughout the ages, protecting justice and peace on Earth. Seiya is also one of the forty-eight Bronze Saints and is protected by the Pegasus Constellation so he wears the Pegasus Cloth.

I shouldn’t have to explain that it’s pretty obvious we’re going to be working around building a routine to turn us into a mythical warrior….which means you need to prepare for a tough one!

Jumping over to another Wiki Fandom we can pull a ton of information on Seiya’s powers and abilities.

On top of all this, they also talk about his Cosmo Power:

Immense Cosmo Power: While only a Bronze Saint, Seiya has been noted to have vastly immense levels of Cosmo, well beyond average Bronze and Silver Saints; even by Gold Saint standards. His power is enough to rival even the strongest Gold Saints in the 20th Century. His unique level of Cosmo reserves is so vast, that he could raise his own to its maximum peak, increasing all of his fighting capabilities even further. Furthermore, being a reincarnation of the God Slayer Pegasus, Seiya is capable of increasing his Cosmo to the point where he can wound various Deities. His Cosmo is blue in color.

That’s the stuff we’re NOT going to be able to train for.

Thankfully his speed, strength, reflexes, and endurance are PLENTY to build a routine around.

We’re going to be lifting weights 3 days a week, running one day per week and then taking on a challenge circuit a final day of the week to see how we can improve over time.

Work your way up to Saint-like endurance by running based on your current fitness level.

Utilize other HIIT Workouts to Sub in and out with this challenge or take on Benchmark Workouts within our Core Programs.