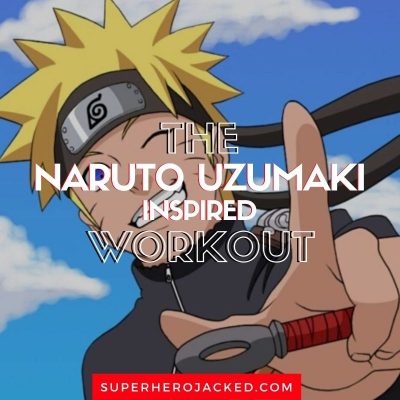 And, if you’ve been around at SHJ for a while you know we have our original inspired Naruto Workout, BUT, this time we’re going to be hitting the weights to train like him.

Yes, you should be scared!

Naruto as a show has made it to the top of lists like The Top 10 Most Popular Anime of All Time and Best Anime to Watch on Hulu; and Naruto as a character has even made it to our Most Powerful Anime Characters of All Time.

So, we’re not messing around.

For this one I listed Naruto at his heaviest and tallest during “The Blank Period”.

Technically we get to see Naruto from ages 12-17+, though! 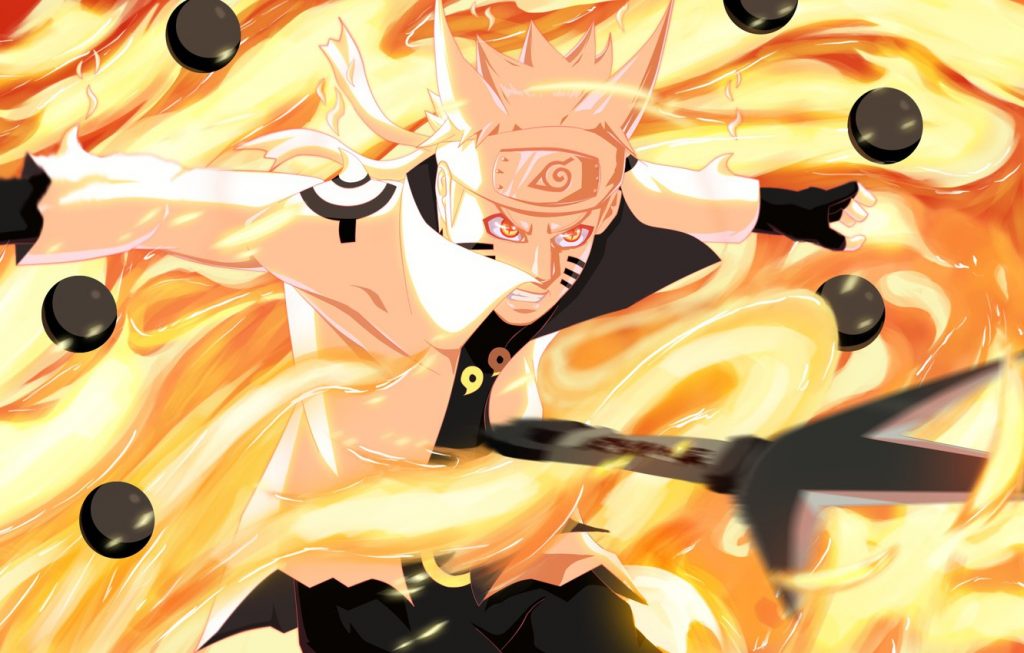 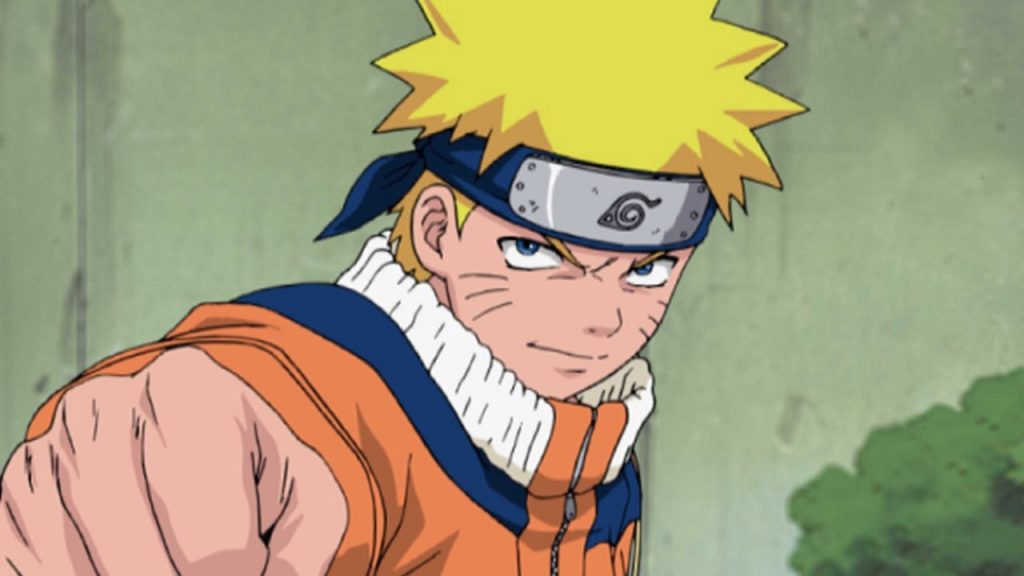 Even though we’ve been through it a bunch for our original article, I am still going to be pulling from Naruto’s Wiki Fandom to talk about how we’re going to be building out this routine.

Starting off with his bio, here’s what his Wiki tells us:

Naruto Uzumaki is a shinobi of Konohagakure’s Uzumaki clan. He became the jinchūriki of the Nine-Tails on the day of his birth — a fate that caused him to be shunned by most of Konoha throughout his childhood. After joining Team Kakashi, Naruto worked hard to gain the village’s acknowledgement all the while chasing his dream to become Hokage. In the following years, through many hardships and ordeals, he became a capable ninja regarded as a hero both by the villagers, and soon after, the rest of the world, becoming known as the Hero of the Hidden Leaf. He soon proved to be one of the main factors in winning the Fourth Shinobi World War, leading him to achieve his dream and become the village’s Seventh Hokage.

The big part of what we’re going to be working with, if it wasn’t obvious, is Naruto’s powers and abilities.

There’s a ton of information on Naruto’s Wiki Fandom page, and we won’t be able to share all of it, but here’s how they start us off:

Originally, Naruto was a rather inept ninja, failing to graduate from the Academy three times. Through sheer determination and training however, his skills rapidly improved to defeat strong genin like Neji Hyūga, Gaara, and Kabuto Yakushi, earning acknowledgement from all the Sannin for his potential. Under various tutelage, Naruto was able to defeat various members of Akatsuki, ultimately earning praise from Konohagakure as a Hokage-material hero. Naruto’s personally defeated various reincarnated Kage and jinchūriki during the Fourth Shinobi World War. He also could compete against if not defeat world-threatening opponents, such as Madara Uchiha, Kaguya and Toneri Ōtsutsuki. Many believe Naruto was the central key to winning the war. By adulthood, his prowess made him the Seventh Hokage, regarded as the strongest shinobi in history and having command of overwhelming jutsu. With the combined might of Sasuke Uchiha, noted as the only shinobi to rival him, they are said able to destroy a continent. Together, they overpowered transformed Momoshiki Ōtsutsuki, and pushed Isshiki Ōtsutsuki’s vessel to its limit, with the latter admitting that his vessel was too weak to defeat Naruto without his assistance. In fact, Amado believes that Naruto and Sasuke are the only ones capable of defeating Isshiki in his imperfect reincarnation, something that he himself also believe in. Once fighting at his absolute peak, Naruto was able to overcome Isshiki in a way that made him afraid for his life.

To pull directly from that and talk about just how strong Naruto is, here’s a snippet that I want to drag out:

By adulthood, his prowess made him the Seventh Hokage, regarded as the strongest shinobi in history and having command of overwhelming jutsu. With the combined might of Sasuke Uchiha, noted as the only shinobi to rival him, they are said able to destroy a continent. Together, they overpowered transformed Momoshiki Ōtsutsuki, and pushed Isshiki Ōtsutsuki’s vessel to its limit, with the latter admitting that his vessel was too weak to defeat Naruto without his assistance.

So for this one we’re going to be acting as though we’re training to go from Naruto in his days of failing the Academy three times to Naruto, the strongest shinobi in history.

I’m going to be sharing endurance training and parkour training resources so that you can unleash your inner ninja, BUT, this routine will be primarily built around Naruto’s strength and speed with a bit of a more typical style of it.

If you’re looking for a calisthenics routine then you’re going to want to go with our original Naruto Workout.

Get ready to hit the weights and hit intensity!

The core of this routine is going to be built around a 4 day weightlifting split and then you’re going to add in 2 days of HIIT; with parkour and mixed martial arts to be added in as you can within your own spare time.

A. Curl to Press