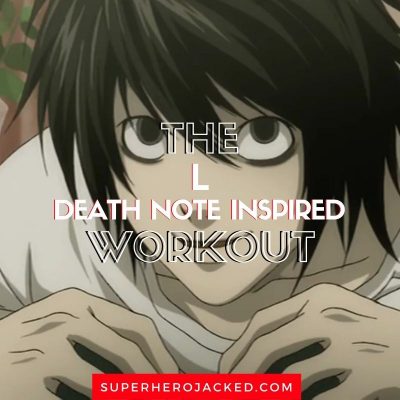 L Lawliet from Death Note may definitely be one of the few characters on the site you have to stop and think about in terms of “why”.

BUT, we’ve seen our Light Yagami Inspired Workout and now it’s time for L’s time in the limelight.

Actually, The SHJ Army requested him numerous times, and he’s one of the most popular anime characters there are – so it only makes sense that he gets a spot in our Anime Workouts Database to motivated people to start training – regardless of your starting point.

Light Yagami actually came in as an honorable mention among The Most Powerful Anime Characters of All Time and Death Note has been listed Best Anime to Watch on Netflix Right Now – so L is just joining in on the action!

L is actually fairly tall compared to a lot of the male anime characters we’ve seen. 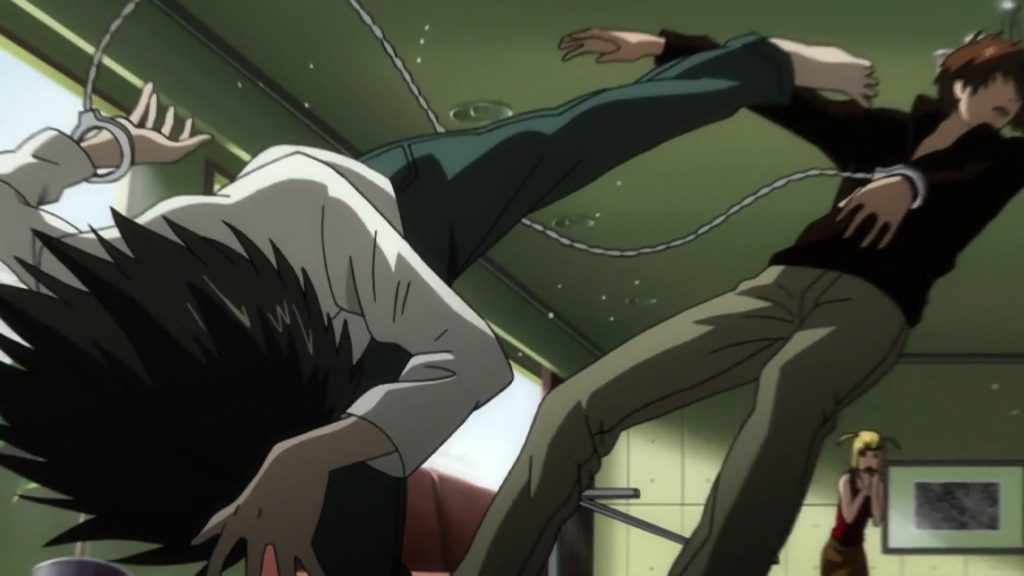 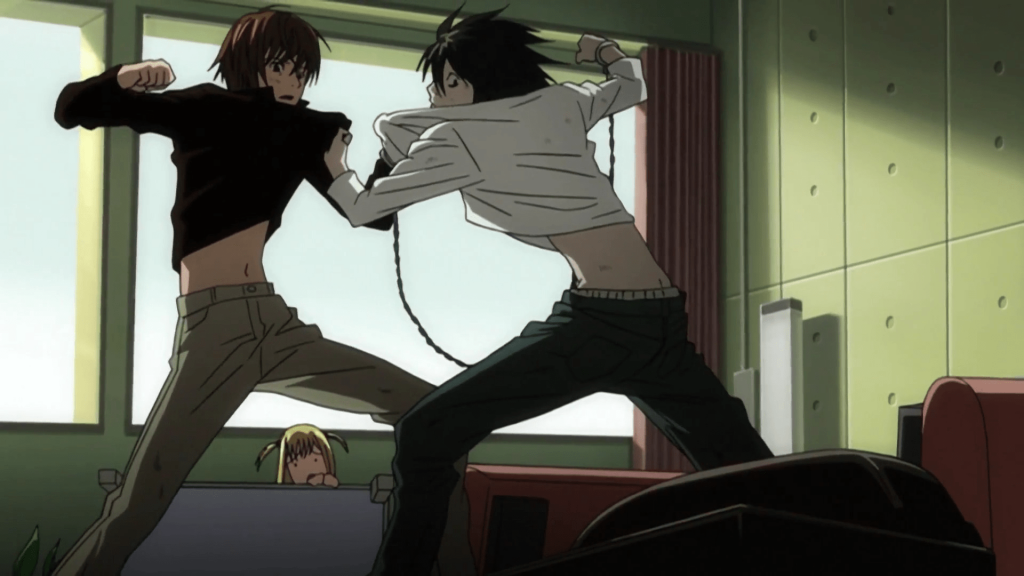 To start us off we’re going to be pulling right from L’s Wiki Fandom page to learn a bit about how we can build out this routine.

Here’s how they start with a brief bio:

L is a world-renowned detective who takes on the challenge of catching the mass murderer known as Kira. In his investigation, L becomes suspicious of Light Yagami and makes it his goal to prove that Light is Kira.

And if we jump down midway through his character discussion in his Wiki we actually learn that appearance isn’t everything.

Here’s how they describe L a bit deeper:

Although he is often seen sitting and inactive, L retains a high athletic ability. L stayed in England for five years, and during that time he was the tennis champion in the England Junior Cup. He also has a knack for martial arts, which is demonstrated in his brief fight with Light. In chapter 38 of the manga, L suggests that even though he eats only sweet foods, he remains underweight because the brain uses the most calories of any organ in the body.

Tennis isn’t just a brief mention in the anime, either.

L and Light Yagami actually even have a match, which is described here:

L plans on getting closer to Light by asking him to join the investigation; this way, if Light is Kira, he would be more prone to slipping up, while Light not being Kira would still benefit the investigation. L begins by playing a tennis game with Light, in order to have grounds to get closer to Light and begin asking him about the investigation; during the game, L concludes that Light will attempt to meet with the Task Force members in order to confirm L’s identity. After losing the tennis match, in order to prevent Light from meeting with the Task Force members, L announces his suspicions, claiming his suspicions are only one percent high. L begins testing Light at the cafe, first by asking him about why L revealed himself, then about the file that the FBI agents received, and finally about three notes Kira left behind using criminals. Light passes all the tests and doesn’t slip up, and so L doesn’t bother trying to test him anymore.

While we won’t be training like some of the tennis pros we’ve seen here in our Workout Database, it is something that is definitely relevant to L’s character and what we’ll use to build a routine.

For this one we’ll instead be working with some very basic calisthenics training given L’s overall aesthetic and then it will also optional to take on some bonus training like tennis, endurance work, or even mixed martial arts.

We’re going to be working with 3 days of extremely basic and scaleable calisthenics training and light core work as well as 2 days of optional training that can range from tennis and/or endurance all the way to parkour or MMA training with resources I provide.

Monday: L Calisthenics and Core A

Wednesday: L Calisthenics and Core B