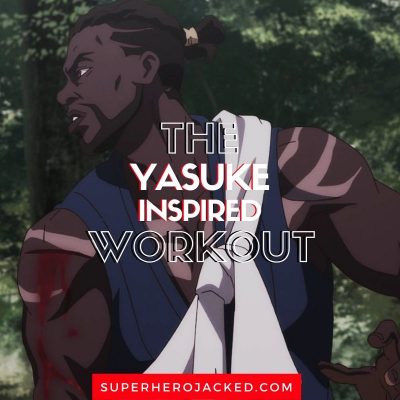 Yasuke is our newest Netflix Anime to drop, and The SHJ Army is loving it.

Yasuke is based on a historical samurai, named Yasuke, who fought for Nobunaga Oda.

Although the site has been filled with requests for popular anime like Demon Slayer, Jujutsu Kaisen, and of course the big ones like DBZ, Naruto, MHA, ATLA and more – it’s really nice when we’re able to still see a flood of requests come in for a new character like Yasuke.

Having a Yasuke Inspired Workout added to our Anime Workouts Database will definitely be a nice touch.

Yasuke’s height and weight puts him at a range that is both lean but also super strong and muscular.

He comes in at what we’d consider average height compared to male celebrities, but he has about 20 lbs. on the weight average for that height. 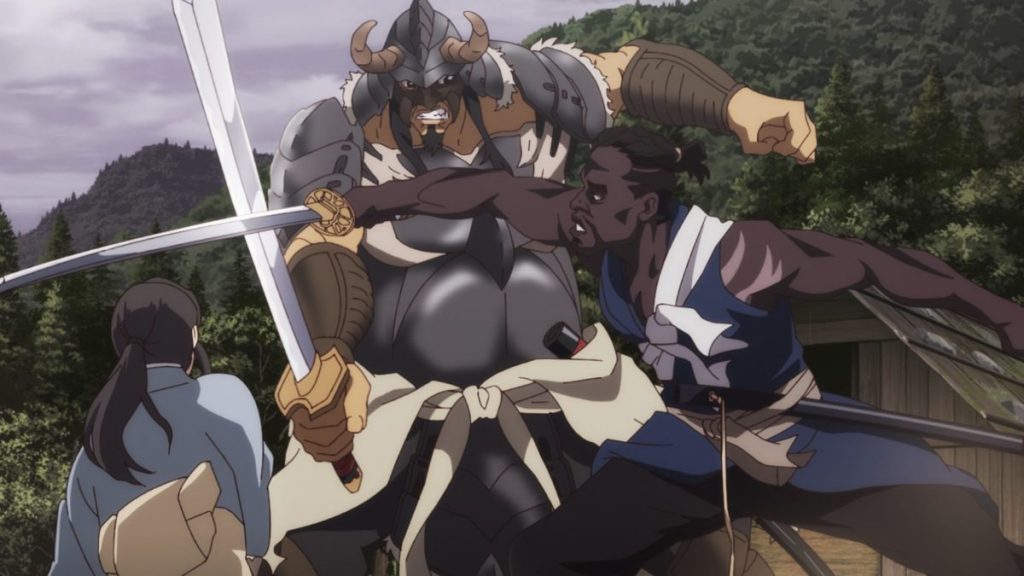 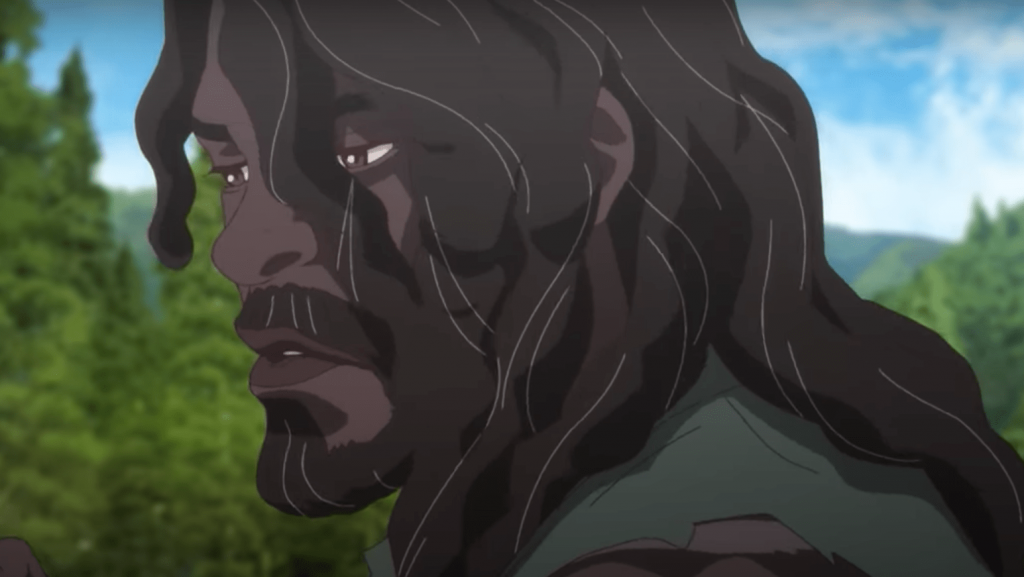 To start us off we’ll need to learn a bit more about Yasuke if we’re going to be able to build a workout around him.

For this I’ll be pulling right from his new Wiki Fandom page – which gives us a brief bio starting with:

Yasuke is the main protagonist in Yasuke. Previously known as Eusebio Ibrahimo Baloi, is a man from African origin that became a samurai serving Nobunaga Oda.

Nothing we really didn’t already know, but nice to share for those who may have missed it at the beginning of this article.

While not relevant to our training, I do also think it’s good to share how Yasuke became Yasuke, which is how they start off his History section for his Wiki Fandom page:

In 1579 at Nanban Tradeport, Yasuke caught the eye of Nobunaga Oda, when he defended a child by defeating a man without a weapon. Nobunaga got interested in his dark skin and decided to take him to serve him. As he couldn’t repeat his name, Nobunaga game him a new name, “Yasuke”.

As far as Yasuke’s powers: he doesn’t have any!

He battles against others who have been touched by dark magic, but he is just an incredibly skilled and trained samurai – with willpower that allows him to surpass even those with magic helping them.

His Wiki Fandom tells us more about that here:

Yasuke is an incredibly skilled fighter, as he is able to constantly hold his own against several skilled enemies at once. He often fights with opponents notably more powerful than him such as samurais amplified by the Daimyo’s Dark Magic. Yasuke has also shown skill in hand-to-hand combat as he was able to successfully disarm an ordinary swordsman with ease, while being barehanded himself.

In addition to his combat prowess, Yasuke has also displayed high tactical intellect as noted by many of his allies and opponents. Yasuke has shown an ability to develop highly effective military tactics and execute them with high precision. Against the large army of the Daimyo, Yasuke was able to successfully stall the opposing army while buying time for his forces to implant several dozen archers hidden in the shadows to strike down the Daimyo’s forces.

Yasuke has also shown inhumanly high willpower, as he was able to brutally endure being beaten by brass knuckles and even electrocuted in an attempt to get word on Saki’s location out of him for an extended period of time.

For this one I think it’s actually best to train with calisthenics.

Obviously it might help if we added in some weight training to help us bulk up like Yasuke, but we can still do this with calisthenics training as long as we continuously scale up with progressive overload and shoot for more complex movements and more reps and advancement over time.

That being said: it will be your job to increase the intensity by hitting more reps if needed during our routine below – but I’ll tell you more about that there.

Get ready to train like our new favorite samurai.

We’re going to be working with 4 days of calisthenics training per week and then it will be your decision whether or not you want to add in extra training resources for mixed martial arts, parkour, endurance work, or even some HIIT.

This workout is built around our newest Core Program: Assassin Calisthenics, to give you a hint of the training style we utilize there.  There is not nearly as much enforced progressive overload being that Assassin Calisthenics takes you through 90 days, but this gives you a nice taste of how you can level up!

Complete 3-5 Rounds based on your Overall Level of Fitness:

You can complete this as individual sets and reps like a “regular” workout, or complete it as a circuit with no breaks between any movements, OR as supersets or trisets of workouts you pair together in order to complete it with some extra intensity.

You should scale up and/or down by using our Ultimate Calisthenics Workout and Guide for scaling resources, but also by increasing or decreasing the overall rep count of the movements prescribed.

If you’d like to scale up even more you can increase the movements to more advanced variations (Ex: Push Ups -> Clap Push Ups), or tack on a weighted vest!