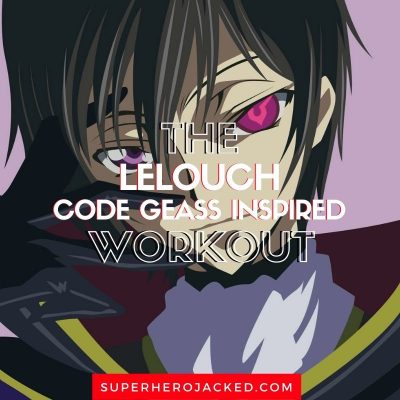 I have no idea how we have no seen a Lelouch Inspired Workout yet, but the day as finally come.

Code Geass isn’t one of the most popular anime out right now, so it’s partially because The SHJ Army has been flooding the request form with shows like Dragon Ball Z, My Hero Academia, Naruto, Jujutsu Kaisen, Avatar and a handful of other super popular anime – BUT, I’ve had enough Lelouch come through to warrant adding him to the top of the list.

I’m sure our Anime Workouts Database is going to love his addition.

Lelouch has actually been consistently listed as one of the most popular anime characters EVER for a handful of years now, and I’ve checked back up on that every so often for updates as anime continues to grow in popularity.

Lelouch comes in above average height compared to anime characters we’ve seen but would technically be just below average if compared to male celebrities.

His 123 lbs. also makes him significantly underweight compared to most characters, especially at his height range. 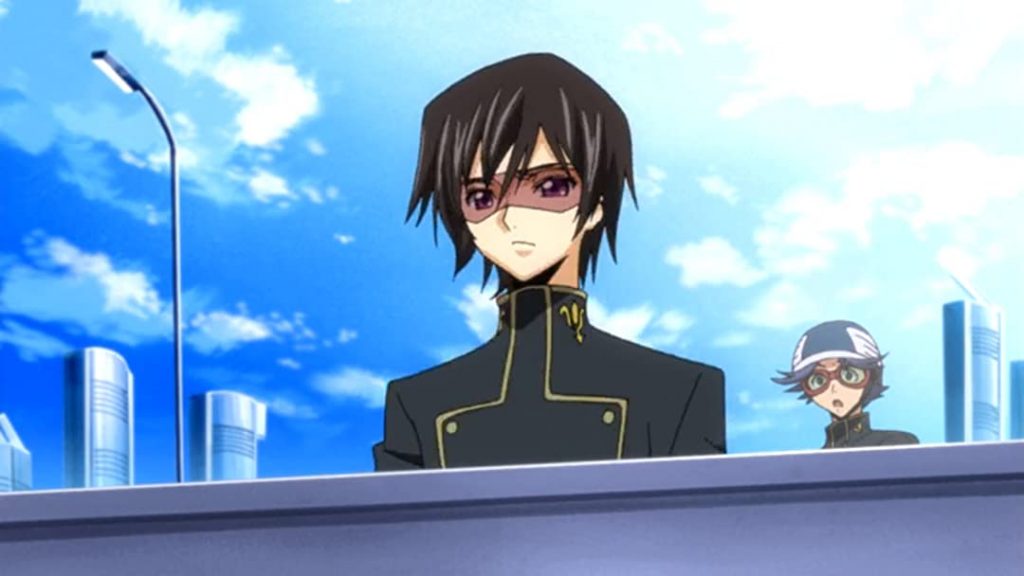 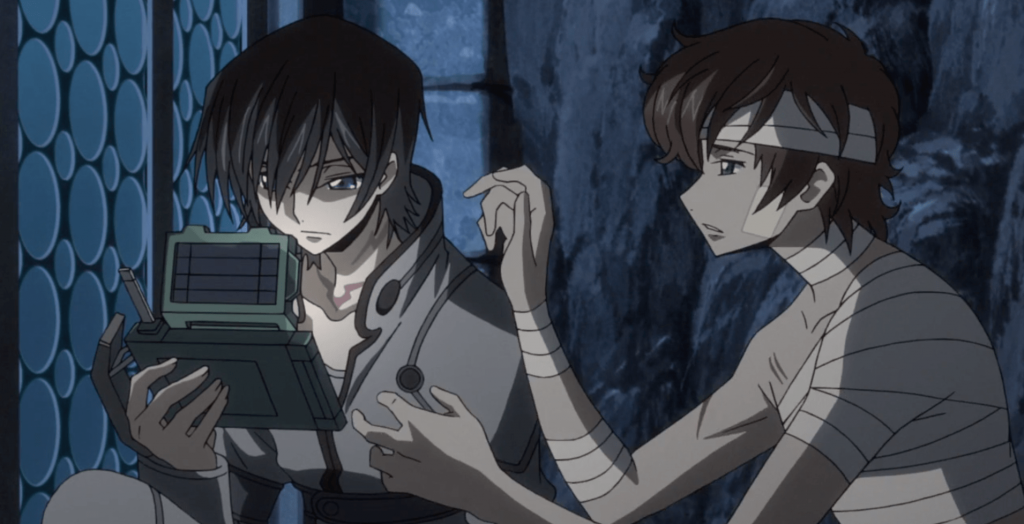 To get us started with this one we’re going to need some background information about Lelouch.

For that we’ll begin by pulling a brief bio right from his Wiki Fandom page:

Lelouch vi Britannia is the main protagonist of Code Geass: Lelouch of the Rebellion and Code Geass: Lelouch of the Rebellion R2, and plays a supporting role in sidestories like Code Geass: Oz the Reflection and Code Geass: Lancelot & Guren. After he was exiled, he used the alias, Lelouch Lamperouge. He was the Eleventh Prince of the Holy Britannian Empire and the son of the 98th Emperor of Britannia, Charles zi Britannia. He was also the leader and founder of The Black Knights and the real identity of Zero. He is voiced by Jun Fukuyama, while his child self is voiced by Sayaka Ohara. His English dub voice is provided by Johnny Yong Bosch with Michelle Ruff doing Lelouch’s child voice.

They also go on to say:

He was chosen the most popular male character of 2006, 2007 and 2008 at Animage magazine’s annual Anime Grand Prix. His Japanese voice actor Jun Fukuyama also won the “Best Actor in a Leading Role” award for his portrayal of the character at the first Seiyū Awards in 2007.

Which is what I was mentioning before – but I saw tons of lists and polls keep that prize going for years.

While normally I don’t focus too much on the appearance description considering we use pictures here and have likely seen the show, I do think Lelouch’s is good to share:

Lelouch is a handsome young man with black hair and violet eyes, which he inherited from his mother. Lelouch is somewhat scrawny, having little muscle, and like most characters in the series, is rather thin. In spite of this, Lelouch is considerably tall, standing at least a head taller than Kallen, and apparently being slightly taller than Suzaku.

So for this one we can still focus on his overall aesthetic, but we need to realize that we will not need to really focus on building much muscle.

For that reason it’s almost more important to focus on overall weight-loss to transform into that smaller slender physique.

Jumping forward into his powers and abilities section they tell us:

Lelouch’s Geass, bestowed upon him by C.C., gives him “The Power of Absolute Obedience”, allowing him to plant commands within a person’s mind upon eye contact in a manner comparable to hypnosis. Activation of his Geass is visually represented by the manifestation of a Geass Sigil in his left eye. Commands dictated in this state are written into the minds of the designated targets once the Sigil projects from his eye to theirs. Lelouch could initially toggle Geass activation at will, but subsequently lost this control and suffered from an affliction known as “runaway Geass” near the end of the first series.

In the second season, C.C. gives Lelouch a contact lens that blocks his Geass, but indicates that his Geass will eventually grow powerful enough to render it ineffective. Lelouch’s Geass evolves to cover both of his eyes in episode 21 as a result of pushing his Geass to the limit, trying to command C’s World, the collective unconscious of mankind itself. He receives a second contact lens to cover it later.

They also go on to talk about more specifics, and even his incredible intellect and chess skills.

More importantly, though, they build on his lack of physical prowess as such:

Physically, Lelouch is underwhelming. He possesses the physical prowess of a teenager who engages in little to no strenuous physical activity. Thus, one of Lelouch’s traits is the inability to run very fast or for any substantial period of time. Within the series, this is usually played for comedic effect, as Lelouch is constantly outpaced by his classmates in every situation, and even the most simple tasks requiring manual labor exhaust him before he manages to accomplish anything significant.

This basically brings us to the point of being super-beginner-oriented even more.

This will still be a workout, and there will still be some volume to it, but it will be extremely easy and focus mainly on weight-loss as a priority – which is also going to rely on your overall nutrition.

This one is going to be extremely beginner-oriented considering Lelouch is described as having “the physical prowess of a teenager who engages in little to no strenuous physical activity”.  Being that this is still a workout, the main goal will be weight loss to get down to the Lelouch slender physique, but I will still add in some calisthenics training for some toning as well.