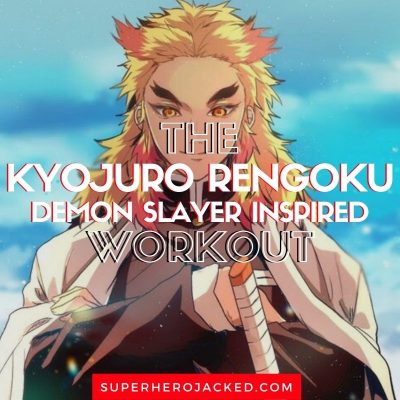 Kyojuro Rengoku was so heavily requested I had to move him to the top of the list among new Anime Workout Routines.

To be fair: Demon Slayer Inspired Workouts are extremely popular in general and we’ll be getting three new ones this week in total, but Rengoku happened to be requested the most.

Along with Fairy Tail now getting it’s very own mini-workout-database and joining anime like Dragon Ball Z, My Hero Academia, Naruto, Jujutsu Kaisen and Hunter x Hunter – Demon Slayer will also be our newest added to the list as we pass ten total workouts inspired by characters from the show.

Oh, and of course we’ll also be breaking into some listicles with the most popular and powerful characters as well! 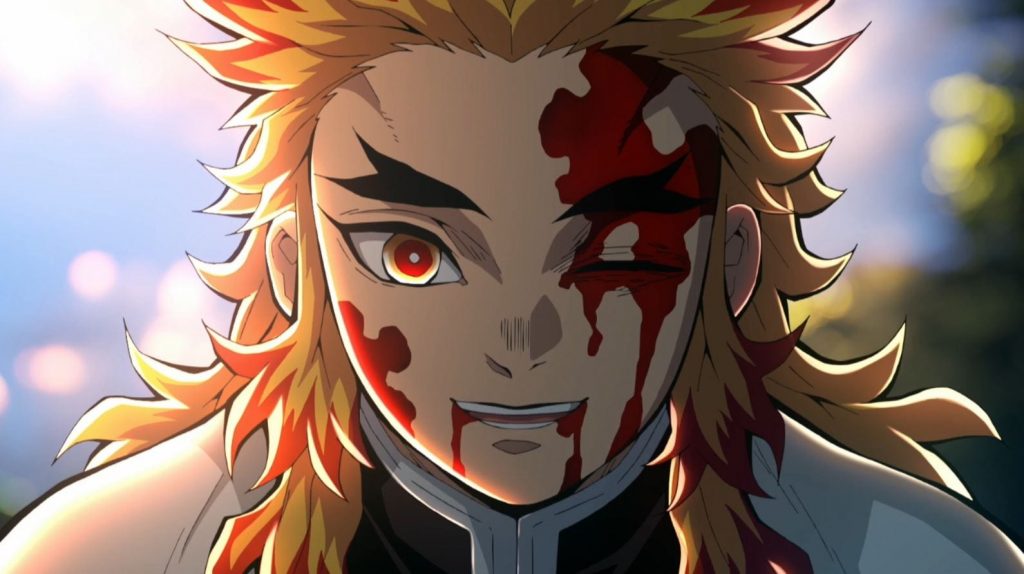 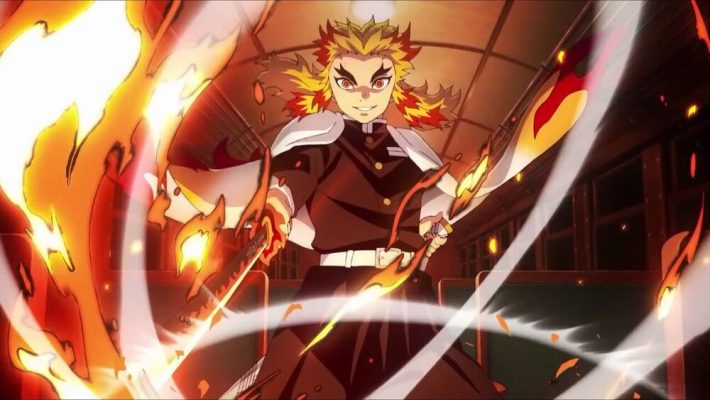 To start us off we’re going to be pulling right from Kyojuro Rengoku’s Wiki Fandom page to learn a bit more about him and begin building this routine.

Here’s what they give us for his very brief introduction area:

Kyojuro Rengoku was a major supporting character of Demon Slayer: Kimetsu no Yaiba and a major character in the Mugen Train Arc. He was a Demon Slayer of the Demon Slayer Corps and the former Flame Hashira.

Moving into his powers and abilities section we learn a bit more about what we’ll be basing this routine around.

They start off with a section devoted to explaining his overall powers and abilities:

Overall Abilities: As a former Hashira of the Demon Slayer Corps, Kyojuro was a very powerful swordsman. Even Demons as strong as Akaza, Upper Rank 3 and the fourth-strongest of the known Demons, acknowledged Kyojuro’s strength. He even went as far as to offer to turn Kyojuro into a Demon so he could surpass his human limits and become stronger, something he only offered to swordsmen whose abilities he believed were refined to their utmost. Akaza also complimented his battle spirit and stated that it is getting close to the “domain of supremacy,” which meant that he was incredibly close to obtaining the Transparent World, if only he could awaken his Demon Slayer Mark. His father, Shinjuro Rengoku, stated that, after his son abandoned what he taught him, Kyojuro trained himself into the level of a Hashira after reading through an instruction book of the Flame Breathing style, a book which only had 3 volumes.

From there they even go in to break down each one of his physical abilities that are enhanced as well.

Here’s what they give us:

Immense Strength: As a former Hashira who spent years perfecting his physical prowess, Kyojuro possessed amazing physical strength, being capable of swinging his katana at speeds faster than the eye can see incessantly and terrifying accuracy while engaging in combat. Kyojuro also possessed a caliber of grip strength that was able to hold down Upper Rank 3, Akaza, one of the strongest characters in the series, despite having his Solar Plexus pierced earlier, to the point that Akaza expressed his disbelief and shock over strength he describes as “unbelievable”.

Immense Speed & Reflexes: Kyojuro possessed great speed and reflexes that even a trained and gifted Demon Slayer like Tanjiro couldn’t perceive or register. Kyojuro could even cause tremors to the ground and nearly launching a train off its tracks by running at speeds faster than the eye can see. His reflexes were so fast that he managed to cut Akaza’s hand in half moments before the Upper Rank was going to kill Tanjiro. Kyojuro also managed to keep up with Akaza’s high-speed techniques, which even the Hashira remarks is faster than the blink of an eye, sometimes even managing to out-speed him. Inosuke Hashibira himself noted that Kyojuro was in a different dimension due to his blinding attacks and speed. Kyojuro’s phenomenal movement speed and reflexes even surprised and impressed Akaza, who openly expressed his amazement over.

Immense Stamina & Endurance: Kyojuro displayed superhuman stamina and endurance during his battles over the course of the series. In his Special One-Shot, Kyojuro ruptured his eardrums on purpose, yet didn’t flinch in the slightest, ignoring the pain and continuing to fight. In his Gaiden, he suffered dozens of severe wounds and injuries from the former Lower Rank 2, Hairo, but continued to stall enough time for all the bombs he planted to be disarmed without showing any signs of pain or fatigue, which shocked even Hairo, who questioned himself on whether the person he met in the past was really the same person he was fighting now. Furthermore, his battle against Enmu when he fused with an entire train, he was able to keep him at bay in 5 different train carts without tiring. Lastly, he managed to keep up with his strongest opponent yet, Akaza, despite physically and mentally exert himself beyond his limit and sustaining multiple irreversible and fatal wounds, like a smashed eye, shattered ribs and damaged internal organs. Most impressively, he managed to keep Akaza at bay despite having his vital spot, his Solar Plexus, pierced by the Upper Rank’s arm and bleeding out. Despite all of his fatal wounds and injuries, he never once flinched or showed signs of pain or agony.

While I didn’t cut out any of the description for this section, moving forward I will being that this is really what we’ll be working with to build the routine.

We’ll need to be focused in on our overall strength, speed, and endurance!

That being said, they also mention that Rengoku has and is:

But for the sake of this one, as I mentioned, we’ll focus in on the physical abilities and do our best to unleash our inner Rengoku!

To unleash the immense strength, speed and stamina it is going to require to perform like Rengoku we’re going to be utilizing strength and speed training with weight 5 days a week and then also tacking on 30 minutes of varied cardio each day to really increase our endurance and stamina as well.