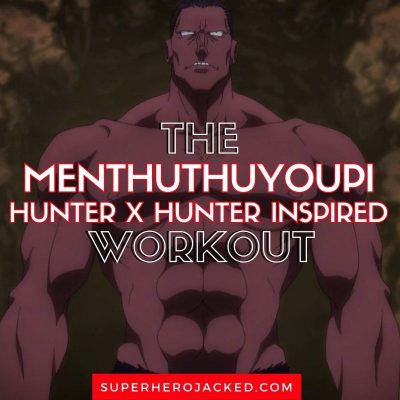 Menthuthuyoupi was one of my priority characters this week being that he is actually one of the workouts that are featured on our brand new Hunter X Hunter Workout Placement Quiz.

We actually have a TON of new Workout Placement Quizzes for all different anime – but Menthuthuyoupi happened to show up on the Hunter x Hunter one.

It also helps that he’s one of the most powerful characters in all of Hunter X Hunter – so when it comes time to write up that listicle he’ll be all set here waiting!

Yesterday was actually a big week for HXH in general as it also got it’s very own mini-workout-database devoted to all of our Hunter X Hunter Inspired Workouts within our larger Anime Workouts Database.

We may not have a height and weight listed for Menthuthuyoupi – but we know he’s huge.

We’ve been on a bit of a roll seeing shorter anime characters – but Menthuthuyoupi definitely isn’t joining them. 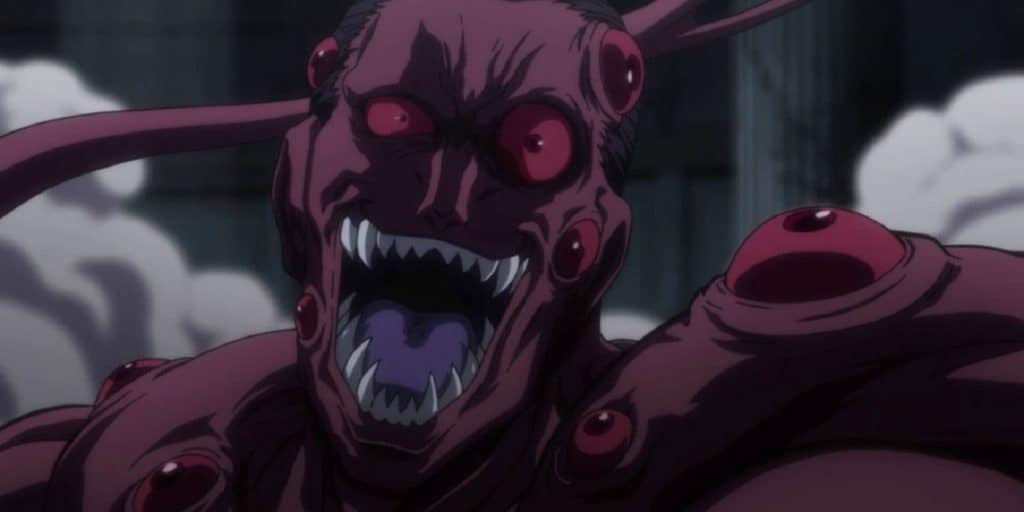 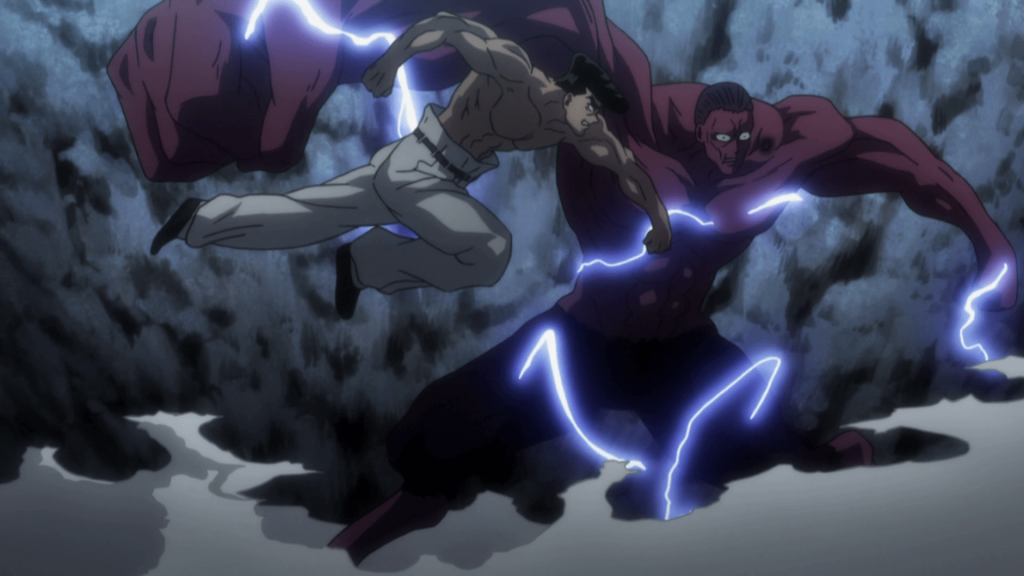 To start us off, as always, we’ll be pulling right from Menthuthuyoupi’s Wiki Fandom page to learn a bit more about him – although I think we all know where this training style is headed!

Here’s what his Wiki Fandom page starts us off with:

Menthuthuyoupi, was a Chimera Ant and the youngest of the Chimera Ant King’s three Royal Guards.

That doesn’t tell us much – but at least we acknowledge he is one of the members of our three Royal Guards.

We’ve already seen Neferpitou and even Meruem – but Shaiapouf will join Menthuthuyoupi this week as well.

Here’s how his Wiki Fandom continues into his appearance:

Menthuthuyoupi was the least humanoid of the King’s Royal Guards, yet his physical appearance was loosely human. He had a bulk musculature and manly frame, but with irregularly shaped ears, animal-like legs with feet initially depicted to be claws of three digits which were later revised to two digits and of round toes (the 2011 anime adaptation only used the latter design), and razor-sharp teeth.

But we kind of already knew we were going to be training like a behemoth.

Moving on into his powers and abilities section they start us off with his overall abilities:

As a Chimera Ant Royal Guard, Menthuthuyoupi is an immensely powerful being. Colt believed him to be capable of defeating Chairman Netero, considered the world’s strongest Hunter in his prime and by some the most powerful Hunter even in his old age. He was able to fight Shoot, whom he put in critical condition in less than 20 seconds of combat, Knuckle and Meleoron at the same time, with them having prepared tactics in advance and also receiving help from Morel and Killua, and had the chance to kill the former four while suffering next to no damage from their attacks, although they came close to forcing him into a state of Zetsu through Hakoware. According to him, none of the members of the Extermination Team he encountered had so much as a tenth of his raw power. He is such a fearsome opponent that Meleoron believed Hakoware to be the only chance the Extermination Team had to beat him. In his original form, he relied on his shapeshifting ability, a possible heritage of his Magical Beast genes, tremendous brawn and durability in battle. His fighting style changed after his first transformation, leading to him making use of his speed and blade-like arm as his primary means of offense. After donating most of his cells to Meruem, he was forced into a much smaller form with little combat potential.

From here they go on to talk about some of the specific abilities that actually give us a better picture of how we’ll be training:

Unfathomable Strength: Menthuthuyoupi boasts incredible physical strength, which he can enhance with his aura. He can also shapeshift to increase it even further. He can knock down walls with a single punch, while each of his whip-like limbs can shatter rock. One of his regular-sized arms could stop a swing of Morel’s pipe from one of his smoke puppets. With a giant one, he completely destroyed a massive staircase with a single blow, and the shockwave caused the whole palace to shake. With a double strike to the ground, he created a crater and caused the whole tower to collapse. The first time he sprouted wings, a single flap had enough strength to drive him through the wall of the nest.

Enhanced Speed and Reflexes: Menthuthuyoupi has great attack speed, relentlessly assaulting Shoot with swift tentacle strikes and not leaving Knuckle an opening to attack while he dispatched Morel’s Smoke Troopers, five of which he could wipe out in the blink of an eye. He noticed the Extermination Team, shape-shifted and destroyed the central staircase in 3 seconds. However, despite the superiority in range, he was not fast enough to catch up to Knuckle as he ran away. In his centaur-like form, he became much faster, moving fast enough that he passed Knuckle by before the Hunter could react.

Immense Durability: Menthuthuyoupi survived a tail strike to the head from Meruem with only a bruise, although the latter was not attempting to kill him. He suffered multiple powerful blows and electric shocks from Killua with no visible damage and walked into the incandescent crater left by the detonation of the Poor Man’s Rose, coming out uninjured.

So if you didn’t already know: we’re going to be training around strength and speed for this one!

For this we’re going to be using heavy weightlifting to get strong AND fast at the same time – so be ready for some intensity and volume behind your five weightlifting days.

You have five days of weight training and then some optional additional work – but the focus is on getting big and strong and adding in triset intensity to put our speed to the test!

Friday: Royal Guard Back and Core

B. Goblet Squats with Kettlebell