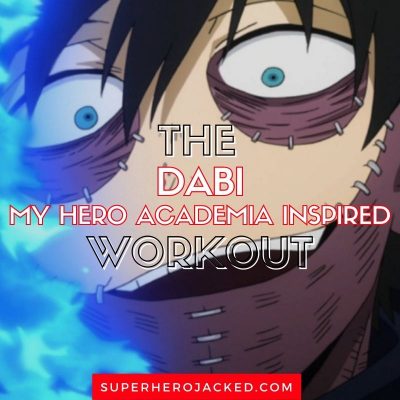 We’re back with another MHA character to add to our growing list of My Hero Academia Inspired Workouts.

This time we’re coming in with another villain, although we have had quite a few MHA villains grace our Anime Workouts Database thus far.

Dabi is a fan-favorite that continues growing in popularity, and he’s also going to make a great addition to our My Hero Academia Workout Placement Quiz as well.

Although he didn’t make some of our lists breaking down the most powerful and popular MHA characters, he is a runner up on them and his power level and popularity will continue to break barriers in the coming seasons.

As we’re used to by now we have a very specific height range for our MHA character and no weight.

Dabi is actually slightly taller than a handful of anime male characters we’ve seen, but still a bit shorter than average height. 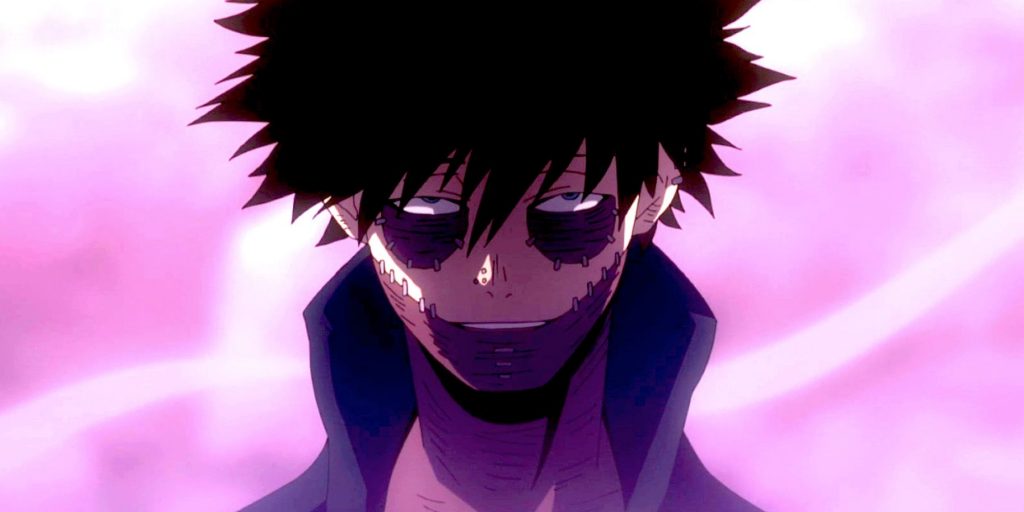 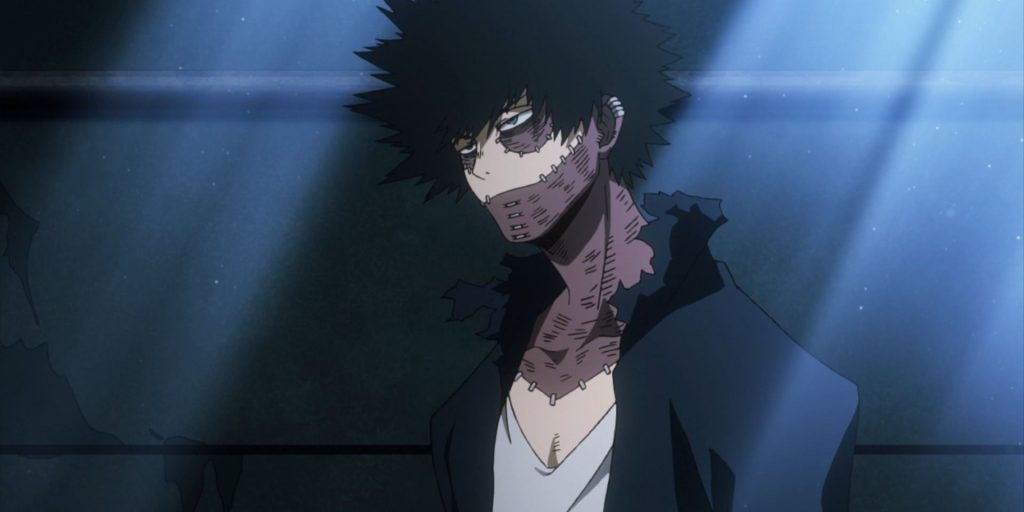 To get us started with our Dabi research we’re going to be pulling right from his Wiki Fandom page.

His bio is actually a bit more information than we’re used to seeing within our MHA Wiki:

Dabi, real name Toya Todoroki, is a major supporting antagonist in the series. He is a Villain affiliated with the League of Villains, and formerly a member of the organization’s Vanguard Action Squad. He and the rest of his team serve as the primary antagonists of the Forest Training Camp Arc. He also serves as an antagonist for the Pro Hero Arc.

He later became one of the nine lieutenants of the Paranormal Liberation Front, an organization formed from the remnants of the League and the Meta Liberation Army.

His Wiki Fandom also goes into a ton of information when we move down into his abilities and power section.

Here’s what they give us for overall abilities:

Overall Abilities: Having been trained by his father, Endeavor, at a young age, and undergoing self-training, Dabi has proven to be a very powerful villain, being one of the strongest members of the League of Villains’ Vanguard Action Squad, as well as its de facto leader. After joining the League, Dabi killed over thirty people, garnering a reputation as a dangerous criminal and a mass murderer. Dabi has an effective handle on his powerful, yet hazardous Quirk, which not only grants him control over his self-generated blue flames that are stronger than normal flames, but also proficient wide-range capabilities. Dabi primarily fights from a distance, shooting fireballs, generating flamethrower attacks, and releasing bursts of fire when at close range. His basic offense is using the brute force of his Quirk to overwhelm his enemies. Defensively, Dabi can burn away attacks and even generate massive walls of fire to surround his targets. With this skill and power, he can incinerate an entire group of opponents in mere seconds. Overall, Dabi has the power and ingenuity to contend with a multitude of adversaries who outnumber him.

This kind of gives you more of an idea as to why Dabi is growing in popularity.

Two other things that his Wiki Fandom lists as part of his powers is enhanced stamina and keen intellect.

The immense power and range of Dabi’s Quirk allowed him to repel the Bakugo Escort squad during the Vanguard Action Squad Invasion, fight off multiple Meta Liberation Army members and emerge unscathed and even contend with and at times overpower Geten one of their strongest members. He even completely overpowered Hawks, the No. 2 Hero. These feats are proven to be even more impressive as Dabi never relied on his Flashfire techniques in any of these encounters.

Dabi’s control of his powerful Quirk also allows him to fly and hover in the air much like his father and younger brother. In the Paranormal Liberation War, Dabi began utilizing his father’s Flashfire Fist techniques in combat and was able to not only instantly burn through Best Jeanist’s Carbon Fibers but completely and easily overpower Shoto who could also use Flashfire. The disparity in their abilities was so great Dabi could knock him out with a single Jet Burn.

And they break down his Quirk: Cremation as such:

Cremation: Dabi’s Quirk grants him the ability to generate highly destructive blue flames from his body. He has very well-developed control of his flames and can project them a fair distance from himself and in large amounts. Furthermore, his flames possess greater firepower than that of his father, Endeavor’s Hellflame Quirk, and they become even stronger when Dabi feels strong emotions. However, Dabi’s body has a low tolerance for his own flames, due to inheriting his mother’s resistance to freezing temperatures, rather than his father’s resistance to high heat, and he will get burned if he uses them for prolonged periods of time.

And, as we know, if you’re training with Endeavor you’re not messing around.

For this we’ll be utilizing training styles like we use in our Assassin Calisthenics 90 Day System that has even been used to train new U.S. Marines.

So get ready for some intense bodyweight training to unlock the Dabi aesthetic and power level.

We’re going to be working with 4 days of calisthenics training and then one day long and crazy calisthenics circuit that will be our Endeavor training.

Monday: League of Villains Calisthenics A

Tuesday: League of Villains Calisthenics B

Circuit Finisher: 2 Rounds – Complete Each Movement for 30 Seconds Each

Circuit Finisher: 2 Rounds – Complete Each Movement for 30 Seconds Each

Side Plank Right Side

Side Plank Left Side