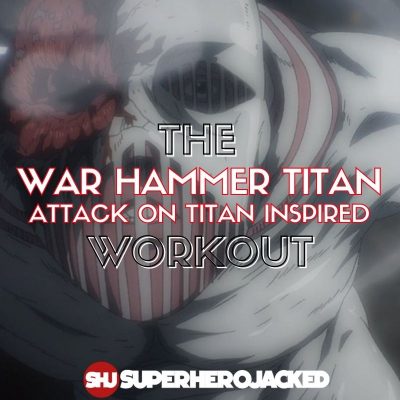 We just recently posted our Most Powerful Attack On Titan Characters of All Time, and The War Hammer Titan was one of them!

So, naturally, the Titan form deserves a spot in our Attack On Titan Inspired Workout Database and Anime Workouts Database!

Another thing that is fun about adding The War Hammer Titan to our databases is the fact that this routine will come in as another weight training routine focused on strength to really heighten the results of our Attack On Titan Workout Placement Quiz.

We’ve seen a AOT characters that we’ve been routines for using weights, but the majority are calisthenics workouts – so this is a nice change for you guys.

The only character we’ve seen that even comes close to the size is Gigantomachia who comes in at up to 85 feet! 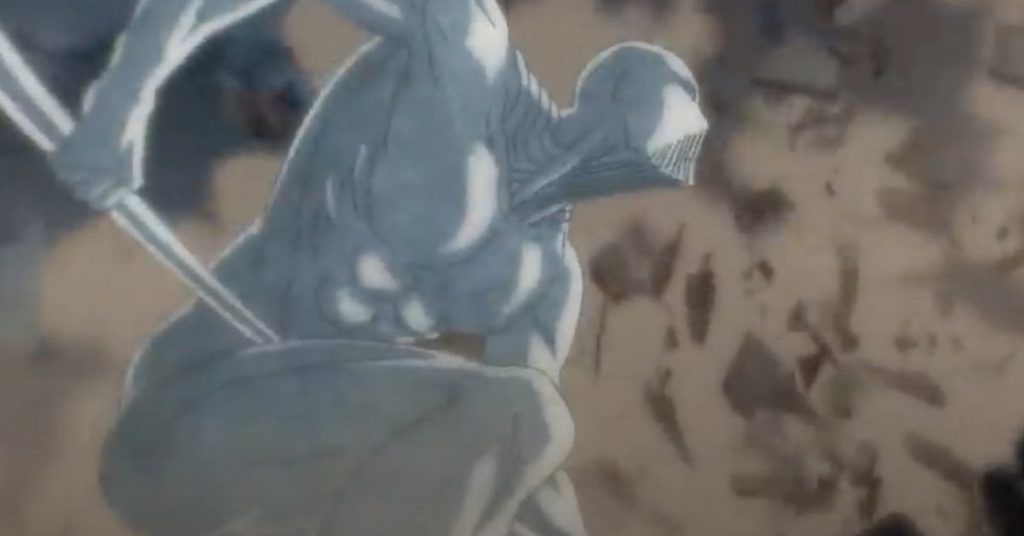 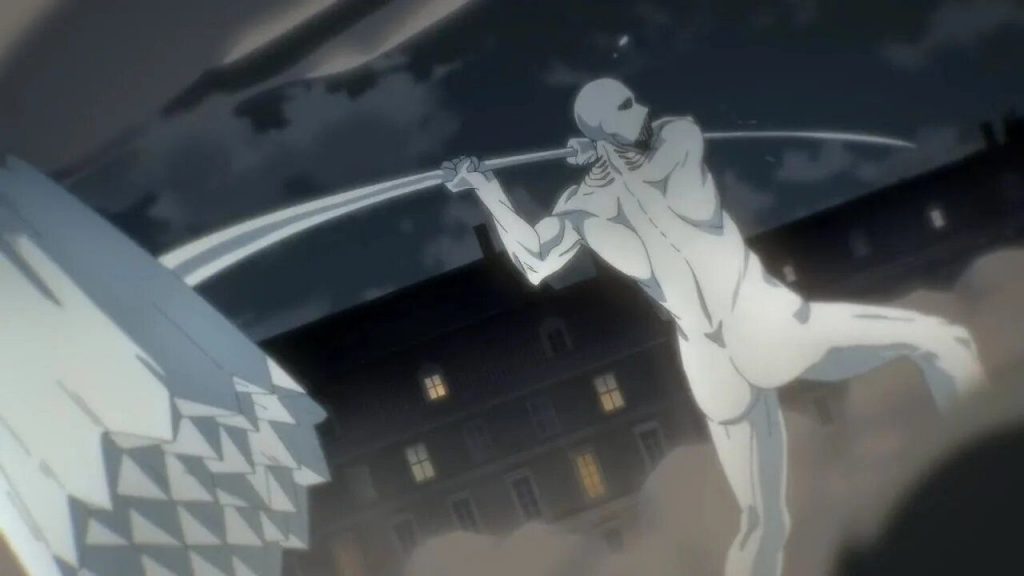 To get us started with our War Hammer Titan research we’re going to be pulling right from the Attack On Titan Wiki Fandom.

The War Hammer Titan was one of the Nine Titans, and it possessed the ability to create structures out of hardened Titan flesh.

Moving right into The War Hammer Titan’s abilities we can tell exactly what makes it so powerful.

The Wiki Fandom page moves into them leading with this:

The War Hammer Titan could produce and manipulate structures that were made of hardened Titan flesh. These structures could be weaponized—for example, forming pikes large enough to impale and lift a 15m Titan, flooding areas with protrusions such as spikes, and manifesting the Titan’s signature war hammer. This ability could also create serrated and bladed weapons, such as a sickle, battle axe or a broadsword; even more noteworthy was that the War Hammer Titan was capable of manifesting flexible weaponry components, such as the string of a crossbow or the whips of a cat-o’-nine-tails, making this a particularly unique brand of hardening. Much like the Female Titan, this hardening could also be used to encase the human operator of the War Hammer Titan inside a crystal casing. Unlike the Female Titan, however, the human retains consciousness while encased inside the crystal, allowing them to control the Titan body. While durable, this crystal casing could be damaged when struck or crushed by a more resilient structure; however, the only structures that were proven capable of such a feat were the Jaw Titan’s claws and teeth.

There’s no denying that.

For this one we’re mainly going to be building out a routine that brings us one step closer to the powers of a titan in general: which means we’re going to be training to get STRONG and MASSIVE.

That means we’re going to be lifting heavy with high volume with mass gain at the forefront of our minds.

For this one we’re going to be training four days a week with heavy lifting and our compound lifts being the center focus of our training, with accessory lifts coming secondary.