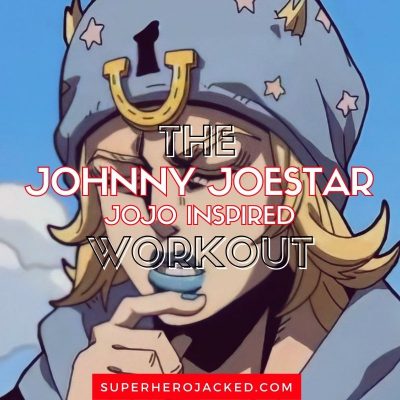 This week we are getting SIX JoJo’s Bizarre Adventure Inspired Workouts, and Johnny is one of them.

Johnny came in at number four among our Most Powerful JoJo’s Bizarre Adventure Characters of All Time – and he’s going to top our list of the most popular as well.

That being said, we’re on a roll this week specifically because we also are releasing our JoJo’s Bizarre Adventure Workout Booklet AND rolling out our JoJo Workout Placement Quiz for you guys as well.

Yeah, it’s a pretty big week for our JoJo fans!

And I’m sure we’re not even close to seeing the last of these characters within our Anime Workouts Database.

Johnny Joestar is guesstimated to be around 5’5, which makes him the shortest Joestar we know of. 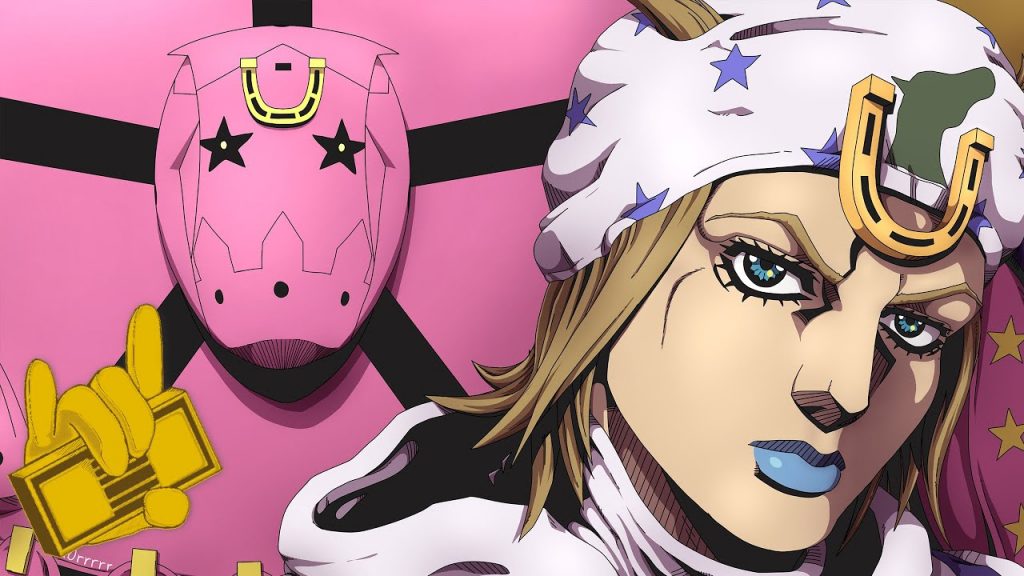 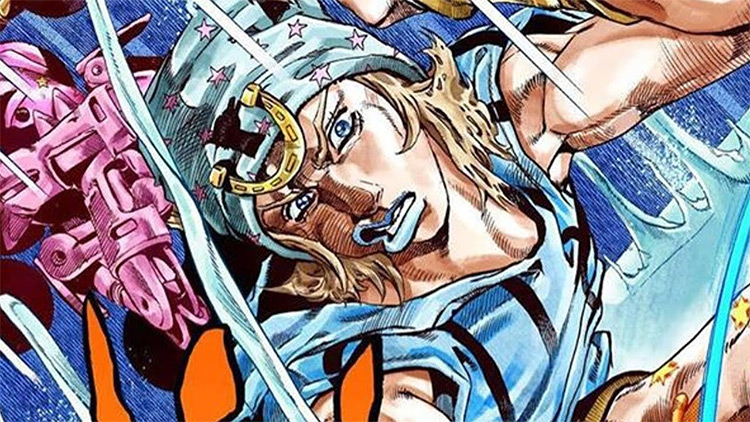 For our research section we’re going to be pulling right from Johnny Joestar’s Wiki Fandom page.

They start us off with his brief bio, which they give us this for:

Johnny Joestar, born Jonathan Joestar is the protagonist of Steel Ball Run and a minor character in JoJolion. He is the seventh JoJo of the JoJo’s Bizarre Adventure series.

A former horse-racingW prodigy turned paraplegicW, Johnny joins the SBR race to find out the secret behind Gyro Zeppeli’s Steel Balls as they’re the only thing capable of healing his legs.

Over the course of the race, Johnny becomes both a Spin User and a Stand User when he acquires Tusk.

When we move onto his abilities section we learn a TON about his stand, although it doesn’t help us all that much with our training:

Johnny first seeks Gyro Zeppeli’s tutelage in the ways of the Spin in order to regain the use of his legs. Most often, Johnny channels the Spin by the use of his Stand, Tusk; developed first with the power of the Corpse’s left hand, and further with Gyro’s help. Its form varies, depending on the sort or style of Spin Johnny chooses to employ.

On top of this they go on to name some of his other abilities.

Jockey’s need to be extremely light, so for this one we’re going to be training to be lean and light like Johnny, but not ONLY relying on endurance work to do so.

For this one we’re going to be training with 2 days of calisthenics circuits, 1 day of long distance endurance work, and another 2 days of HIIT sprints (which you can sub with more circuit training like our jump rope workouts.

Run Based On Your Fitness Level