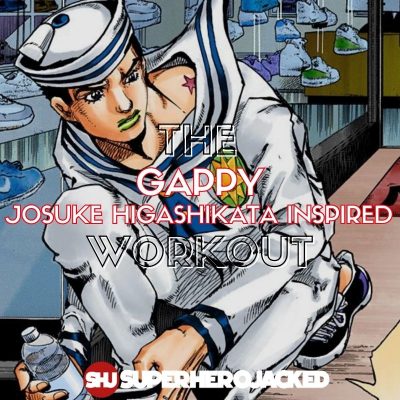 Each week we’ve been sticking to a mini-theme here to go with our Unofficial Workout Booklet launches, and this week we’re hitting JoJo’s Bizarre Adventure.

And how could we do that without Gappy?

We’ve seen some of The Most Powerful JoJo’s Bizarre Adventure Characters, and while Gappy didn’t quite make the cut, he is one of the most popular characters among all of the JoJo Universe.

He’s going to definitely be a great addition to our JoJo Inspired Workouts, larger Anime Workouts Database, and even our new JoJo Workout Placement Quiz!

But, he won’t be the only awesome JoJo character that makes it to SHJ this week!

Gappy’s height and weight are guesstimates compared to other characters, but they do fall into a range fitting of his slender appearance.

Although his height does make him slightly above average when compared to other anime male characters we’ve seen. 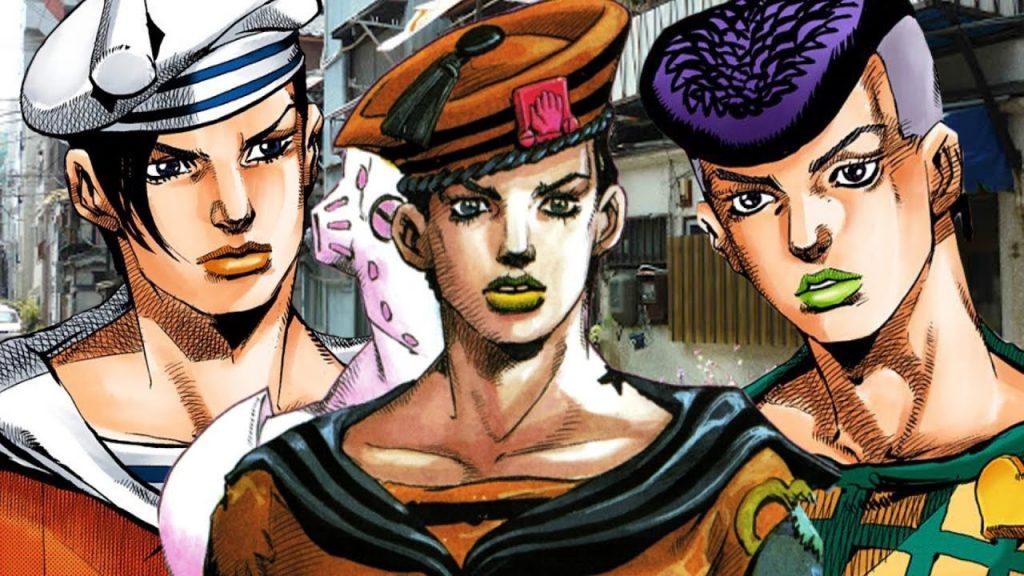 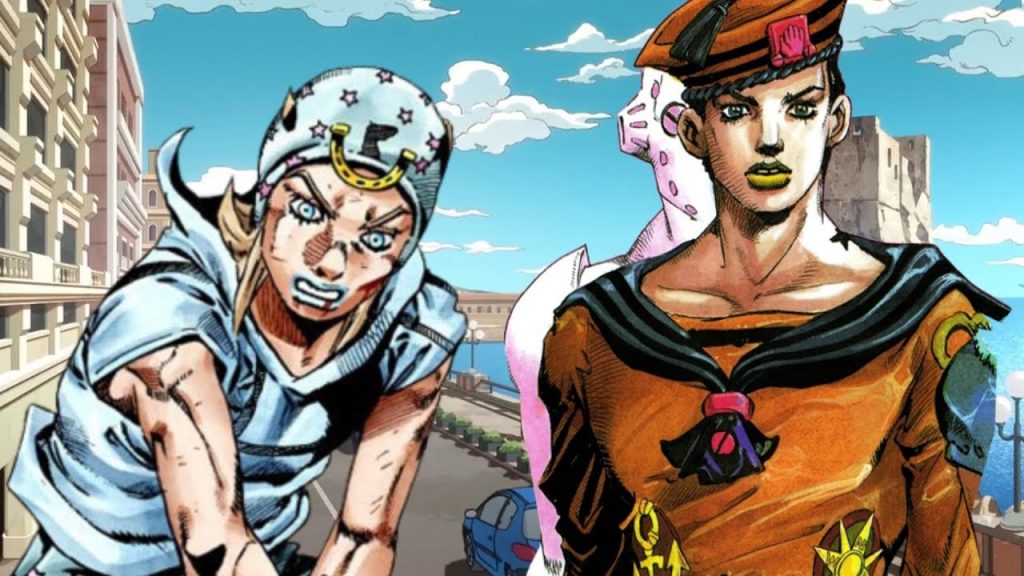 Getting right into it, to start our research into Gappy, we’re going to be pulling right from his Wiki Fandom page:

The tentatively-named Josuke Higashikata is the protagonist of JoJolion. He is the eighth JoJo of the JoJo’s Bizarre Adventure series.

Josuke is a young man afflicted with retrograde amnesia, lacking any memories prior to being discovered by Yasuho Hirose near the Wall Eyes in Morioh Town. He dedicates himself to discovering his former identity and those originally associated with him.

This can be a bit confusing, BUT that’s why we’re breaking it down here.

When we move into his powers and abilities they start us off with:

Soft & Wet is Josuke’s Stand. Initially belonging to Josefumi, Josuke retains it after the fusion with Kira, albeit with some minor differences.

Its primary ability (“Plunder”) is to steal some aspect or property of a target; to be contained in one or more small soap bubbles (bearing the image of his birthmark), which may be returned or transferred to other objects. This ability has been used both offensively and strategically. Soft & Wet also demonstrates above-average strength, and the capacity for rapid melee attack common to humanoid Stands.

They continue this breakdown by stating:

Like him, Josuke’s Stand is described as a fusion of Yoshikage Kira’s Killer Queen and the original Soft & Wet belonging to Josefumi Kujo.

During his fight with Yotsuyu Yagiyama, Josuke decides to “use [his] soap bubbles for offense rather than defense…” Soft & Wet is shown to be able to surround and contain objects by creating a soap bubble and punching it into said object. The bubble bursts but then reforms around the target; Josuke is then able to make the bubble and object inside float anywhere he wants to, just like his regular soap bubbles.

By combining strikes with his bubbles, he is able to ‘inject’ one of his soap bubbles into the flesh of his opponents, causing superficial damage when he pops them. The explosive property of the bubbles was first demonstrated against the A. Phex Brothers, and described by them as being very similar to Kira’s ability.

On top of all this they also mention that Gappy is extremely smart and has great hand to hand combat skills.

Considering he’s not our big a jacked Joestar like Jonathan, Joseph or Jotaro – we’re actually going to be sticking to calisthenics for this one.

That should be good to get the lean and toned physique that we see him with.

For this we’re going to be scaling down our Assassin Calisthenics 90 Day System (which has even been used to train new U.S. Marines) severly – to more of a beginner-intermediate level.

So get ready for some moderate intensity, but scaled accordingly for beginners to use as well!

The main focus of this program is a scaled down calisthenics routine, but you can also (optionally) add in bonus endurance work, parkour, or even mixed martial arts using the resources I’ll provide.