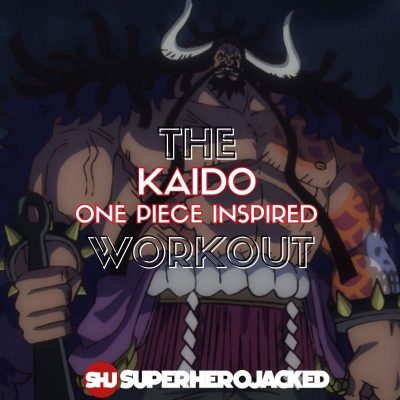 We’re closing out the week with a couple more gigantic One Piece characters.

Our One Piece Inspired Workouts and larger Anime Workouts Database has been blowing up with popularity, so I’m going to keep them coming.

It also is perfect timing considering we just dropped our Unofficial One Piece Workout Booklet as well.

We have become pretty used to monster sized characters coming out of One Piece, but Kaido is on a whole new level compared to most characters we’ve seen.

Kaido is also one of The Most Powerful One Piece Characters of All Time – and you guys have been asking for him to his our databases for quite a bit now.

So it’s time to get HUGE.

But no cheating by picking all the answers in our One Piece Workout Placement Quiz that relate to becoming a giant behemoth like Kaido!

We’ve seen one or two other anime characters that are just outrageously tall within our databases, and Kaido is joining them. 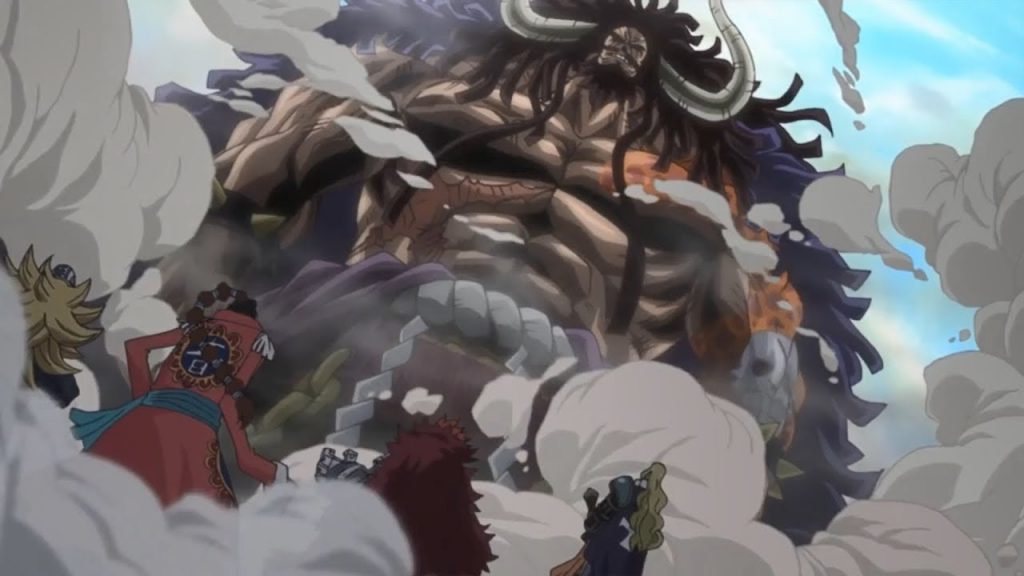 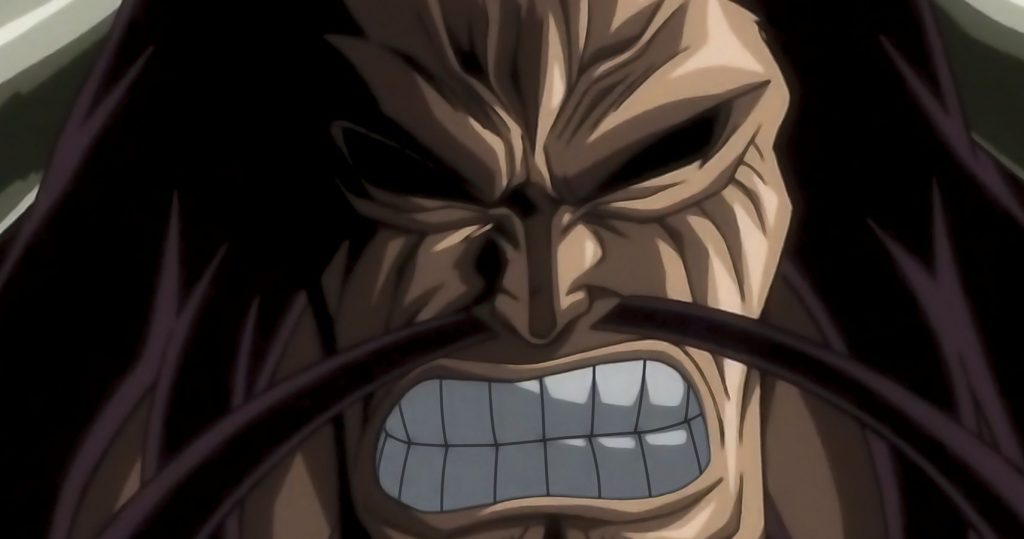 To jump head first into our research for Kaido we’re going to be pulling right from his Wiki Fandom page.

They start with a lot of information within his bio section, but it’s all pretty awesome so I won’t be making any cuts:

Kaidou of the Beasts, renowned as the world’s “Strongest Creature”, is the Governor-General of the Beasts Pirates and one of the Four Emperors ruling over the New World. He is also the father of Yamato.

From his base on Onigashima, Kaidou has occupied Wano Country along with his crew and once allied with Wano’s shogun, Kurozumi Orochi, until Kaidou decided to dispose of him for his New Onigashima Project. Decades ago before the formation of his own crew, Kaidou was an apprentice in the legendary Rocks Pirates, where he ate the rare Mythical Zoan fruit, the Uo Uo no Mi, Model: Seiryu. He is currently in an alliance with his former Rocks crewmate and fellow Emperor, Big Mom.

Kaidou was first referred to by Monkey D. Garp in the Post-Enies Lobby Arc and then directly mentioned by Gecko Moria in the Thriller Bark Arc, with his status as one of the Four Emperors revealed after the Straw Hat Pirates defeated Moria. Thus, Kaidou is the third Emperor mentioned by name and the last to debut. Before he debuted in person, his voice was heard in a flashback that Kozuki Momonosuke had when first disembarking on Dressrosa.

He is the primary antagonist of the Wano Country Arc and one of the central antagonists of the Four Emperors Saga.

You read that right.

Kaido is known as the world’s “Strongest Creature”, so if it wasn’t already obvious that we’re going to be training around strength and size, I hope it is now.

When we move into his powers and abilities we learn even more about just how powerful Kaido is.

Here’s how they break it down to begin:

Befitting his muscle bulk, Kaidou is legendary for his supreme physical power as the strongest creature in the world. He is capable of swinging his kanabo hard enough to send a normal-sized person flying into the distance in one blow, and he broke past the tremendous defensive power of Luffy’s Gear Fourth with great ease. He once sunk nine enormous prison ships singlehandedly. Sengoku once said that even as a mere apprentice in the Rocks Pirates, Kaidou was able to earn respect his vicious companions through his strength alone.

The most remarkable, Kaidou possesses nigh-indestructible durability, even without using Busoshoku Haki. He took multiple powerful hits from Luffy’s Gear Third while in his dragon form and transformed back into his human form after being pummeled into the ground, and proceeded to receive a barrage of Gear Fourth hits that were even more powerful, yet he felt nothing more than annoyance, received no injuries, and was able to quickly get back up and counterattack without issue. This all changed once Luffy was able to improve his Busoshoku Haki from his training while in Udon and made Kaidou bleed with his newest Gear Third technique, which used advanced-grade Busoshoku Haki yet the damage was still low.

They continue on to talk about his incredible speed as well.

Despite his enormous size, Kaidou is extremely fast in combat and can move from one spot to another almost instantaneously. He completely blitzed Luffy in an instant while attacking him and appearing behind him afterwards. Another testament to his speed, he was fast enough to nearly once again blitz Luffy despite the latter perceiving the future using Kenbunshoku Haki, only barely avoiding a head-on attack.

And, just to get the full gist of his power, I also want to share a brief snippet about his Devil Fruit power as well:

Kaidou ate the Uo Uo no Mi, Model: Seiryu, a Mythical Zoan-type Devil Fruit that allows him to transform into a full serpentine Azure Dragon and a human-dragon hybrid at will. His full Beast Form is massive, roughly half the size of a small town, with extremely durable, blue scales.

While we WILL be training around Kaido’s insane size, strength and speed – we WON’T be learning or training to unlock any abilities that allow us to turn into a human-dragon hybrid, unfortunately.

For this I’m going to be doing a bit of a mix by pulling from our Behemoth Program 90 Day System – and our 90 Day Systems have even been used to help train new U.S. Marines, so we won’t be messing around.

I’ll also be training around a bit of a powerlifting style with extra accessory work to really prioritize the strength gain.

So get ready for a ton of volume and heavy lifting!

You have five days of weight training and then some optional additional work – but the focus is on getting big and strong and adding in triset intensity to put our speed to the test!

Friday: Strongest Creature Back and Core

B. Goblet Squats with Kettlebell