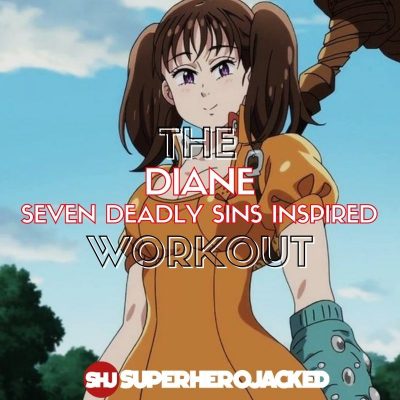 Keeping the ball rolling with our Seven Deadly Sins Inspired Workouts this week we’re bringing in some more of our SDS main squad with Diane!

Which, if it wasn’t clear, means Diane is definitely a fan favorite!

The other fun part about Diane and her powers is that we’ll be able to build a routine out that revolves around some weightlifting and strength for the ladies as opposed to Elizabeth and Merlin where we put together more of a cosplay/aesthetic oriented routine based around cardio and calisthenics.

So we’re getting another powerful and strong female added to our Anime Workouts Database – which is also a great addition to our Seven Deadly Sins Workout Placement Quiz!

When she’s human sized Diane is actually right around the average height we’ve seen among both characters and celebrities.

In giant size she blows just about every character our of the water, outside of like Gigantomachia (she’s even taller than Kaido and Whitebeard)! 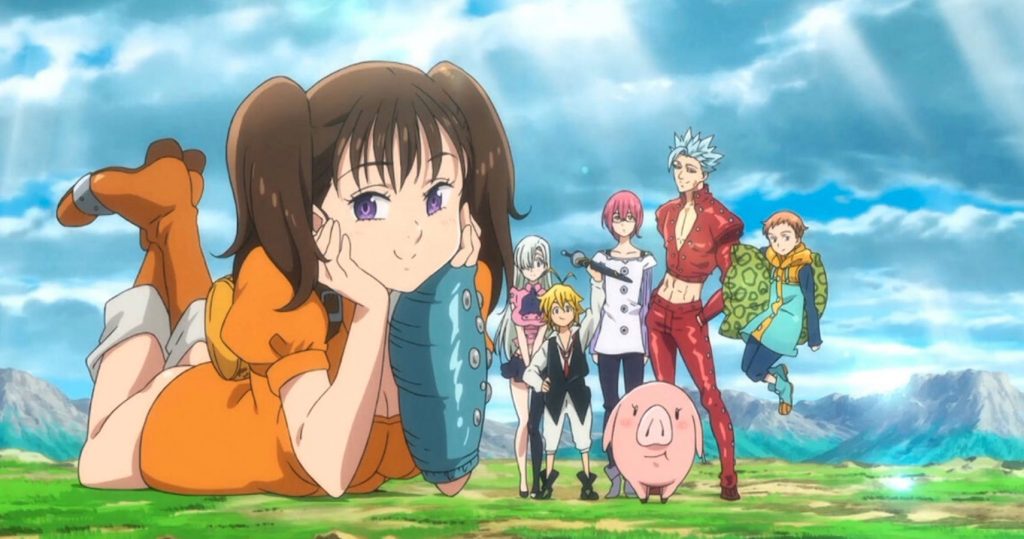 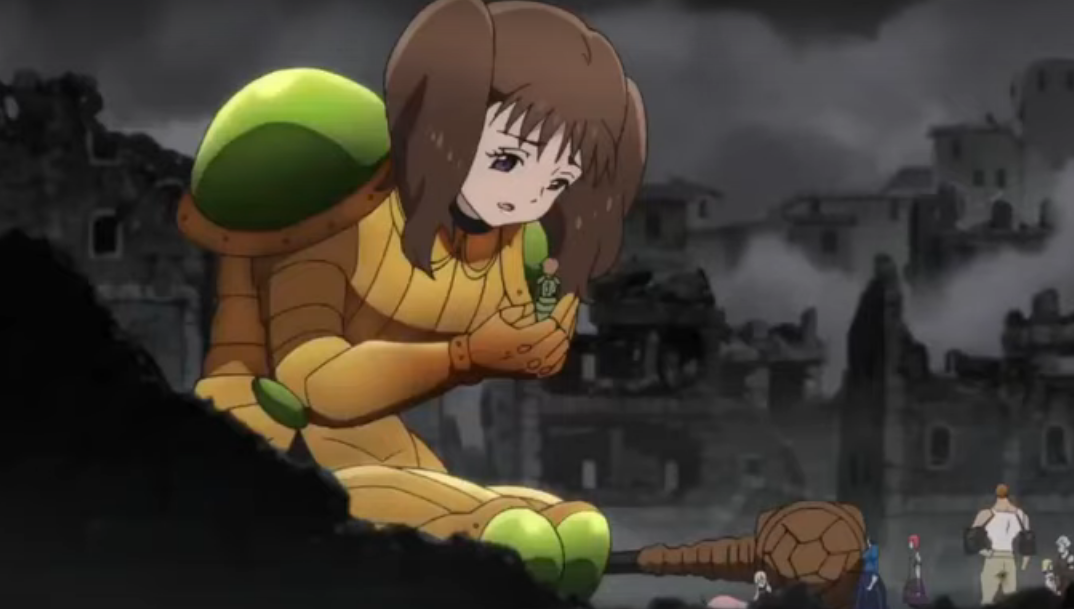 To learn more about Diane, the Serpent’s Sin of Envy, we’re going to be pulling right from her Wiki Fandom page.

Here’s how they start us off with a decent size bio:

Diane of the Seven Deadly Sins. She is a member of the Giant Clan and is thus much larger than ordinary people, including her fellow Deadly Sins. Her Sacred Treasure is the War Hammer Gideon, which she uses in conjunction with her inherent power, Creation.

During the New Holy War arc, Diane’s strength was fully acknowledged by the former King of the Giant Clan, Drole as he himself died protecting her after declaring her as his successor, making her the next potential ruler of the Giants as well as the unofficial “Giant Queen.” She is also currently the wife to King, who is the current King of the Fairy Clan.

When we skip down into her powers, abilities and equipment section we also quickly learn more about what we’ll be building out this routine around.

As a member of the Seven Deadly Sins, Diane is shown to be incredibly strong. She was able to punch the ground and use it to stop a horde of bugs from destroying a town. She has also shown to have great endurance as she was able to resist Gilthunder’s lightning and even break free from it. As Matrona (human size), she possesses incredible physical strength and speed which she displayed during the fighting festival’s preliminaries by defeating more than ten men quickly and with ease. Even as a young child, Diane demonstrates an extraordinary connection with nature, being able to create two Golems. Matrona, who trained her all her life, said that Diane had the potential to become the strongest warrior of the entire Giant Clan.

From there they go on to tell us even more about her strength, even going as far as sharing the weight of her hammer:

Being a giant, Diane is able to perform staggering feats of strength, able to clash with the likes of Meliodas in terms of strength and even break through barriers capable of withstanding meteors with a single punch. She can swing a hammer with a weight of 998 kg (2200 lbs). Due to her giant size, this speed is reduced to nil, but when shrunken to human size her speed increases and is able to dodge rapid arrows shot by a foe of similar ability such as Gowther. Diane has great endurance as she is able to withstand several mortal blows, such as being pierced through the shoulder and thigh and still move fast enough to save citizens from collapsing buildings, and still retain consciousness even after losing blood and taking a further beating.

After passing the trial, her connection to the earth increased to where she can increase her power farther while dancing. According to Melascula, her strength became comparable to Drole’s. Drole himself believed that eventually, she will become a greater ruler of the Giant Clan than himself because her love made her stronger than mere combat power.

For her training we won’t be programming any hammer-specific exercises, although I will share a workout that we DID revolve our training around a hammer for you guys to tack on if you’d like – but rather train to unlock her incredible strength, and overall physique.

Although this training WILL NOT make you 30 feet tall.

I’m going to be using some tactics from our 90 Day Systems, which have even been used to help train new U.S. Marines, so we won’t be messing around.

This time around I’ll be pulling some pieces from our Behemoth Program 90 Day System, but I’ll be adding a ton of Diane-flair to it to specifically work around her overall aesthetic and strengths.

So get ready for heavy weight lifting, but also to train around her specific body type!

We’re going to be working with an Upper/Lower Body Split, two days of each per week, with endurance work and optional training added in on top of that.