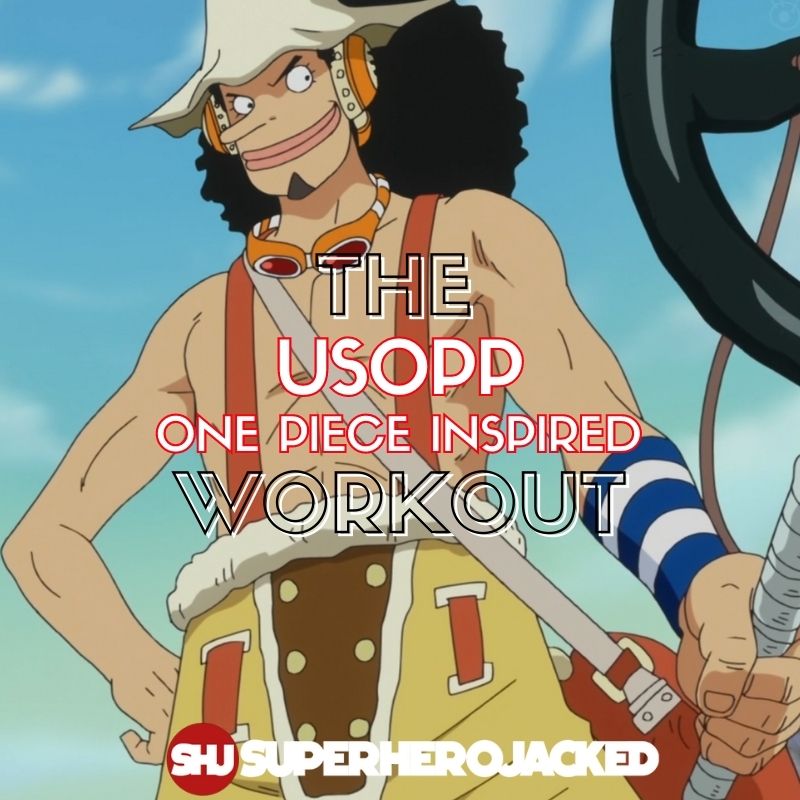 From Blackbeard to Usopp we’re coming right back into our One Piece Inspired Workouts but this time we’ll be hitting a lean and toned character as opposed to another behemoth.

We’ll also be approaching the way we train a bit differently for this one as well.

As opposed to training with heavy weights like we saw for Blackbeard this week, we’re going to be sticking to bodyweight and calisthenics to unlock our inner Usopp!

This will also open the door to expanding some of the possibilities within our One Piece Workout Placement Quiz as well.

And it doesn’t hurt that Usopp happens to be one of the most requested characters among One Piece characters we have yet to add to our databases.

Usopp grew from 5’8 1/2 to his 5’9 1/4 after the timeskip which makes him slightly above average among male anime characters we’ve seen.

Although he definitely doesn’t compare to a ton of the other behemoths within our Anime Workouts Database. 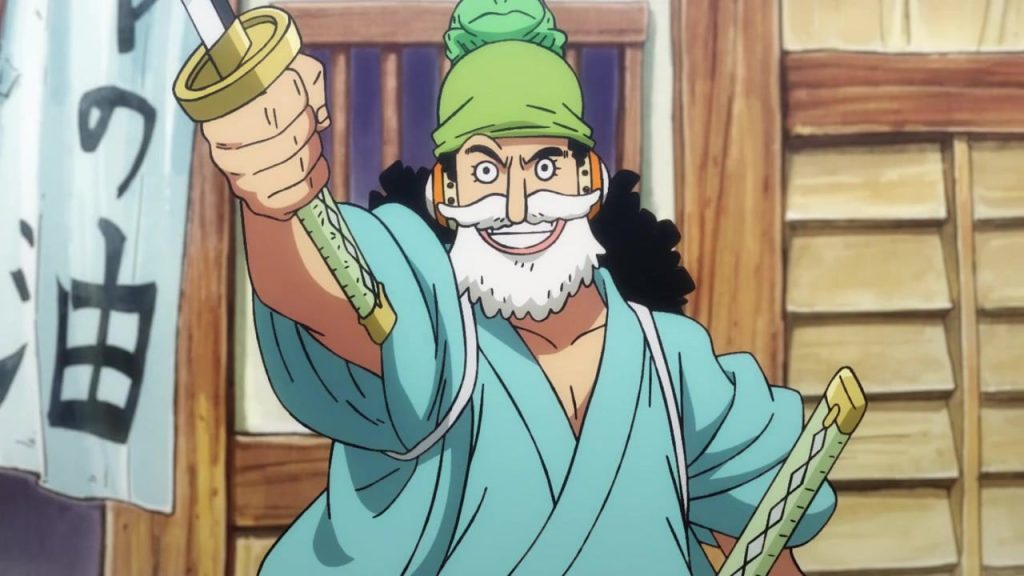 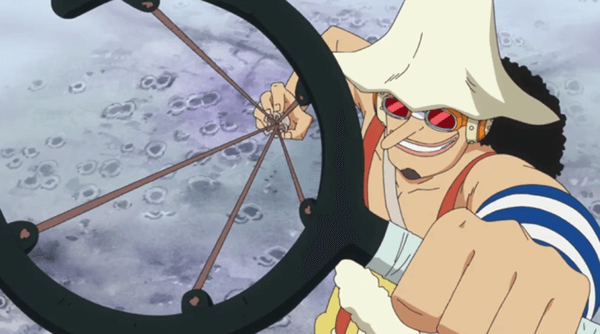 Usopp may not have Devil Fruit abilities or any other powers for us to train around, but he still deserves his spot in the Workout Database.

As I already mentioned above: we’re going to be training around bodyweight and calisthenics training for this one, but we’ll still be breaking down Usopp’s background information the same way we do with all of our characters.

To do this we’ll be pulling right from his Wiki Fandom page which starts us off with:

“God” Usopp is the sniper of the Straw Hat Pirates. He is the fourth member of the crew and the third to join, doing so at the end of the Syrup Village Arc. Although he left the crew during the Water 7 Arc, he rejoined at the end of the Post-Enies Lobby Arc.

Usopp is the son of Yasopp and Banchina. He was born and raised in Syrup Village, serving as “captain” of the Usopp Pirates and being Kaya’s close friend. After working with the Straw Hats to defeat Kuro and the Black Cat Pirates, he was invited to join the crew. Despite his usual cowardice, Usopp dreams of becoming a brave warrior of the sea just like his father and lives every day in pursuit of living up to this dream.

Before we move on into Usopp’s abilities I do want to make mention of one thing that’s extremely important that they tell us about the timeskip:

After the two year timeskip, Usopp has become much more muscular than before and has grown his hair out. He has become “manlier” and is slightly taller than before.

We’re going to be taking Usopp’s lead and build this one around becoming more muscular and “manlier” in the process.

From there they go on to tell us a handful about some of his abilities before moving into the physical abilities that will really help us build this one out other than simply basing it around his physical appearance and overall aesthetic.

Some of the specifics that they make mention to are:

None of these necessarily help us, but they’re worth giving Usopp credit for.

From there they move on into his physical abilities, which they list as:

While not at the same level as Luffy, Zoro, Sanji, and Jinbe, Usopp’s endurance and willpower is considerably strong. After a major battle, Usopp tends to have severe injuries often caused by his determination to reach his goal. He will attempt to continue even with his injuries. Prominent examples of his incredible durability can be observed when Usopp was hit in the face by Mr. 4’s 4-ton bat, and smashed repeatedly through walls by Miss Merry Christmas, and not only survived, but was able to continue fighting. Also during the Water 7 arc, he endured physical abuse from the Franky Family twice while trying to retrieve the stolen money. After being beaten up, Usopp managed to focus enough stamina to fight Luffy and later endured attacks from CP9 and the marines in Enies Lobby. In Thriller Bark; Usopp is tough enough to withstand the detonation of Perona’s exploding ghosts multiple times and a ruthless beating from Kumashi, a bear zombie with immense strength, without losing consciousness. While heavily injured, he can withstand using the Impact Dial to blast the Hippo zombie despite the excruciating backlash that nearly broke his arm. At Punk Hazard, when he was attacked by a giant child, Usopp got back up almost immediately and prepared to attack. He was then suffocated by Caesar Clown with his Gasu Gasu no Mi abilities before taking a direct attack from Caesar’s “Gastanet” only to come out of the massive gas explosion with a few bruises. He took at least two of Ulti’s headbutts while she was in her hybrid form and still maintain consciousness.

Another one of Usopp’s attributes is that he is a fast runner, which makes him an evasive fighter. He managed to run away from Chew for several minutes, despite Chew being a superhuman fish-man. In battle, Usopp uses hit-and-run tactics and works best as part of a team where there are more physical fighters to watch his back. This is due to the fact that he is so high-strung and jumpy, and he often gives into his basic survival instincts: fight or flight (usually choosing flight), although this seems to have changed after the timeskip where he is shown to be more confident in his abilities.

Usopp’s close combat abilities are still noticeably limited. Before the timeskip, Usopp admitted that he could only lift 5 kg at most and that he and Nami were dangerously underpowered and normal compared to the other Straw Hats. He prefers to use improvised weapons (like his hammers) as he lacked martial art skills.

So for this one we’re going to definitely be training around Usopp’s new and improved muscular timeskip physique, but we’ll also be looking to gain speed and endurance as well in the process to work around Usopp’s abilities.

For this one we’re going to be pairing calisthenics training with endurance and circuit training to knock it all out in a 3-5 day split each week.

Get ready for some intensity!

For this one our focus is Usopp’s toned and muscular post-timeskip physique and also his endurance. For that reason we’ll have 2 days devoted to endurance work and then 2 days of hard endurance and calisthenics training with one final day of a Sniper Endurance Circuit.

Run 1-3 Miles (Based on your fitness level)

Run 1-3 Miles (Based on your fitness level)

B. Inch Worms (or Wall Climbs)