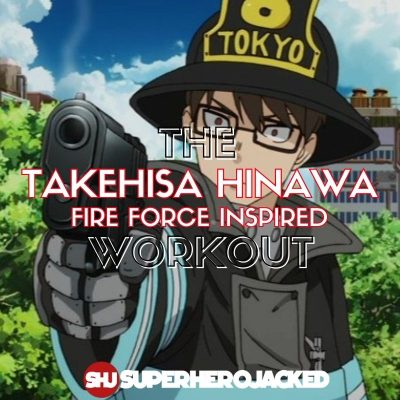 We’ve been on a bit of a roll with our Fire Force Inspired Workouts lately – and we’re going to keep it going with a few more characters since you guys have been loving them.

Takehisa came in at number nine among our Most Popular Fire Force Characters – but didn’t quite make it among the list of our most powerful.

But, being a fan favorite definitely lands him his place among the rest of our characters.

He might not be as jacked as Captain Obi and Maki – but he’s still going to make a great character to build a routine around.

It also helps that Takehisa is going to be a great addition to our Workout Placement Quizzes as well.

Takehisa comes in slightly above average when compared to other male anime characters we’ve seen at SHJ.

Although he is definitely much shorter than a lot of the behemoths we’ve had join our Anime Workouts Database. 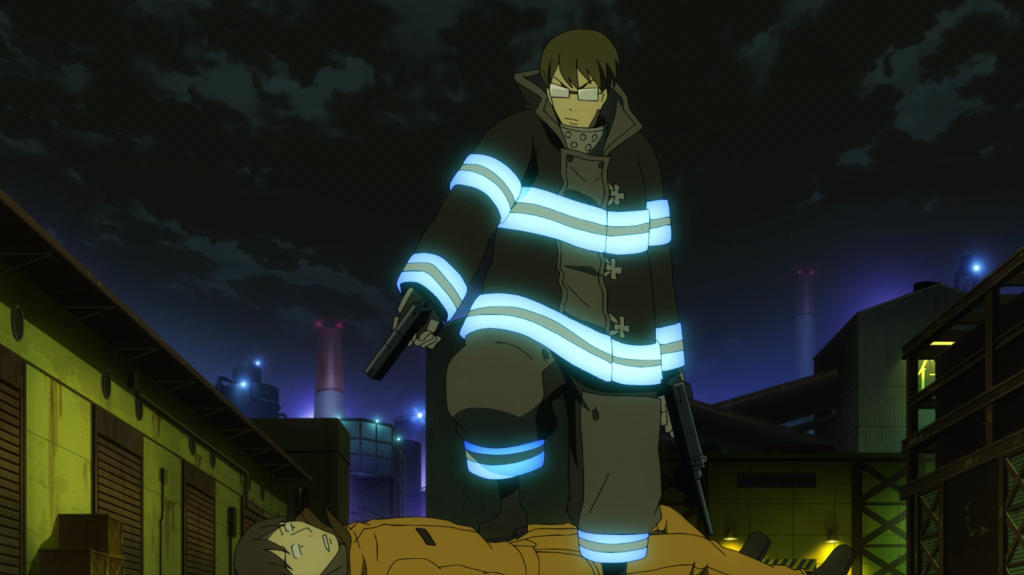 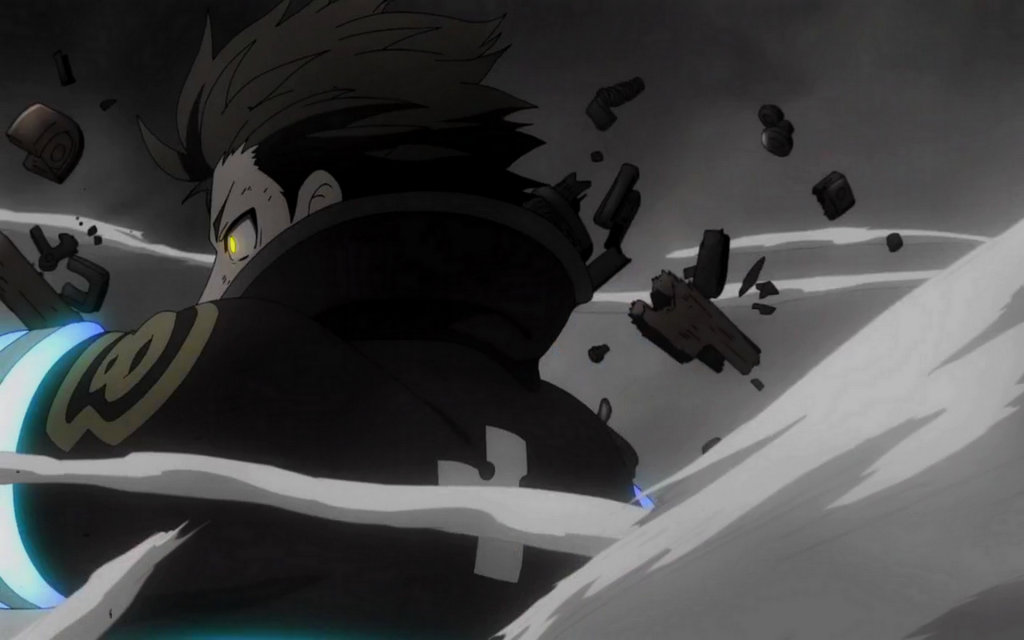 We’re used to a minimal bio share from the Fire Force Wiki Fandom at this point, but that’s where we’re going to start to move into how we’re going to learn enough to build this one around Takehisa:

But that’s okay – we have more to share and talk about before we move into the full workout.

They start off with a bit about his overall abilities, stating:

As a member of the force, who had once served in the military, and a ‘demon trainer’ that both Shinra and Arthur has gotten very afraid of, it is suggested that he is very physically fit as well and is amply formidable in terms of hand-to-hand combat, although this is rarely showcased as he fights almost exclusively at long range.

So right off the bat we know he’s physically fit (if we couldn’t already tell by his physique and appearance in the show), and the fact that he served in the military and can hold his own with his mixed martial arts.

From there they move into his Pyrokinesis:

With “Trajectory Control”, Hinawa can manipulate the trajectory of his bullets, which allows him to shoot his targets from any given angle and from longer distances, and with he can accelerate said bullets, leaving behind a trail of fire. With “Ricochet Control”, Hinawa can use the sparks generated by the bullets impact to force his bullets to rebound, bounce or skip off a surface, increasing their velocity.

Hinawa is also equipped with a Special Fire Extinguishing Bullet, which allows him to subdue and slow down an Infernal’s movements with relative ease.

This doesn’t actually help us all that much when it comes to being able to build out the routine – but it’s still relevant to his background.

While Takehisa may not be overpowered and super powerful like some of the characters we’ve had in our Workout Database, we will still be revolving this one around calisthenics based on our Assassin Calisthenics 90 Day System.

Assassin Calisthenics has even been used to help train new U.S. Marines, so it’s fitting that we use pieces of it for Takehisa, but I’ll be scaling it down a bit to make it a perfect fit – while also giving us a nice Fire Force Company 8 Inspired flair to it.

Be ready for some high intensity work while also needing to use progressive overload like what we do with our Workout Enhancement Tool in order to level up your life. 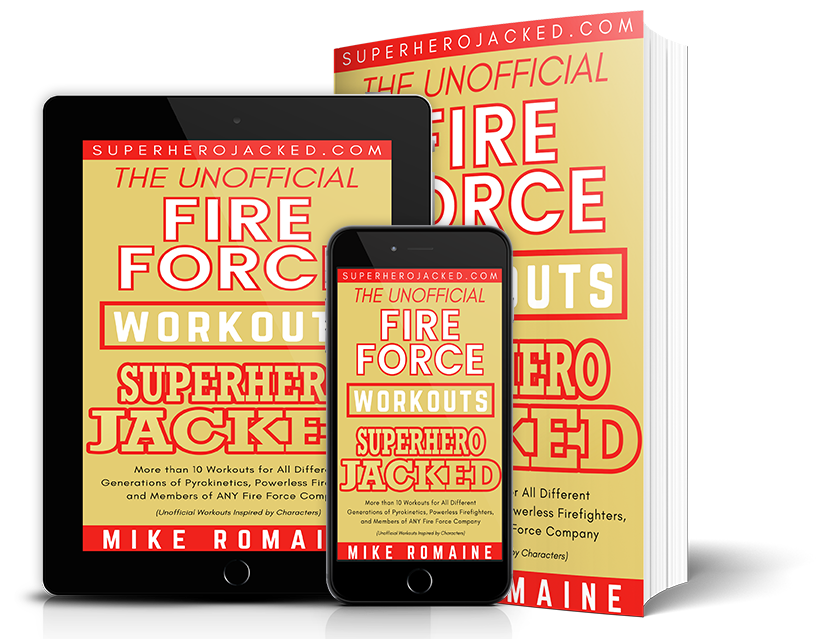