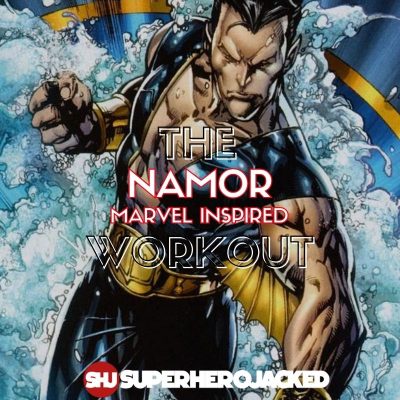 We’ve had other atlantean superhero characters here at SHJ within our Superhero Workouts.

But now we’re adding the most powerful Marvel atlantean character to our databases as well.

It’s been a long time coming to get Namor onto the site, but we’ve finally exceeded a number of requests for him that enables me to warrant his spot!

He is definitely a character with the potential to get as popular as Aquaman (if that wasn’t obvious).

And he’ll also make a fun addition to our Marvel Workout Placement Quiz.

Namor is quite tall, and the amount of mass he has on him for his six foot two frame makes him huge.

To compare, Dwayne Johnson is 6’4 and weighs around 240 pounds. 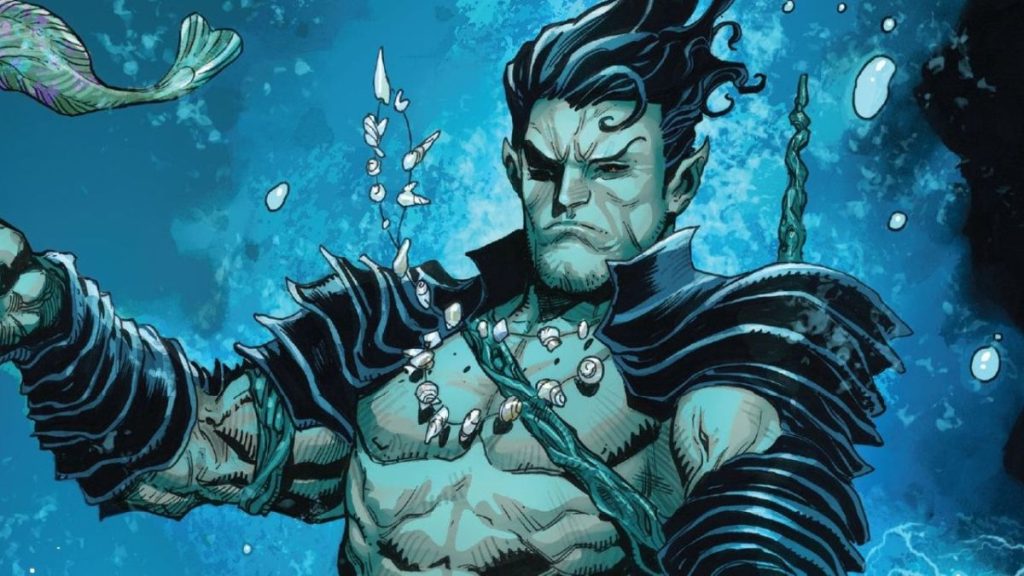 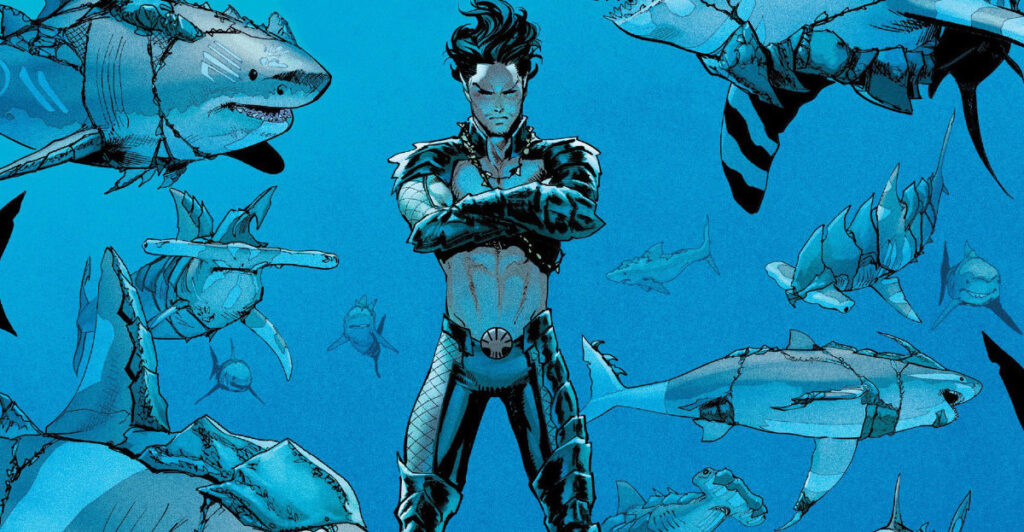 To learn more about Namor as a character and learn about what we’ll need to utilize to build out this routine we’re going to be pulling from his Wiki Fandom page, starting off with a brief origin bio:

In 1915, Ernest Shackleton, sent by Winston Churchill, sought out vibranium in the Antarctic. His ship, the Endurance, was lost. Later, Leonard McKenzie, with the telepath Paul Destine as a passenger, attempted to recover the vibranium. Princess Fen was sent to investigate explosions near the surface by her father, Emperor Thakorr. McKenzie met, fell in love with, and impregnated Princess Fen with the child who became Namor. However, Atlantean soldiers came to retrieve Fen and attacked McKenzie’s crew. Leonard McKenzie was believed dead by Fen following the attack and she returned to Atlantis, pregnant.

What’s really going to help us build this workout is his powers and abilities section, though.

When we move down to that we can immediately start with his Mutant/Atlantean Physiology:

Mutant/Atlantean Physiology: Namor’s powers come from his being a unique hybrid of Atlantean Homo mermanus and mutant Homo superior physiologies. Because of his unusual genetic heritage, Namor is unique among both ordinary humans and Atlanteans; he is sometimes referred to as “Marvel’s first mutant,” because, while the majority of his observed superhuman powers come from the fact that he’s a hybrid of Human and Atlantean DNA, his ability to fly can’t be explained by either side (as Atlanteans are an offshoot of “baseline” humanity).

They also make note that he has been stated to be an Alpha-level mutant.

From there they go on to list a ton of the abilities that come with this mutation.

Being that there are so many I’m going to list them out without their individual description and if you’d like to see more you could head to his full Wiki Fandom page:

For this one it might be obvious what we’ll be focusing on.

Namor is jacked and has a large muscular physique (while still being shredded) that will go well with his Superhuman Strength, Speed and Stamina training that we’ll need to prioritize.

We’ve also researched an Olympic swimmer in our Workout Database, which I’ll be sharing within the full routine if you’d like to also add in some training specific to the water.

For this one we’re going to be training using a Bro-Split with 4 days of training revolving around the big four compound lifts to focus on strength and speed training with a bit of endurance training punched into each day. On top of that I’ll also be sharing Ryan Murphy’s training (Olympic Swimmer) that you can use, but the final day per week, if you’d like to make it a 5 day routine, will be a Namor Circuit Test.

Friday: Atlantean Back and Biceps