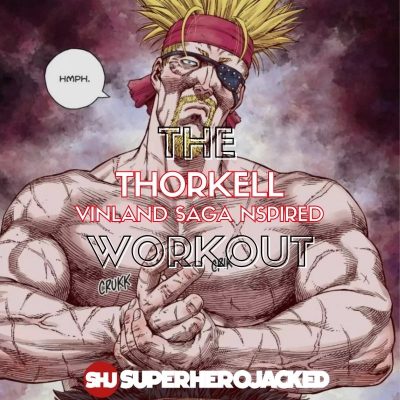 We have another behemoth coming into our Anime Workouts Database.

Thorkell is definitely the top requested Vinland Saga character coming in after Thors.

A lot of our Vinland Saga characters are the size of regular humans, but definitely not Thorkell…

Thorkell came in at number two among our list of the strongest Vinland Saga characters, and is definitely among the most popular as well.

So if you’re looking to lift heavy and train like a behemoth then you’ve come to the right place – but if you’re looking for bodyweight training then you should head over to our calisthenics workouts or even take one of our Anime Workout Placement Quizzes.

Thorkell is massive and definitely comes in among the behemoths in our databases.

He’s even taller than both Tengen and Gyomei with only a handful of characters standing larger than he is. 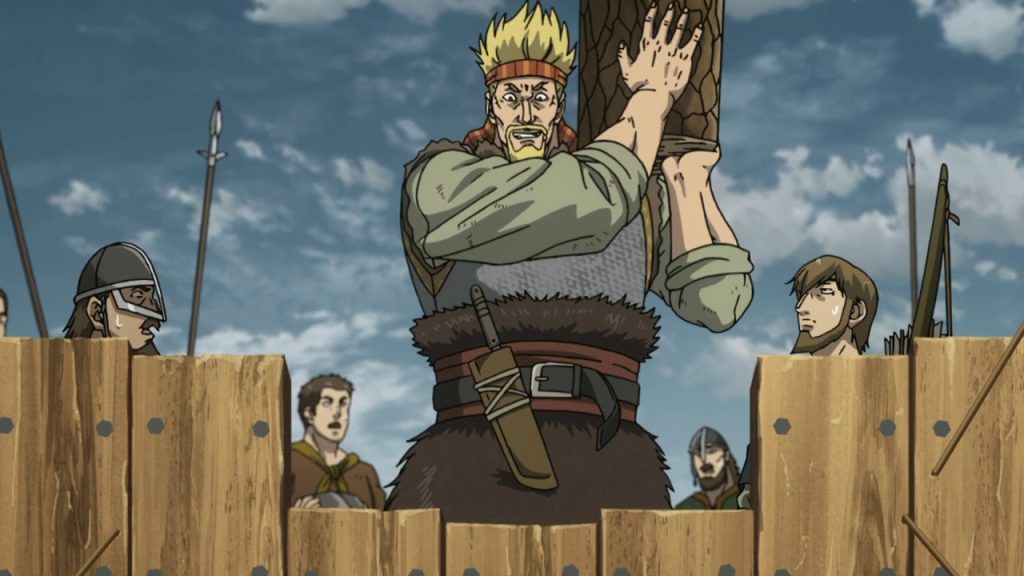 To learn more about Thorkell and pull the information we’ll need to properly build out this routine I’m going to be taking right from his Wiki Fandom page, starting with his initial bio section:

Thorkell (トルケル, Torukeru) also known as Thorkell the Tall, is a Jomsviking commander who later commanded his own band during the invasion of England. He switched sides to fight for the English before choosing to ally himself with Canute. Due to his colossal strength, he’s considered as the strongest Viking, noted by Floki and Garm. Thorkell is the brother of Sigvaldi, the Jomsvikings chief, uncle of Helga, uncle-in-law of Thors, great uncle of Ylva and Thorfinn, and father of Cordelia (Halvar).

And when we move down into his powers and abilities section we learn a lot more about what we’re going to be working with.

They lead us off with a section about his overall power level:

Thorkell possesses superhuman strength, with the only person ever being able to beat him in the past being Thors. Thorfinn stated that one punch from Thorkell would be enough to kill him. Despite being massively huge, Thorkell is quick in close combat. Amongst his many feats include being able to lift an around 5 tons enormous boulder and throw it strongly enough to sink longships, throw several logs with ease and use/swing them as quarterstaffs, throwing a spear over a kilometer and killing several men with it in the process, kicking Thorfinn several feet into the air, punching a horse in the abdomen so hard it flies off in the air and most notably, bulldozing two houses on his own with his axe.

His massive strength is on par with his massive physique, which makes this routine a straight line for now.

They continue on with a section about his abilities with battle axes, incredible durability, and more:

While skilled in hand to hand combat, he truly excels when wielding his battle axes, using them to slice through fully-armored warriors and trees into pieces. Though large and powerful, his slashes are accurate and fast, truly testing Thorfinn’s dexterity.

On top of his strength, he possesses inhuman resilience and a high pain tolerance, capable of taking heavy damage and laughing it off later. For example, Thorkell does not even flinch after being stabbed through the hand and losing 2 fingers and survives after being burned alive, and being completely unfazed by the wounds and able to throw men around while bandaged, not weakened or slowed down whatsoever by serious injuries.

As a leader, he may be calm and have goodwill for his men, who respect him for his strength, despite all being seasoned fighters. His band of 500 men are almost as bloodthirsty as he is and Thorkell can motivate them with a powerful speech. Thorkell may seem to be just a dim, raging brute, but he is actually quite intelligent and introspective. He is a capable and charismatic leader, a keen observer of tactics and fighting styles, and has a good understanding of politics. He just can’t be bothered with all the mind games and intrigue and sticks to what he is best at: battle.

They also continue on with some more information about Thorkell’s terrifying aura and how he got another one of his nicknames.

Now, it’s not that relevant to how we can build a workout, but it IS relevant to his character overall, so I’m going to share it for us:

Thorkell possesses a terrifying aura, as Torgrim’s mental state broke when having to face against him. While Torgrim survived due to Thorkell not killing him, he succumbed to amnesia afterwards and his mental state reverted back to that of a child. Even hearing Thorkell’s name causes fear in experienced vikings including Askeladd.

Thorkell’s colossal power gave him the epithet Thorkell the Invincible by Askeladd, and he’s considered as the strongest Viking due to it. Thorkell is in fact so strong that the only thing rumored to possibly kill him would be “too much peace.” And indeed, during over a year of peace, Thorkell was suffering from battle withdrawal and once passed out in a comedic scene.

Some of this is to be expected when you’re standing there with a 7’7 massive behemoth in front of you weighing about 400 pounds.

Which means, if it wasn’t already obvious, we’re going to be training primarily for mass and strength.

Speed will come with it, and if you eat enough to allow yourself to tack on a considerable amount of mass, size will come as well.

For this one we’re going to be training with one of my favorite splits that allows us to hit every body part separately each day of the week. This also gives us some room for cardio within our training to stay lean and work one endurance and overall health as well.