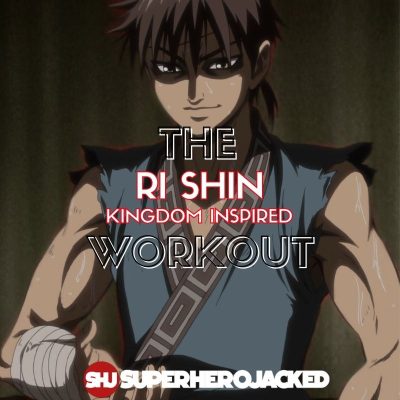 Ri Shin is finally coming to SHJ and bringing in our first Kingdom character to join our thousands inside the Anime Workouts Database.

By the way the requests for Kingdom characters have come pouring in, I’m sure Ri Shin will just be the start of another solid mini database.

Just to be clear, skipping ahead to our workout research section for a moment, we’re going to be building this one out using weight training – but we could always get a calisthenics version for Shin further down the road.

This one is definitely going to be a fun one to add to our Anime Workout Placement Quizzes.

Ri Shin is shown as being quite short in Kingdom, but fans guesstimate his height around 5’7, if not a bit shorter.

And although that’s short in Kingdom, that’s actually right around average height among our male anime characters. 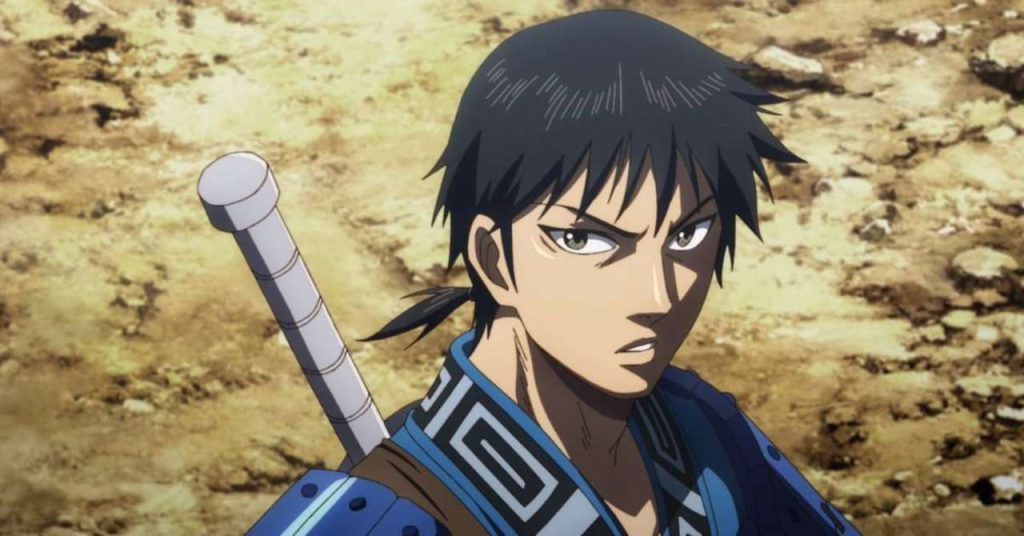 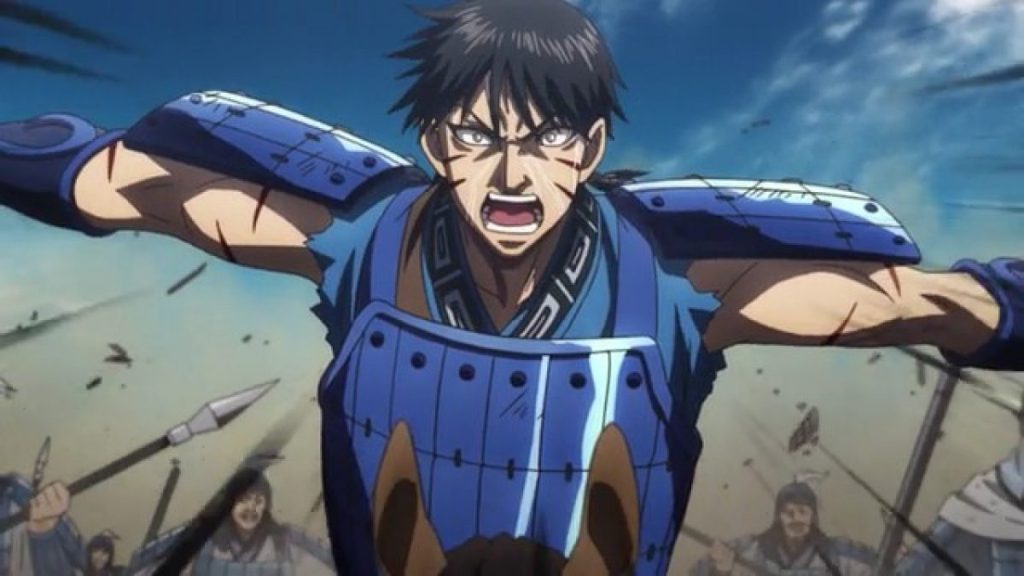 To learn more about Ri Shin I’m going to be pulling right from his Wiki Fandom page, starting with his bio which they give us as follows:

Ri Shin, formerly known as Shin, is the main protagonist of Kingdom. He is a General of Qin and the leader of the Hi Shin Army.

Short and sweet, but just what we need to get started before moving into his powers and abilities.

The real meat and potatoes of what we’ll be using to build this workout.

His Fandom starts off by telling us a bit about his overall abilities here:

Although possessing a little talent for strategy or tactics, Shin has continued to develop his instincts that have allowed a sense of insight into the flow of a battle to be observed as he grows. In lieu of tactics, Shin leads his unit from the front leading direct charges cutting down swaths and deep into enemy ranks. Through this Shin and his unit continue to grow into stronger and more capable fighters, who specialize in being able to take on enemies many times their number. As a warrior, Shin boasts superior physical abilities and martial prowess than most. Though perhaps his two most impressive assets are his relentless tenacity that marks both his style of fighting and is the most indicative trait that leads to his growth. When enraged, he is able to break through his physical limits and overwhelm his enemies with brute strength alone.

So right off the bat we obviously know we’re going to be working with an extremely strong character, but they break that down even further for us.

Here’s what they tell us about all his physical abilities, which will be what we’re actually using [primarily]:

Immense Strength: One of Shin’s most prominent traits is his monstrous strength, this is evident even at a young age as shown when he overpowers 4 bandits simultaneously despite the huge difference in size. Fueled with rage over Hyou’s death, he was able to smash through stone walls with his fist. He applied tremendous force in his swordsmanship, being able to easily cut down a large number of armored soldiers without tiring. His immense strength was also shown during his duel with Rin Ko, the most dangerous and second strongest vassal of Ren Pa, which was enough to slay him. He has even managed to kill Hou Ken, a man who was only ever wounded by Kyou, Ou Ki, and Duke Hyou, three of the most prominent fighters in the state of Qin.

Immense Agility: Shin is extremely fast, capable of dodging fast attacks as shown numerous times throughout his battles. He is agile enough to match Kyou Kai’s movements during their friendly sparring matches. In battle, Shin could cut down multiple enemies at once with incredible swiftness, giving them little time to react. He even managed to match Hou Ken in terms of speed during their brief first bout.

Immense Endurance: Since his days sparring with Hyou, Shin has displayed an immense amount of tenacity to the point he is capable of fighting on despite excessive blood loss and numbness from heavy wounds. As shown during his fights with Jo Kan, Muta, Sa Ji the assassin swordsman, and Ran Kai, Shin was able to stay conscious and fight on despite losing a large amount of blood and being hit constantly by physically stronger opponents. His endurance has only grown exponentially over the years as he went to constant battlefields and survived numerous duels with stronger opponents. His ability was pushed to its limits during the 6th day of Battle of Sai as he was able to fight on for days with little to no sleep through sheer willpower alone.

To break it down a bit more, here’s what we’re working around specifically for this workout:

Our strength work will thankfully help us build Shin’s agility as well, but we’ll also need to factor in his incredible endurance as well.

The endurance work and intensity we’ll be using will just bolster the routine even more towards the goal of Ri Shin’s shredded aesthetic.

For this one we’re going to be training with three days of full body training with weights, one day devoted entirely to endurance and a final day devoted to an intensity agility circuit that you can utilize weekly, biweekly or monthly (and sub in extra endurance on weeks you don’t crush the circuit)!

B. DB Curl and Press