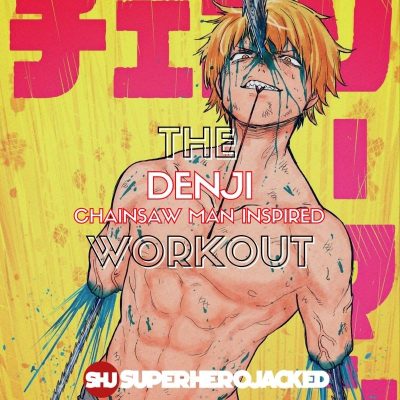 You guys have been wanting me to add Denji (and Chainsaw Man in general) to our Anime Workouts Database for a while, but I wanted to wait until there was more information out there to pull from to really get this one right.

That said, I’m excited to be getting him on the site while also knowing we’re getting Chainsaw Man at Crunchyroll as well!

While we won’t have a Chainsaw Man mini-database anytime soon, or a Workout Placement Quiz for that matter – we’ll still have Denji floating around within the main anime quizzes and database.

Although technically it would be considered short if we compared him to superheroes or male celebrities. 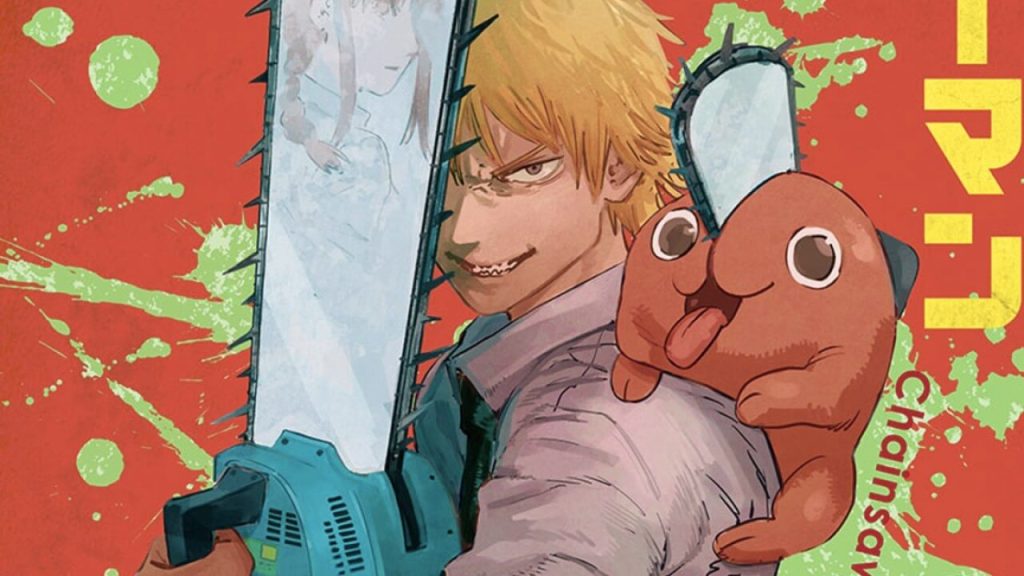 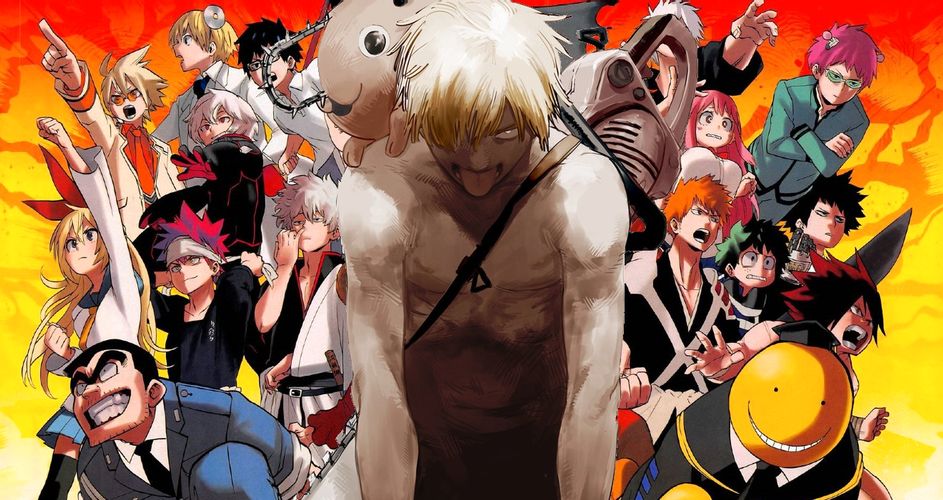 To learn more about Denji and what we’ll be working with for this workout routine I’ll be pulling right from his Wiki Fandom page, which leads off with a brief bio stating:

Denji is the protagonist of the Chainsaw Man manga series. As a young boy, he inherits his father’s debts from the Yakuza. After meeting Pochita, he becomes a Devil Hunter for the Yakuza in an attempt to clear his debt. Once the Yakuza, under the control of a Devil, betrays him, he dies and Pochita becomes his heart. He now becomes the Chainsaw Devil by pulling a cord on his chest. After meeting Makima, he became a Public Safety Devil Hunter.

When we move down into his abilities we can really learn about what we’re working with here.

But, before we do that, I do want to at least make mention to his different forms, since we will be training to achieve an overall aesthetic like Denji as well.

Here’s how they break down his three different forms, which will directly lead us into his powers and abilities:

Human Form (Post-Fusion): After Denji forms a contract with Pochita, his heart is fused with Pochita, a chainsaw cord forms in the middle of his chest and he regains his lost organs. He now spends much of his time wearing the standard Public Safety Devil Hunter uniform, consisting of a white shirt, tie, and slacks. He wears the uniform carelessly, his shirt wrinkled and sleeves rolled up.

Hybrid Form: If his chainsaw cord is pulled while he has enough blood for the transformation, then his head will morph into a demonic, mechanical shape with long, jagged fangs and a chainsaw handle on the back. Large chainsaws will emerge from his forehead, arms and legs, if he desires it. If Denji’s chainsaw cord is pulled while he does not have enough blood, then a chainsaw blade will partially emerge from his face.

Devil Form: After surrendering himself to Makima, Denji transformed into a Full Devil, completely losing his human consciousness and letting his devil counterpart take over. Prior to the transformation, his intestines emerge from his stomach and wrap around his neck, resembling a scarf or a collar. Once transformed, his body is black, looking to be covered with either armored plates or scales. He gains spikes on his shoulders and the back of his head, the handle on the back of his head disappears. He becomes much larger and bulkier, towering over the average human. He has four arms as opposed to two, each equipped with their own Chainsaw Blade.

We are obviously prioritizing Denji’s shredded and lean base human form for this one, but I’ll break down our main goals after we discuss his powers a bit more.

Which brings us to his powers that come from his Hybrid Transformation:

Hybrid Transformation: By pulling on the cord emerging from his chest, Denji can transform into a bloodthirsty Chainsaw Devil. Denji needs blood in order use his abilities, so if he does not have enough he can’t fully transform, he can still manifest chainsaws but they are much shorter and weaker. This ability is revealed to be a result of his contract with Pochita. In exchange for living a “normal life”, Pochita became the heart of Denji.

From there they also go on to discuss his Devil Transformation, Blood Consumption, Chainsaw Devil Contract, Blood Devil Contract and his Hand to Hand Combat, BUT – I think we already have all we need to begin moving into this workout.

The main goals for our Denji Inspired Workout are:

For this we’ll be using bodyweight and calisthenics training to achieve Denji’s overall aesthetic, but I’ll be scaling up some of the movements in order to really push our limits and get that enhanced strength as well.

Don’t be afraid to scale down a bit if needed, or even start with our Beginner Ninja [Calisthenics] Workout before moving into this one.

For this one we’re going to be training with 3 days of calisthenics (which will scale up in intensity – so if you want to just use the first day 3 times you can), one day of entirely endurance work, and a final day devoted to a Chainsaw Man Circuit Test (which can be subbed out for another endurance day).