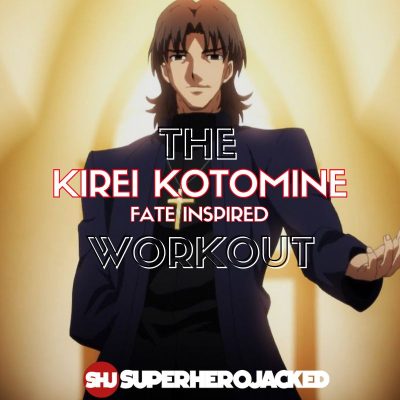 I have been loving our Fate Series and working on expanding our Fate Inspired Workouts mini-database fairly quickly.

I’m even bringing in two new characters this week since the last couple of weeks I’ve brought in one each time and you guys have loved it.

We’re getting closer and closer to reaching ten characters in there and getting an Unofficial Workout Booklet.

And I’m definitely going to need bring on a couple lists to discuss our most popular and powerful characters from our Fate series because you guys are asking for more and more.

For now though, let’s bring in the Master of Assassin!

Kirei is actually quite tall.

He might even be considered a behemoth among our Anime Workout Routines, but his weight doesn’t quite give him the status that our other characters get. To learn more about Kirei Kotomine I’ll be pulling right from his Wiki Fandom page, starting with a fairly large bio they give us here:

From there we can move down into Kirei’s abilities, which are pretty lengthy.

In order to tackle all of them we’ll start by breaking down what they give us for his overall abilities description:

Kirei’s talents qualify him both as an Executor in the service of the Holy Church Executor and a Magus who specializes in healing. His title of “Executor” inherently signifies that he is an elite killer who has successfully completed brutal and pious training to become mankind’s weapon. However, his skills as a first class Executor still cannot match the seventh of the Burial Agency under normal conditions. While still capable of displaying superhuman feats of strength and agility by the time of the Fifth Grail War, he has not gotten stronger with age and is substantially weaker than Bazett Fraga McRemitz in terms of pure strength without the assistance of weapons or magecraft. However, if one were to compare Bazett with Kirei at his peak ten years before (the “brightest moment of his life”), he would be the physically superior fighter overall.

His combat ability in at his peak is extremely strong when counting his abnormally large number of Command Spells, utilizing one or two at a time putting his physical ability equal to that of a Dead Apostle, and tenacity towards Kiritsugu, so he could even win against Ciel at that time. The state could also allow him to defeat a Servant under limited conditions. The only ones he could readily defeat would be those who lack physical power like an Assassin after having been revealed or a Caster in close combat. Defeating those that specialize in hand-to-hand combat would require a special condition in his favor like surprise or suitability against the opponent.

And there’s much more than just that!

They go on to discuss his physical abilities with a larger section, and then his Bajiquan, Black Keys, Angra Mainyu, Magecraft, Servant contracts and even Spiritual Healing.

But for the sake of this one we’ll be focusing in on his combat abilities to be able to build out the best routine.

Kirei is a skilled Executor, who has become a combat expert with over ten years of experiences in killing magi. He has experience hunting many strange magi and has fought countless numbers to the death, so he is used to facing enemies beyond common sense. Even though Rin is stronger, he would counter her talents in battle because of his experience. As he knows her, he would win against her eighty percent of the time due to having knowledge of her past traumatic experiences. He excels at opening up the trauma of the enemy, and as it is not easy for humans to conquer trauma printed into them, having such experiences probed would make her unable to take advantage of her true potential.

He is extremely strong, allowing him to gather all his strength to jump ten meters up and grab a person out of a tree by the head before they can react, all in an instant. Due to his strength, his muscles are trained to the point where they go far beyond what would overpower a normal person in theory. He can easily fall twenty meters while carrying a small girl and land without any issue. He can run fifty kilometers per hour in a forest with uneven terrain while carrying a small girl without reinforcing himself with magecraft, and he does not display any tiredness at all, compared to Shirou being barely able to keep up even when reinforced by Archer’s arm to a large degree. He is skilled at free climbing, comparing climbing four stories of a building as easy as walking down the street compared to something like a wall of ice.

They actually go on to discuss even more than that, but I wanted to make sure I included the portion that discussed his strength.

For those of you who just skimmed, they say: he is extremely strong, allowing him to gather all his strength to jump ten meters and grab a person out of a tree by the head before they can react,”

For this one, though, taking his physique and assassination skills into consideration, we’ll actually be using bodyweight training to accomplish our goals.

Which brings us to the objectives.

Our goals for this Kerei Inspired Workout are:

This is definitely going to be a fun one, but nothing we haven’t prepared for!

It will actually built more around an intermediate to advanced level so if you need to scale down you should; or even start with our Beginner Ninja Workout and then work your way up to this one!

As I mentioned above this one is going to be build around a calisthenics program that is somewhere between intermediate to advanced. We’ll be training 3 days a week with some high intensity bodyweight training and then we’ll also have a day devoted to endurance and a final day devoted to our Assassin Circuit Test.

Monday: Master of Assassin Calisthenics A

Wednesday: Master of Assassin Calisthenics B 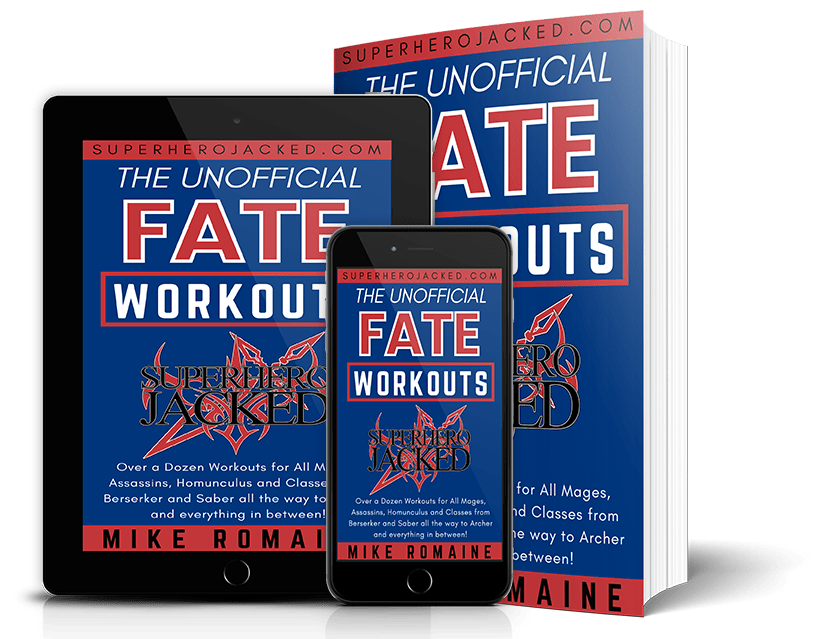