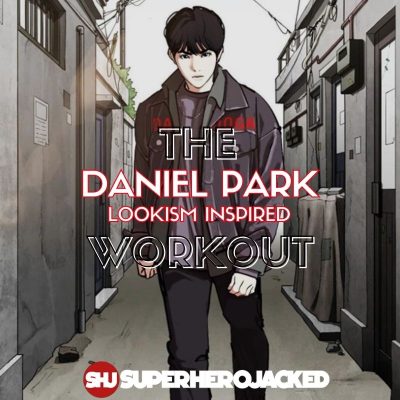 Lookism is coming to Netflix!

You guys told me I needed to read this one a long time ago, and I have only had time to read a bunch, but not be fully caught up; so I’m excited to have at least started now that we’re getting an anime.

And before you guys yell at me, we get like 100 requests a day for new routines, so you can only imagine how many manga, anime, comics, shows, and more I’m told I should watch or read!

That said, I do my best to mix the ones I personally find and want to watch/read, with the ones that I think are the best fit for SHJ and the #SHJArmy.

Daniel Park is slightly above average height compared to male anime characters we’ve seen; although that range is getting taller as we see more behemoths within our Anime Workouts Database.

That said, I’d say his real body height is about average, and his alternative body is a bit above average (though not a behemoth).

To learn more about Daniel Park I’ll be pulling from his Lookism Wiki Fandom page starting us off with this:

Daniel Park is the main protagonist of Lookism. He is a student at J High School’s Fashion Department. He can transfer his consciousness between two bodies at will.

Just to be clear, I also want to break down a bit about his appearance so we know what we’re working with here:

Daniel has two bodies. His original body is short and overweight, and his new body is of tall height, thin and handsome.

I also want to go on to talk about his first body’s transformation a bit:

Despite the difference in weight and height, his first body gradually begins to resemble his second. After his fight with Logan Lee and the incident involving the homeless man who broke his glasses, Daniel’s face is more striking, and he’s noticeably taller and slimmer, measuring up slightly taller than Zoe in height. After intense dieting and training with Sophia, he loses over a hundred pounds, so his original body is practically identical to his second body, though it’s a bit shorter. After Gun’s training, Daniel has grown very tall; he looks as if he’s the same height or taller than his second body. Daniel has also put on more muscle mass, making him look more defined, he looks very similar to his second body in the most recent chapter (424). His face looks near identical to the second body as well.

We’re going to be building this routine around this kind of transformation as well.

We’ll be looking to replicate “intense dieting and training with Sophia” in our own way for this one; that allows you guys in The SHJ Army to get out there and transform your own physique.

For this we’re going to be training with strictly bodyweight training (as this style was the most requested among the Daniel Park workout requests) so you guys can really jump in and get your Lookism physique from anywhere, anytime.

On top of that we also need to recognize Park’s fighting prowess, which they break down like this:

Daniel is actually a natural-born fighter despite his lack of confidence and any formal training prior. Regardless of which body he is in, Daniel can memorize any technique down to its textbook mechanics after seeing it once and execute it with the same amount of competency as a skilled expert. In addition to this skill, he possesses incredible foresight in a fight, able to clearly see all attacks his opponents throw at him. Whether or not he is able to dodge the said attacks usually depends on his opponent and Daniel’s current body. Daniels’ ability to copy other people’s techniques is so amazing that it’s like fighting yourself. In the more recent chapters whenever he copies a character his hair or physical appearance turns similar to them.

He trained his body, becoming unrecognizable to most people and making his real body closer to looking like his alternative body.

In his second body they said “Daniel is among the strongest in the entire series”; which means we’ll also be factoring that in and making sure the program is build around effectively moving up the scale with progressive overload to get stronger.

The goals for our Daniel Park Inspired Workout are:

For this we’ll be having a fairly intense routine, and we know Park had one as well, but you can also choose to scale it down by cutting out some movements entirely until you can complete the whole workout; or by cutting the supersets and trisets and doing them as single solo sets (one by one).

That said, you can also choose to start with our Beginner Ninja Workout if you’d like, and then eventually work your way to a scaled version of this one, and ultimately shoot to crush the entire thing!

For this one we’ll be training with a definitive 3 days of intense calisthenics per week, and then I’ll also be throwing in a day devoted entirely to endurance work (fighter endurance, plus burn some extra fat and slim down like Park), and then a final day devoted to a Lookism Circuit Test that you can complete weekly, biweekly or monthly; and sub endurance training on the weeks you don’t utilize it.

Over a Dozen Workouts for Fighters, Ex Special Forces, Boxers, Martial Artists, Bodyguards, Debt Collectors, Geniuses and Everyone In Between! 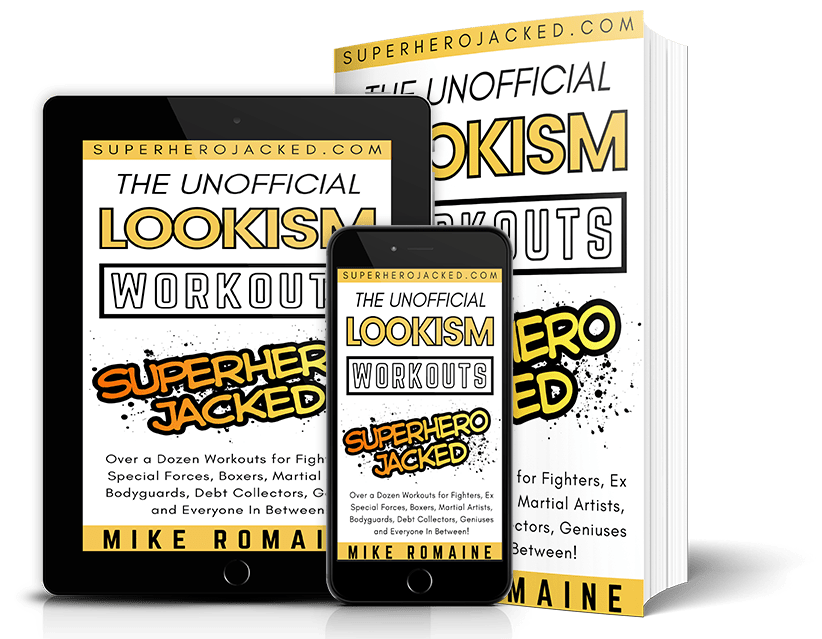