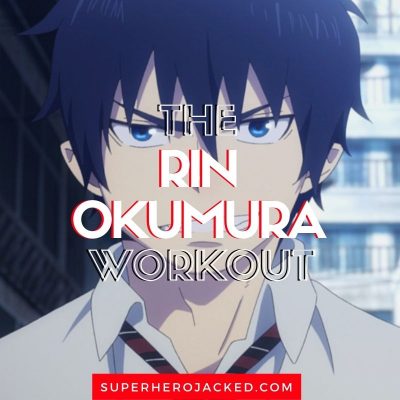 Along with Black Clover I recently started watching Blue Exorcist as well.

So Rin Okumura’s workout will be joining our Asta workout from last week!

Although, I’ll tell you what: prepping to write this one actually spoiled some of the show for me, BUT, also made me much more excited for where it’s headed.

After re-watching My Hero Academia and Dragon Ball Super thanks to Hulu, I decided to open myself up a bit again considering I had taken a bit of a break from new animes after Baki and a few others.

Not to mention I also noted in our Yumeko Jabami workout this week that Netflix shared that over 100 million households have watched at least one anime show this past year.

Which is INCREDIBLE for The SHJ Army, because Netflix will continue to give us more and more characters to draw inspiration from!

Rin, although only 16, is right around the average height we generally see for male anime characters.

that isn’t average among male celebrities or other characters, but more-so anime specifically. 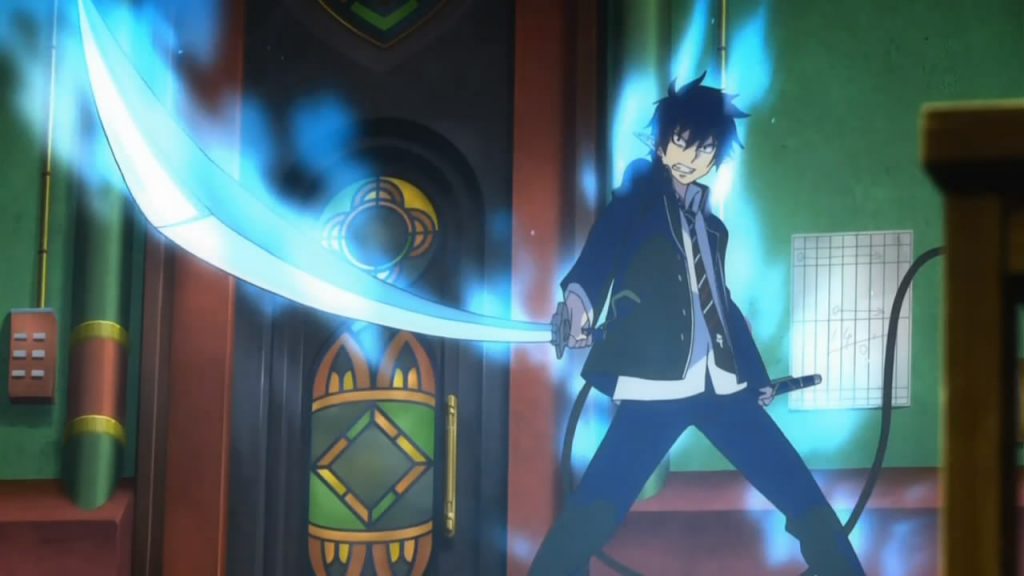 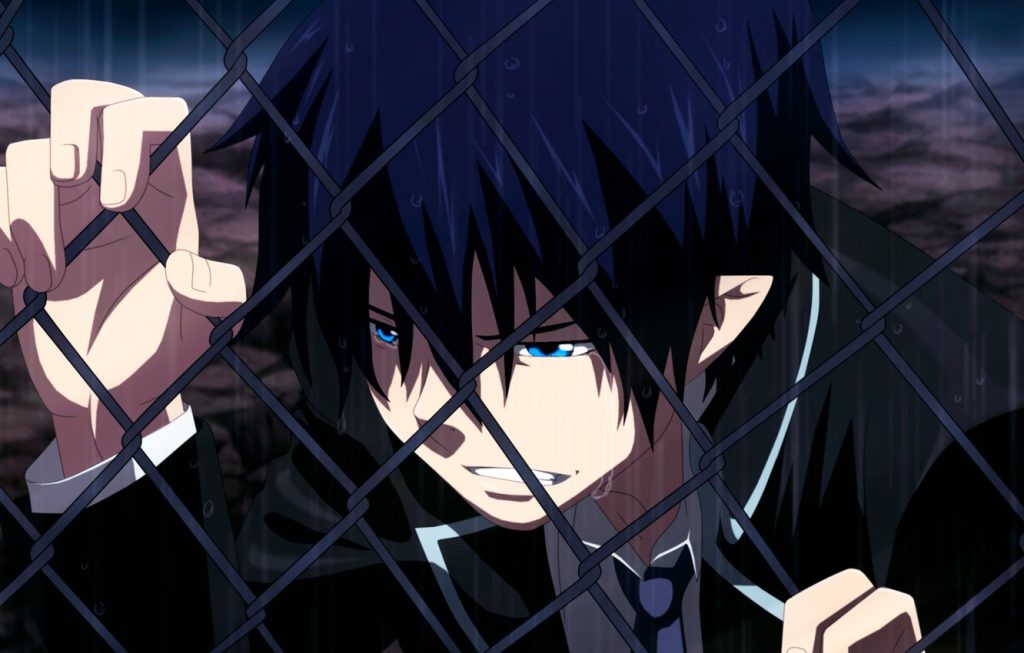 Like a lot of our anime characters, I want to start off with a brief biography before jumping into his powers, abilities and other research.

Here’s what Rin’s Wiki Fandom tells us about him:

Rin Okumura is the son of Satan and the elder, fraternal twin brother of Yukio Okumura. Studying as an Exwire at True Cross Academy, Rin desires to become a Knight Meister and defeat his biological father.

So we have the son of Satan training to become a Knight Meister to attempt to beat his father….the devil!

We’ll be training to not only unlock Rin’s physique and overall aesthetic, but also to duplicate his devotion to his own training as well.

In the shown you see him go to a three day training camp, train with swords, train privately on his roof, secretly every morning, and repeatedly trying to master his flames.

You should expect to see high intensity AND high volume for this one; because Rin will not give up and not hold back on his training.

As for his actual powers and abilities, here’s what his Wiki Fandom tells us:

Rin is a highly capable combatant who, under the right circumstances, has been able to defeat a number of Upper Level Demons, and even one the Eight Demon Kings.

Flames of Satan: Also known as the Blue Flames, he inherited the flames of his biological father, which as suggested are blue. Due to his demon heart being sealed in the demon-slaying blade, Kurikara, his demonic powers were sealed too, however, in an erratic emotional state, small blue flames are released even when the sword was sheathed. Rin later started training to control his blue flames to ensure he isn’t consumed and reverts to his feral state when he draws Kurikara. Despite his improved control, Rin is still prone to his flames leaking out in rage. After Kurikara, which contained his demonic heart broke, his flames were released at full power burning him, before healing and regressed into his feral demon form, but he soon returned to his state of mind.

Knight: Rin is an aspiring Knight Meister, and as such employs a demonic sword as his main weapon, which in his case with his Kurikara. Rin eventually gains enough skill and control with his flames and sword to be able to perform various techniques with his Flames of Satan.

Enhanced Strength: Per his demonic heritage, Rin has incredible strength, giving him the strength to, even as a child, break someone’s ribs with a mere punch.

And that long list is with MASSIVE cuts to abilities that I didn’t find specifically relevant.

For this one we’ll be really zooming in and utilizing the fact that he has enhanced strength and he’s a Knight in training.

Top that with the fact that he takes his own training to new levels and we’re looking to match his strength, training, physique and overall aesthetic!

Get ready for the volume.

For this one 6 days might seem like a ton of training but we’re actually going to be utilizing 3 days of full body weight training mixed with 3 days of a base calisthenics workout paired with cardio and/or mixed martial arts training.

It’s going to be up to you to get in your cardio after your calisthenics workout.

What type of cardio you decide to do is dependent on your own goals with this routine.

I personally like to utilize HIIT, but you can decide to do any style you like for 30-60+ minutes.