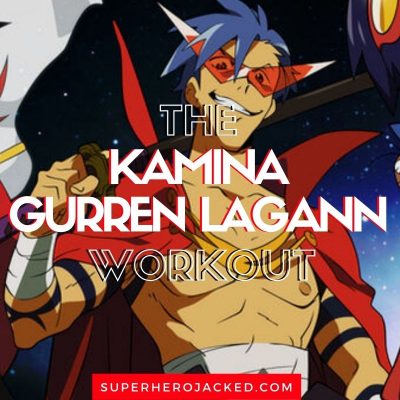 The last few weeks we’ve been bringing in new animes to grow our Anime Workouts Database.

Last week we saw some more Seven Deadly Sins and finished off our Top Ten Naruto Workouts, but prior to that we had our first characters from Blue Exorcist, Black Clover, and Kakegurui.

But now it’s time for some Gurren Lagann!

We’ll go over exactly how we’re building out these routines, specifically Kamina (obviously) for this one, in the research section below, but I think there is definitely some fun to be had even outside of their Mechs.

Maybe even with a sword involved…

And at 163 lbs. he’s super lean and cut; showing off his abs and chest at all times. 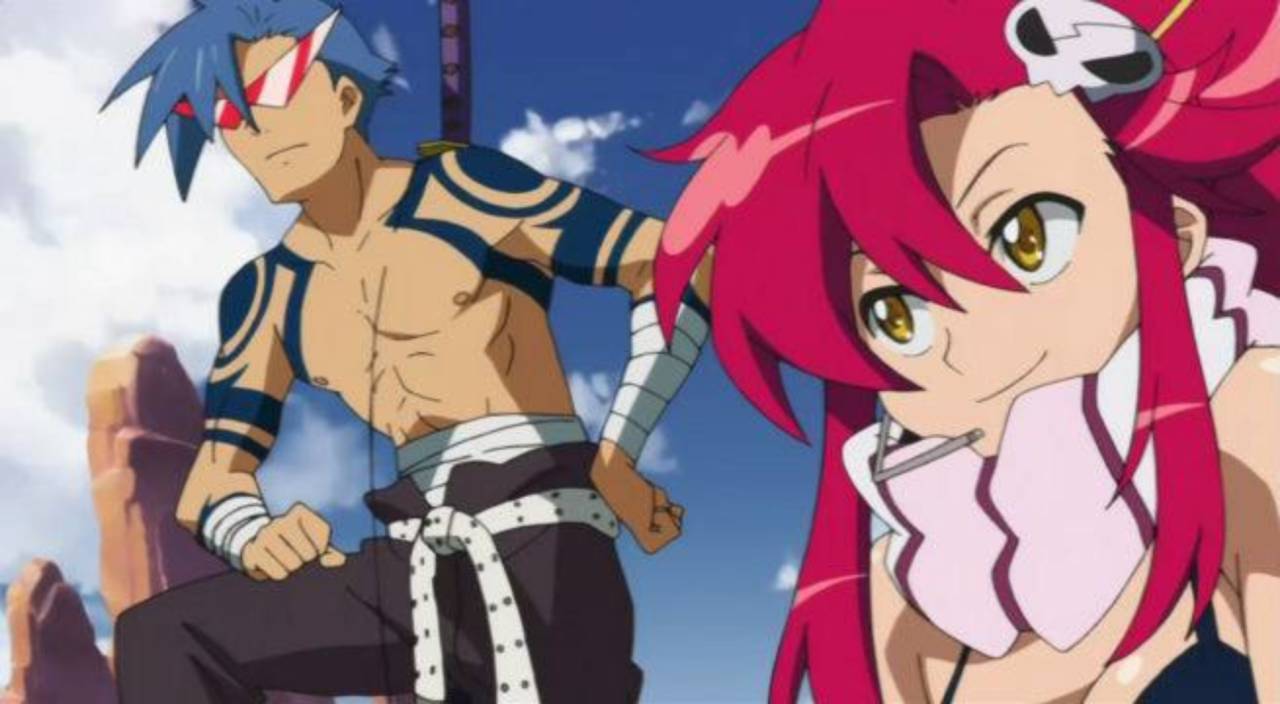 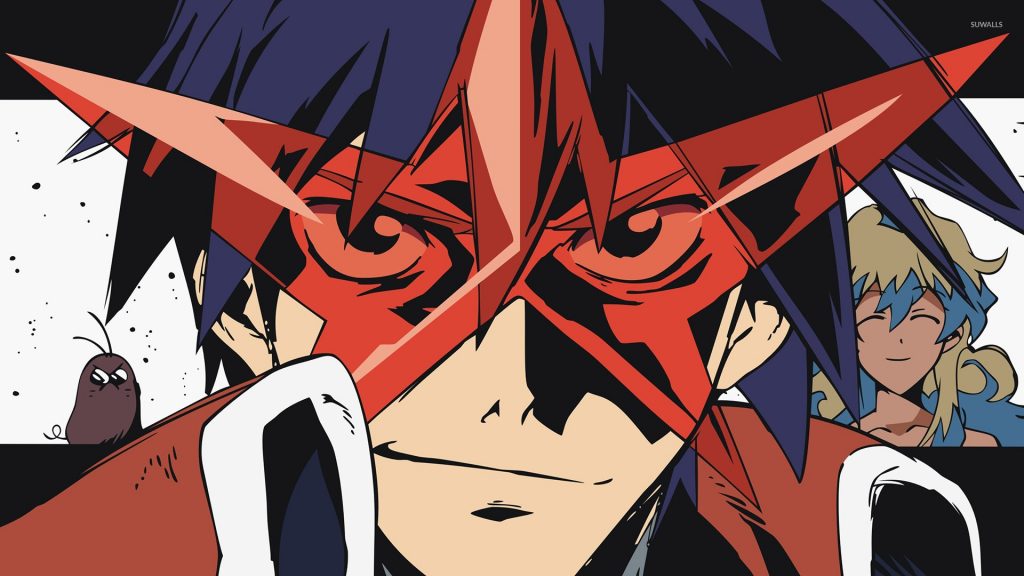 For this one we’ll be mainly working around Kamina’s physique and fighting experience.

Before I give you the description of his character I’ll start us off with a brief bio from his Wiki Fandom:

Kamina was a young man from Jeeha Village, the founder and first leader of Team Gurren and deuteragonist of the first arc of Tengen Toppa Gurren Lagann.

They also give us some good information about his physique appearance:

Kamina is tall and well built, and prides himself on being “manly and tough.” He has short, blue, spiky hair and is frequently seen wearing his trademark red sunglasses that cover his red eyes. His skin is tan, and he has blue-ish tattoos along both of his arms which extend to his shoulders and his upper back. As he holds his sword with him, his symbol of rebellion.

Kamina also has his sword.

Here’s what they tell us about his weaponry:

Kamina originally had a nodachi (his sword), that he had stolen from the Jeeha village chief. In Episode 2, Kamina used a pistol given to him by Gadunka, and in Episode 3, he used her rifle to hunt animals. During his fight with Viral, he used his Nodachi, and a hidden arrow that he had picked up from an animal Viral shot, as well as some assistance from Simon and Gadunka. Kamina’s most valuable weapons were the Gurren and Gurren Lagann. Originally, Kamina couldn’t pilot the Gurren as well as a Beastman, which put him at a disadvantage: Viral could easily beat him one on one until Gurren Lagann was formed. However, thanks to training with Simon, by Episode 8, he had mastered the controls and was an ace pilot.

And, aside from his mech and sword he also has his other abilities.

I cut the majority of the “extra” text but left the information about his expert physical fighting.

Kamina doesn’t have a weight room to train, so we’ll be using calisthenics, cardio, a small amount of weights to act as his sword and gear, and some optional mixed martial arts training to get his physique.

Get ready for some high volume and intensity.

I’m going to program you four days of calisthenics and some light weight work per week and then it’s your decision to do another two days of HIIT, cardio or MMA training to shred the extra fat and get shredded like Kamina.

Monday: Calisthenics and Circuit A

Tuesday: Calisthenics and Circuit B