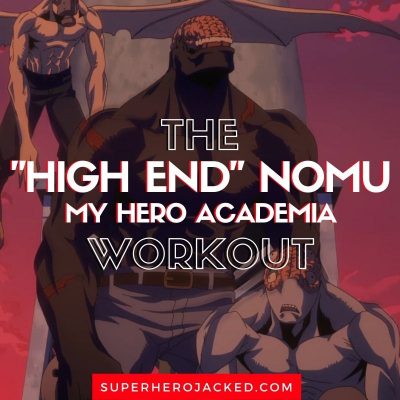 High End Nomu is actually a weird character to draw inspiration from when writing a workout, but a character that is extremely powerful nevertheless.

Our new My Hero Academia Mini Workout Database has been filling up quickly and exploding with awesome characters, but now it’s time for us to add some more villains to the list.

Our Anime Workouts Database will also be improved by this considering we tend to have heroes and the “good guys” requested more-so then we see the bad guys!

And when I say huge, I mean gigantic, considering during it’s fight with Endeavor he [Endeavor] was dwarfed! 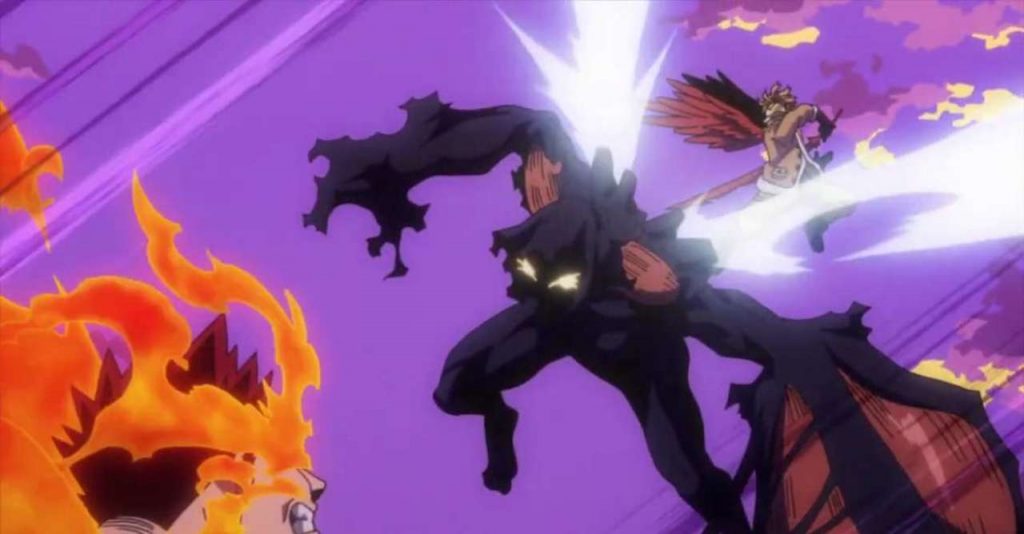 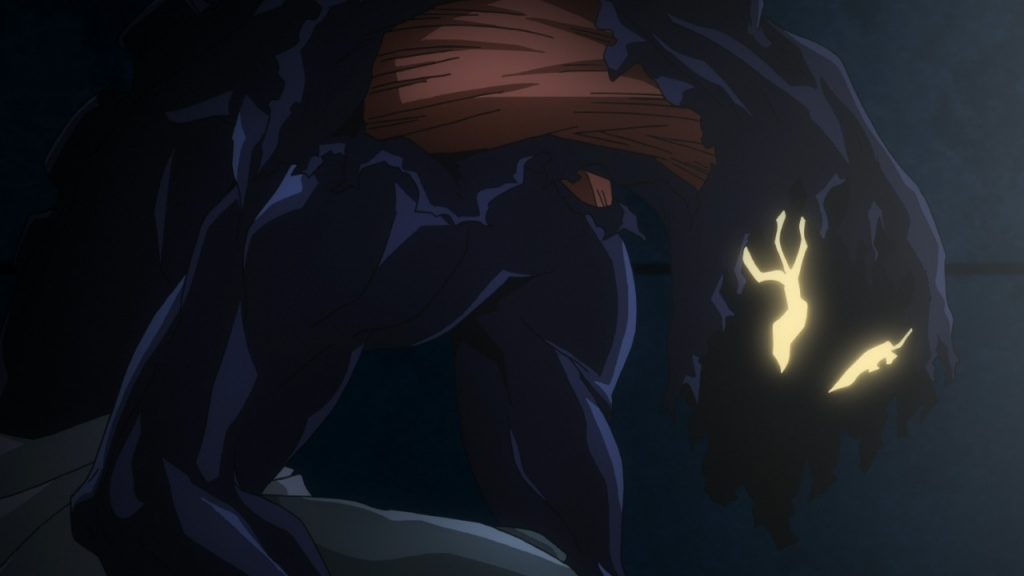 Technically speaking some of these images aren’t actually “Hood” or “High End Nomu”, but rather just Nomu.

The image above is what Hood looks like, which is the Nomu we’re going o be focusing in on for this one.

To start us off we’ll still be pulling from Hood’s Wiki Fandom to give a brief background and bio:

Hood also known simply as High-End was one of twelve of Doctor Garaki’s intelligent High-End Nomu and the primary antagonist of the Pro Hero Arc.

To give you an idea of the differences between Hood and regular Nomu, here’s what their Wiki Fandom has to say about them:

The Nomu, sometimes referred to as Artificial Humans, are deceased individuals whose bodies have been heavily modified by Doctor Kyudai Garaki in order to hold multiple Quirks and reanimated to act as mindless super-soldiers for the League of Villains, and later, the Paranormal Liberation Front.

As for appearance, here’s what Hood’s Wiki states about his:

Hood resembled other Nomu but with a large, muscular build and a comparatively long neck. His head was shrouded in darkness by a hood of skin and the muscles on neck and shoulders were left exposed.

As far as Hood’s powers, his levels are extraordinary.  He was able to take on both Endeavor and Hawks simultaneously (as his Wiki will describe further).

Overall Abilities: The first of the High-End breed of Nomu, Hood was an extraordinarily powerful being that bore the capacity to contend with, and outclass top Pro Heroes and cause mass destruction, singlehandedly. He confronted Endeavor and Hawks, the new respective No. 1 and No. 2 Pro Heroes, and was able to repeatedly evade or recover from Endeavor’s fire attacks and outmatch him in power thanks to his multiple quirks and augmented body.

With their fight being drawn-out, Hood was blasted by a weakened Endeavor’s strongest technique, Prominence Burn, yet Hood underwent another self-decapitation to avoid total annihilation. Hood continued to outpace Endeavor and was only defeated by the joint effort of Endeavor and Hawks.

And on top of all this Hood has SIX different Quirks.

A few were mentioned above, but here’s a full breakdown of them:

As you can tell: Hood’s power was immense.

I’m sure it’s beginning to become pretty clear why I want him for our most powerful list (if it wasn’t already).

For this one you need to be prepared to train HEAVY.  We’re going to be lifting heavy weight and letting the speed come from that.

Get ready to get back to the weight training we’ve been used to around here at SHJ, and a lot of it.

For this one we’re going to be training with four days devoted to weight training and then any extra training coming from various bonus resources I add for parkour, endurance, mixed martial arts and even high intensity interval training.

Friday: Hood Back and Biceps