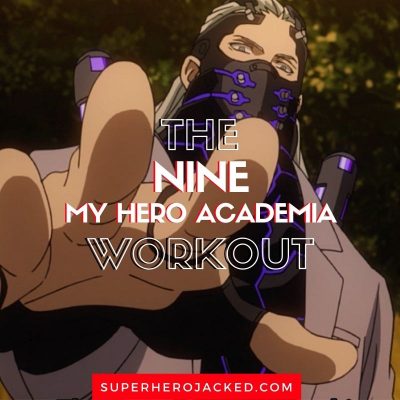 We recently added our My Hero Academia Workouts Mini Database within our Anime Workouts Database.

But that doesn’t mean we’re slowing down on MHA Inspired Workouts anytime soon!

Actually, we’re going to be seeing a handful this week because I’m prepping for another awesome listicle.

I recently wrote about the Top Ranked Pro Heroes in My Hero Academia, but now you’ll notice I’ll be adding a bunch of villains to prep for a powerful showdown!

That being said, he is quite tall when compared to anime male characters; although that’s not too uncommon among villains. 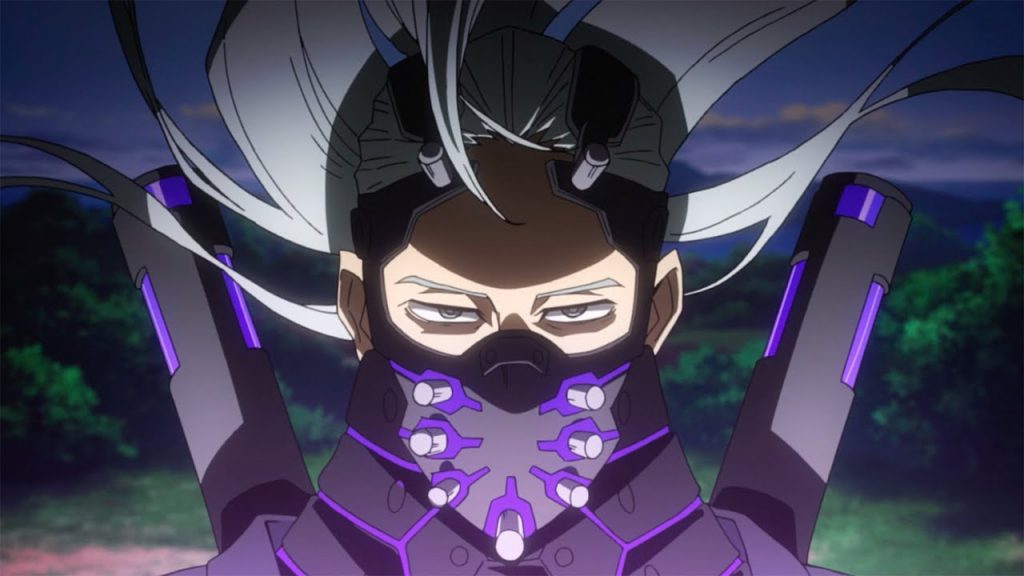 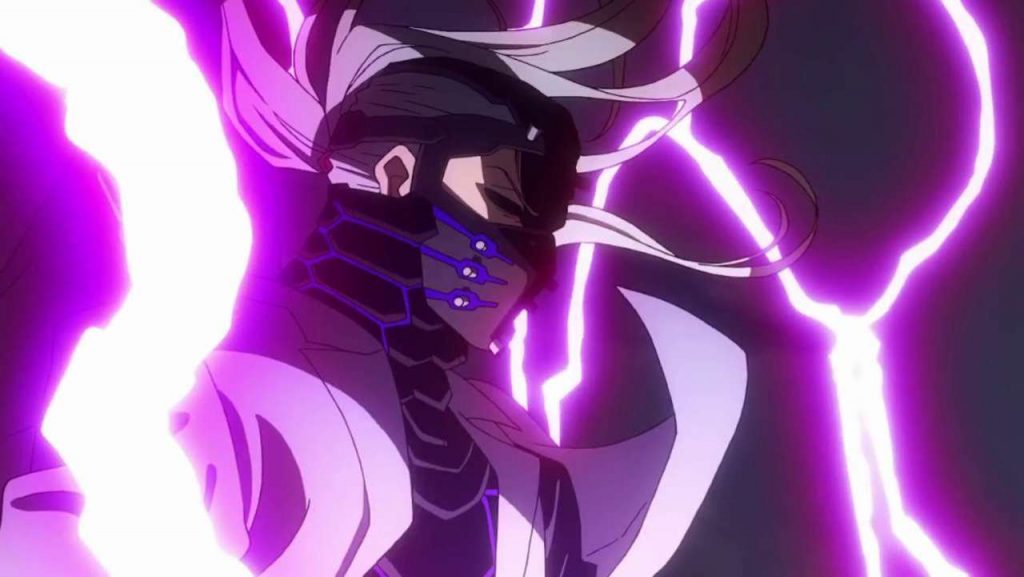 To start us off, before we even get to Nine’s powers and abilities (mainly his Quirk), I want to pull a super brief bio and appearance description from his Wiki Fandom.

Nine was a Villain and the main antagonist of My Hero Academia: Heroes: Rising.

Nine was a man of reasonable height with fair skin and thin, rectangular gray eyes with white pupils. He also had white hair that reaches just past his shoulders, worn swept back away from his face. In the past, Nine wore black shoes, black pants, and a tattered white jacket.

For those of you who don’t know: My Hero Academia: Heroes: Rising is the MHA movie that came out in 2019.

The synopsis Wiki Fandom for the movie describes it as such:

“A must-see story full of passion!! In this movie, Izuku Midoriya, Katsuki Bakugo, Ochaco Uraraka, Shoto Todoroki, and all the other members of Class 1-A will make an appearance!

Even though All Might was admired by many all around the world, it was with a sad heart that he had to give up his hero role as the Symbol of Peace. Because of this, a dark force who was moving behind the scenes, a villain named Nine who can be considered the greatest villain thus far.”

Jumping back to Nine’s powers and abilities, they actually have a ton to tell us.  Here’s how they start off:

Overall Abilities: Nine was an extraordinarily powerful villain, who possessed a great handle on his Weather Manipulation Quirk, which he used to overwhelm his opponents with tornadoes and lightning strikes, and cause widespread destruction. His Quirk however came with a serious drawback: cellular degeneration from repeated use. This toll kept Nine from fighting prolonged battles. In an attempt to cure this detriment, Nine donated his body to the League of Villains and underwent a procedure wherein he was injected with the DNA of All For One, acquiring the same ability to steal Quirks as a result, although his variant limited Nine to taking 8 other powers. The operation made Nine even more dangerous than he already was, and, like All For One himself, having multiple Quirks rendered him an unpredictable combatant that can switch between powers amid battle. Having escaped his containment pod, Nine, with the help of his comrades Chimera, Slice, and Mummy, stole the Quirks of 4 Pro Heroes and Mr. Shimano, ahead of travelling to Nabu Island to gain possession of the Cell Activation Quirk belonging to Katsuma Shimano.

Among his leadership and intellect skills they name, his Wiki Fandom also mentions:

Nine’s second Quirk also allowed him to steal other character’s Quirks, including All For One, Air Wall, Scanning, Bullet Laser, Hydra and more.

But, for the sake of training around HIM as a character we’re going to focus in on his inherent abilities, aesthetic and powers.

His main Quirk is:

Weather Manipulation: Nine’s Quirk allowed him to control the weather; allowing him to summon destructive thunderstorms in an instant and even create a powerful tornado with himself at the epicenter. However, according to Nine, his Quirk was too powerful for him to wield and it resulted in the destruction of his body’s cellular tissue.

Now this doesn’t actually help us out too much in terms of training, but it’s important to note that Nine is extremely powerful in controlling his Quirk and in general, so we’re going to be keeping that in mind with our own training.

For this one we’re going to be mainly focusing in on the fact that he needs to still fight around his abilities, utilizing his enhanced reflexes, and clearly trains around them to become more powerful, judging by his overall aesthetic.

Be prepared to train mainly utilizing calisthenics to focus in on aesthetic and body control for enhancing our reflexes while building strength; but also for a high volume routine to account for Nine’s overall power level.

We’re going to be training with calisthenics/bodyweight training, which will give us three days of training and then another two days which will revolve around endurance work and a mix of endurance and high intensity work to really round out our villainous hero-training.  I’ll also be adding in our resources for mixed martial arts, and parkour to give you some other options to train with as well if you’d like to tack on some extra.

A. Narrow to Wide Jump Squats

For your endurance work you’re going to be running based on your fitness level like we normally program for running in our character workouts.

I’ll also be providing you some resources that’ll help you work your way up if needed.