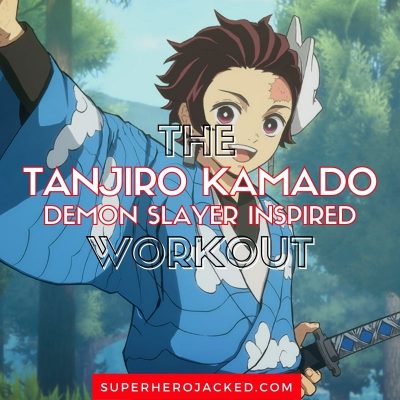 This is definitely not the first time we’re seeing Tanjiro Kamado here at SHJ.

Actually, our Demon Slayer Inspired Workouts are BOOMING here at SHJ and are one of the most popular anime categories within our larger Anime Workouts Database.

That being said: I thought it was time for an update for our favorite character.

We’ve seen our Tanjiro Kamado Cosplay Inspired Workout and also recently got our Tanjiro Kamado Jump Rope Inspired Circuit Workout, but now it’s time to take a jump back and give him an original full week or training based on his overall power level and aesthetics like we do for the majority of our characters.

It’s only fair considering you guys consider him a MUST within our Demon Slayer Workout Placement Quiz!

Tanjiro is actually quite short, although not THAT short in comparison to many of the male anime characters we’ve been seeing here at SHJ.

And, to be fair, I’m allowed to call him short being that I’m right around the same height as him myself. 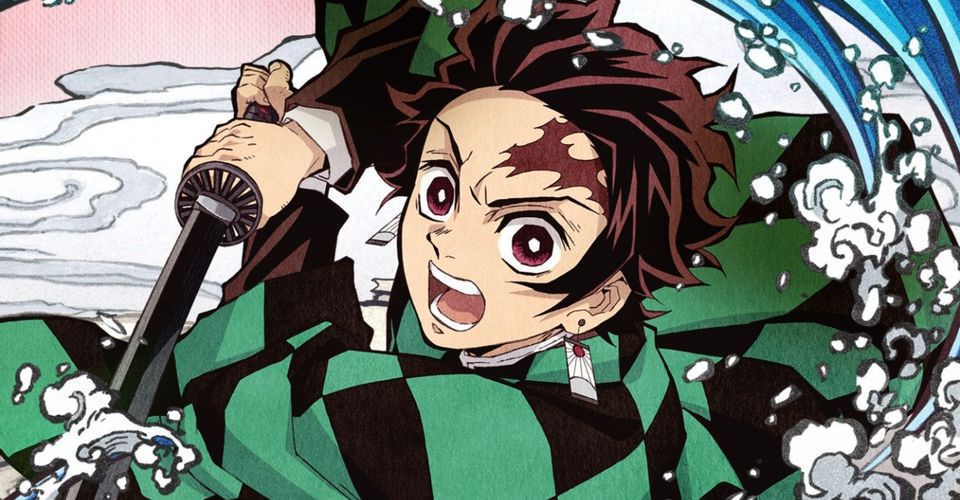 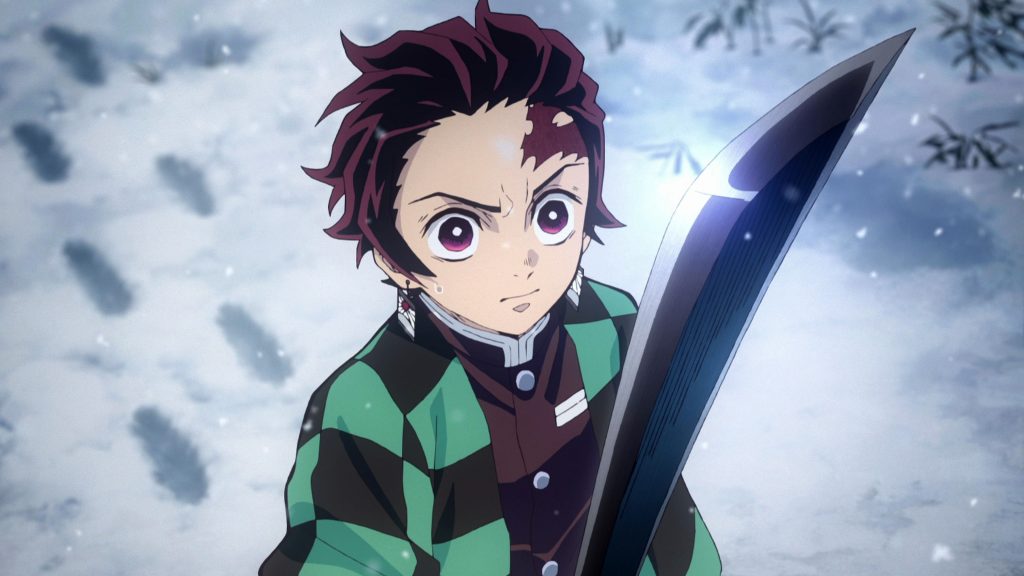 Even though we have already seen Tanjiro here at SHJ a few times we’re still going to get started by pulling our initial research right from his Wiki Fandom page to break down who we’re working with and more about his overall powers and abilities.

They start us off with his initial bio section that goes like this:

Tanjiro Kamado is the main protagonist of Demon Slayer: Kimetsu no Yaiba. He is a Demon Slayer in the Demon Slayer Corps, who joined to find a remedy to turn his sister, Nezuko Kamado, back into a human.

Before he became a Demon Slayer, his family was slaughtered by the Demon King, Muzan Kibutsuji, while his younger sister, Nezuko, was turned into a Demon.

Moving into his overall powers and abilities we get into a section with a TON of information.

Here’s how they lead into his abilities:

Overall Abilities: From the start, although not a part of the Demon Slayer Corps, Tanjiro was able to catch Giyu Tomioka, the Water Hashira off guard. After starting his training in the Water Breathing, he has become strong enough to take on multiple demons including a former Lower Rank 6, Kyogai. After recalling the Hinokami Kagura, he learned from his father as a child, he would’ve defeated Rui, Lower Rank 5, if Rui hadn’t cut off his own head prior. After awakening his Demon Slayer Mark and training even further, Tanjiro has proven to be able to hold his own against even the Upper Rank like Akaza, with Giyu even comparing his strength to that of a Hashira. After getting poisoned by Muzan and having a mysterious vision of his ancestors, Tanjiro was able to fight against Muzan by himself, who had just single-handedly defeated all five remaining Hashira along with Zenitsu and Inosuke. Muzan expressed feelings of unease towards Tanjiro due to the similarities between him and Yoriichi.

That is some EXTREME power.

From there they go on to break down his physical abilities like we saw done for Yoriichi:

Enhanced Strength: After his training at Sagiri Mountain, Tanjiro has gained enhanced strength and speed and has demonstrated a great use of it, as seen when he jumped twice his height over the Hand Demon, who killed Sakonji’s disciples, during Final Selection. His forehead is noted to be unusually sturdy as well since he’s able with it to injure Sanemi Shinazugawa, the Wind Hashira and even momentarily stun Gyutaro, Upper Rank 6.

Immense Speed & Reflexes: Tanjiro can keep up with Akaza, Upper Rank 3 and an incredibly fast Demon, who can move faster than the eye can see, during their second encounter. After awakening his Demon Slayer Mark, Tanjiro’s speed increases even further to the point that even Akaza couldn’t react in time and process his movements. After awakening his Demon Slayer Mark, Tanjiro gains extremely sharp reflexes, dodging and reacting to attacks from both Akaza and the Demon King, Muzan Kibutsuji. This has also been displayed when he got extremely incensed, when he becomes capable of easily dodging and countering Daki’s attacks while she is in her weaker form, without Daki being able to injure him at all.

Immense Stamina & Endurance: Tanjiro has amazing stamina and endurance. In the Sunrise Countdown Arc, he lasted one of the longest, almost an hour exerting himself to the physical and mental limit, while still being able to tolerate and suppress all the damage and injuries he sustained from Muzan Kibutsuji’s blood attacks and his powerful physical blows.

From there they also go on to talk about his genius level intellect, enhanced senses, Demon Slayer Mark and a bunch more that makes him one of the strongest Demon Slayer characters.

We may not be training to become Yoriichi, but Tanjiro is on his way to that level.

That’s another reason I specifically paired the two in the same week – so that we can work in unison on the training procedures but make ample swaps between the two for the individual characteristics of each.

Think you’re going to be able to handle the volume that we trained when looking to become the most powerful Demon Slayer character of all time!?

A. Cable Tricep Pushdowns with Rope

B. Bent Over Rows