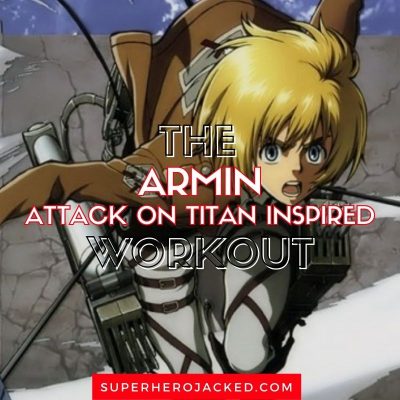 I said it on our new Annie Leonhart Inspired Workout, but I’m saying it again: we’re ready for an Attack on Titan spree.

We’re still currently in our Demon Slayer spree, and we still see a ton of other anime on a weekly basis from our Anime Workouts Database – but it’s time to build up the AOT spot!

Of course we’ve already seen some of our fan-favorites like Eren, Levi and Mikasa – and knowing we’re going to be stepping it up a notch I even made us our Attack On Titan Inspired Workouts Database.

And I already can’t wait to get up some awesome lists naming the most powerful and popular characters from the series as well.

Armin is actually extremely light, and fairly short compared to most characters.

Although among male anime characters we have seen a good handful around his height range. 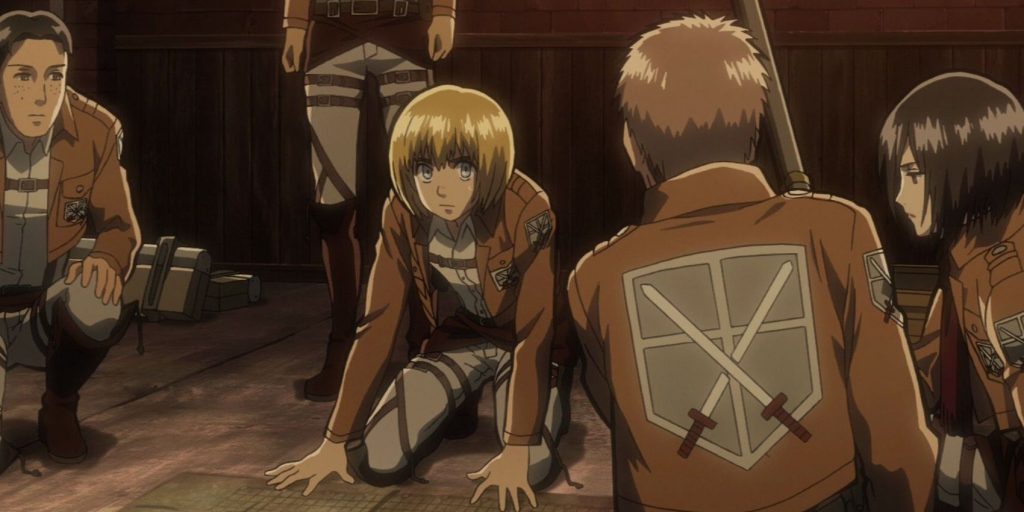 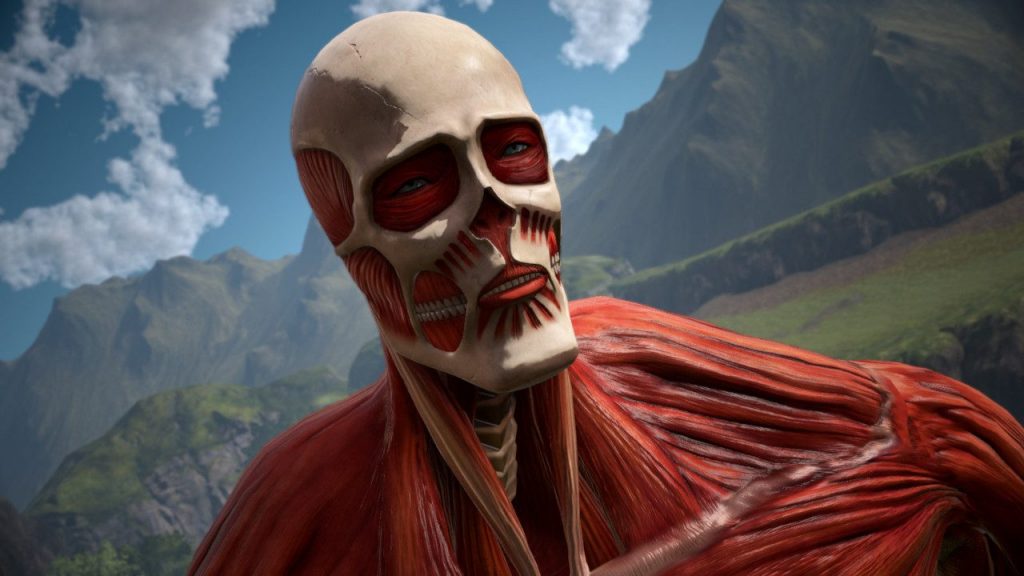 While it’s important to note that we’ll mainly be focusing on Armin’s training for the Survey Corps, we do want to still pull a bunch of information about his overall character from his Wiki Fandom to get us started on this one.

Armin Arlert is the 15th and current commander of the Survey Corps, named so by Hange Zoë before their death. He is also a childhood friend of Eren Yeager and Mikasa Ackerman, and one of the two deuteragonists of the series. Although he appears to be among the physically weakest of the 104th Training Corps, his intelligence and strategic genius makes him an invaluable asset, especially when paired with Hange. After the battle of Shiganshina District, he took the power of the Titans from Bertolt Hoover and came in possession of the Colossus Titan.

Another thing we need to take into account is that Armin’s biggest strength is his intelligence that is mentioned above.

They even go on to mention it as his main talking point within his powers and abilities section, like this:

Being physically weak, Armin is rarely assigned to the front lines and rarely uses his vertical equipment for direct combat. Instead, his greatest strength lies in his intelligence – innate abilities of deduction and strategy formulation, be it in a war room or on the fly. But Armin has a keen eye for detail, making him a remarkable field tactician, a trait that distinguishes him among his fellow trainees. His strategies help save his fellow soldiers numerous times and, more remarkably, he played a key role in deducing the identities of all the hostile Titan spies among the 104th Training. Initially, Armin’s intelligence was hampered by a severe lack of confidence, but after acknowledging and nurturing this side of himself, Armin’s potential as a tactician began to show, and even high-ranking officers took his strategic opinions seriously.

Armin also has the power of being a titan, but as I mentioned before we’re going to mainly be focusing on his base physical attributes which means this one will be focused on Survey Corps training with calisthenics and circuit style training.

For this we’ll be utilizing training similar to our Assassin Calisthenics 90 Day System which has literally helped train new U.S. Marines – but we’ll be scaling it back and making it more beginner focused to adhere to Armin’s training level.

That being said, I do still think we should at least get some background information on Armin’s Titan Form just to round out our research on his overall character development.

Armin gained the power of the Titans, specifically the Colossus Titan, after being injected with the Titan serum by Levi and then consuming Bertolt shortly afterwards. Like any other inheritor of the power, this grants him the ability to recover from most lethal injuries (unless his weak spot in the neck is damaged without transferring his mind to the rest of his nervous system) and to freely transform between Titan and human forms while retaining his intelligence.

Alright, though, let’s get into some beginner calisthenics styled training.

This one is going to be beginner oriented. So while we’re still sticking to calisthenics training and wanting to train around Survey Corps style training, we’re going to be doing it in a way that is friendly to beginners.