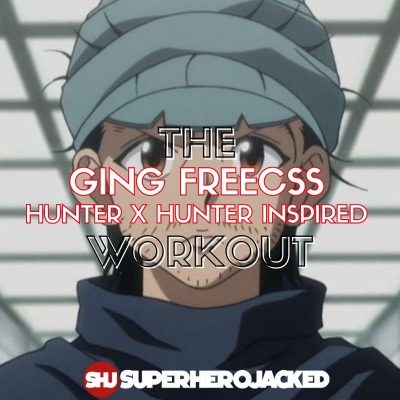 It’s about time we had Ging join Gon inside our Hunter X Hunter Inspired Workouts Database.

We’ve already had our Unofficial Hunter X Hunter Workout Booklet hit SHJ, but we still have a good handful of characters you guys want to see that will continue to flood in and make our Anime Workouts Database even better.

Plus, you guys made it clear you want to see Ging Freecss as one of the answers you can get within our Hunter X Hunter Workout Placement Quiz.

Ging would technically be average height when compared to younger male anime characters, but as one of the older he is technically a bit below average.

Although that sure has no effect on his overall power level! 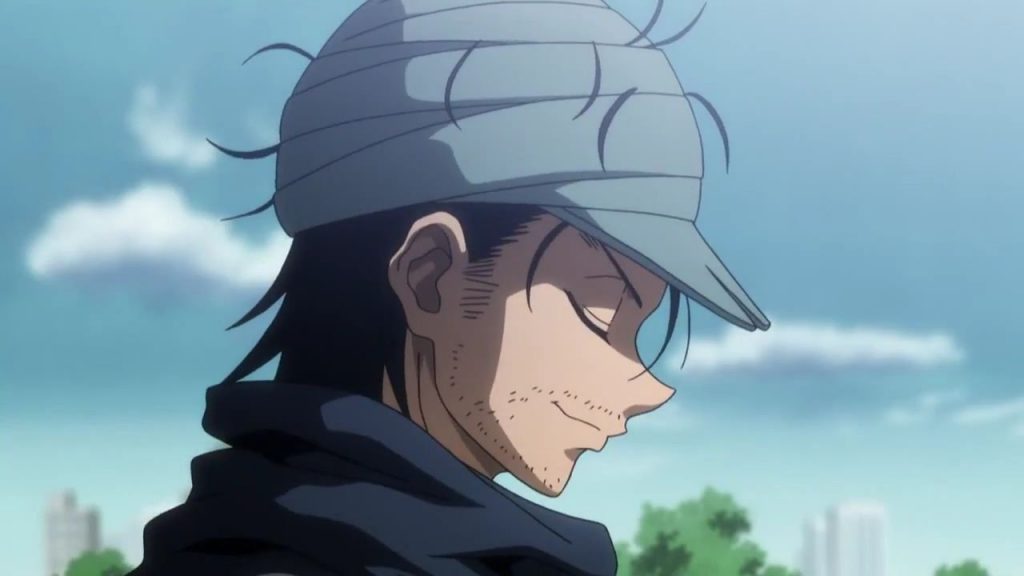 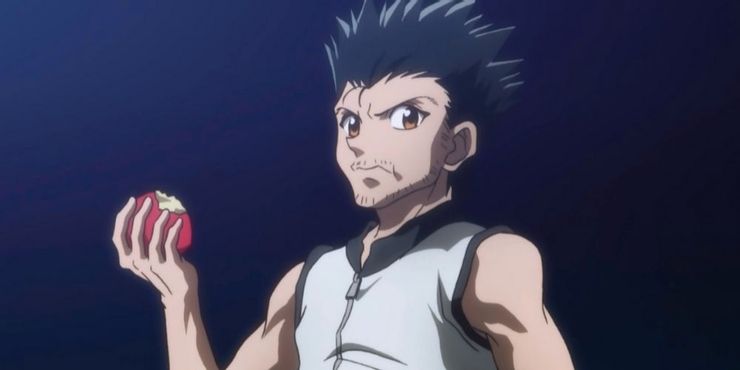 To learn a bit more about Ging Freecss we’re going to be pulling right from his Wiki Fandom page, starting with his bio section, which they write:

Ging Freecss is the father of Gon Freecss. He is a Double-Star Ruins Hunter (though he can apply for a Triple-Star License), and a former Zodiac with the codename “Boar“.  Finding Ging was Gon’s motivation for becoming a Hunter.

And when we move into his powers and abilities section they start us off with a MONSTROUS section of information regarding his overall abilities.

During his time as a Zodiac, Ging’s authority in the Hunter Association was inferior only to those of the Chairman and the Vice-Chairman. Even after quitting the group, he still has access to all the benefits granted by his status as a Hunter; as a matter of fact, due to no information on Ging being available on the net, Kurapika assumed that he must have the power and wealth of a president. With Beyond Netero behind bars, he is also the de facto leader of the Dark Continent Expedition Team. His abilities are yet to be fully revealed, but being part of the Zodiacs, a Double-Star Hunter who can qualify for a Triple-Star License, having managed to beat and capture Razor, Ging is bound to be extremely proficient in Nen. Former Chairman Netero supported this theory by calling him one of the five best Nen users in the world, and Hisoka is extremely interested in him. A direct example of his strength is given when he fought most of the Hunter Association without so much as getting a scratch on his person (although it should be noted it was a comical scene and no one was trying to cause serious injuries). He also repeatedly threatened Pariston, a fellow former Zodiac, showing many times he has extreme confidence in his own skills. Aside from being famous for his power, Ging is known for the number of difficult missions he has completed for the Hunter Association as well as for his ability to disappear without leaving a trace, to the point that not even the Zodiacs can find him. He also seems to know how to use the mysterious runes that are affected by Nen, leaving Gon a box that could be opened only with his aura. Together with ten other individuals, he was able to create Greed Island, a Nen-powered game encompassing a whole island.

It’s no wonder we ranked Ging among The Most Powerful Hunter X Hunter Characters of All Time.

Along with his genius-level intellect, adaptability and insane levels of Nen, his Wiki Fandom also gives us a great description of his immense speed:

Immense Speed: Ging grabbed by the waist, lifted up, and faked a punch at Usamen, who was approaching him with hostile intentions before the other could react. The speed of his movement and the power behind it were such that Usamen actually believed, for a moment, that he had been struck several times. A few days earlier, when Gon climbed up the World Tree, Ging commented on the time that took Gon to reach the top of the tree past the 500 meters point, and said that he got tired of waiting for him, thus showing that Ging is on a completely different level of speed, although it should be noted that this was Gon’s first attempt to climb the World Tree and Ging told him it was “not bad for [Gon’s] first time”. Furthermore, he avoided a spray of gunfire fired at close range by three Nen users while casually conversing with Pariston.

Which means we’ll DEFINITELY be training to replicate this speed.

And just to wrap us his character with a bit more about his power, here’s just a snippet of the information they give about his Nen:

Ging’s standing within the Hunter Association and Netero’s praise speak for his mastery over Nen. The first example of this is given when he is seen playing Pip-Play, a game in which one moves around their aura to do tricks; a self-proclaimed master of Pip-Play was left flabbergasted by Ging’s capacities, as he created multiple bubbles of aura, altering their shapes, sizes, direction, and individual speed. As Ging himself admitted, however, this game has nothing to do with one’s actual abilities, being no different than spinning a pen on one’s fingers. Since creating shapes with one’s aura is considered a Transmutation ability, Ging might be very skilled in this field. Although it is still unknown which Nen category he falls into, he showed extreme prowess in Emission and Manipulation when he put his aura in a tape with the order that it self-deletes after playing. The command activated perfectly ten years afterward, and the aura was strong enough to block Killua’s punch, indicating he has considerable skills in Enhancement as well.

We are training to become an extremely powerful character.

We have our work cut out for us, and we need to build this one out to be strong, insanely fast, and also lean and toned.

For that reason I’m going to be mixing a couple of our 90 Day Systems together, specifically our Superhuman System and Assassin Calisthenics System, which has even been used to train new U.S. Marines.

This will allow us to scale up to some intense training while also having a nice mixture of weight training, calisthenics and endurance work.

To train like one of the most powerful Hunter X Hunter characters of all time we’re going to be utilizing 3 days of full body, core and intensity training and then 2 days devoted to HIIT and endurance work – one of which I will be putting you to the test with a long circuit.

B. Hanging Side Crunches

B. Barbell Bent Over Rows

B. Weighted Dips (or Machine Dips)