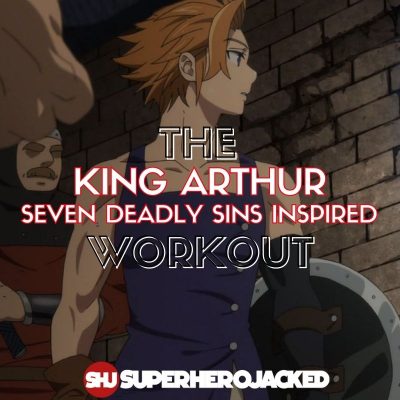 This week we’re coming back in for more Seven Deadly Sins Inspired Workouts.

We have seen some of the big heavy hitters from SDS, but there are still a TON of characters that need to make their way into our Anime Workouts Database.

And King Arthur is one of them.

He’s lean and mean (not literally) and going to be a ton of fun to build out what will be another calisthenics based workouts within our Calisthenics Workout Database.

Which will also be a great addition to our Seven Deadly Sins Workout Placement Quiz as well!

King Arthur is fairly short and light, especially compared to some other SDS characters we’ve seen like Escanor and Mael!

That being said, he doesn’t necessarily fall into the shortest range among male anime characters – as they tend to be on the shorter side than we’re used to. 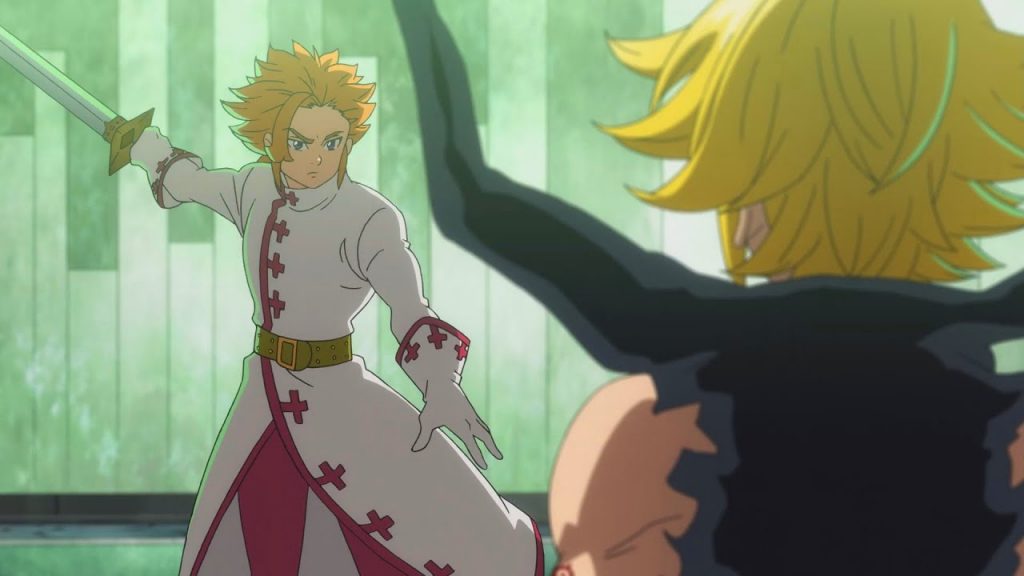 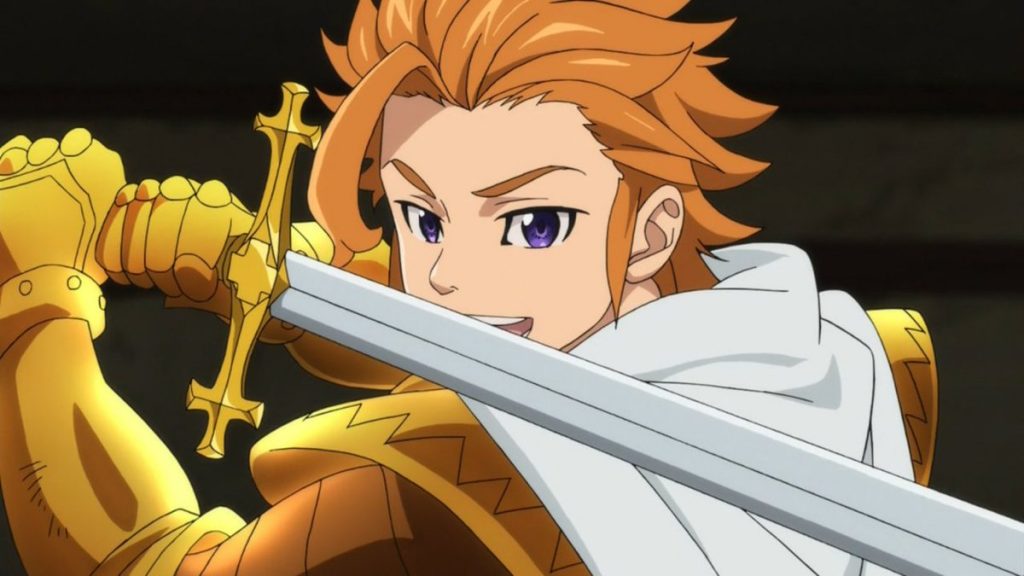 Jumping right into our research we’re going to be pulling right from King Arthur’s Wiki Fandom page, which leads us off with a very brief bio:

Arthur Pendragon is the current king and ruler of Camelot and holder of the legendary sword, Excalibur.

Thankfully they go into much more detail when we move into his powers and abilities section.

Here they begin to tell us about his unique abilities, but also how they relate to his sword:

Arthur in the past carried a golden sword and was geared with golden metal armor. Arthur appears to be a very capable combatant as he easily blocked Hendrickson’s surprise attack and simultaneously dealt a counter strike, dealing a blow on the Great Holy Knight. Arthur’s swordsmanship skill is far above that of an ordinary human, as Arthur was able to fight evenly with Hendrickson and had great speed. But Hendrickson knew that Arthur was holding back for reasons unknown.

Arthur appeared to already have a high degree of strength in his youth as shown by being able to pull the sword Excalibur from its stone with ease. While Arthur himself does not know the limits of his own power, it is said that holding and using the legendary sword Excalibur allows him to access its full potential.

From there they go on to tell much more about his connection, which won’t necessarily help us build out the routine more than from what we’ve already learned, but is great to know about Arthur:

When wielding Excalibur, Arthur is empowered by the souls of all the master swordsmen who previously wielded the holy sword, and as a result he possesses full knowledge of different swordsmanship styles from the previous wielders of Excalibur and can use them with masterful ease. Arthur also gains a massive increase in speed and strength when wielding Excalibur, as shown when he was capable of fighting against Meliodas in his Assault Mode, Zeldris, Cusack and Chandler, even although none of them were using their full powers.

He seems to carry a type of immunity or resistance to Commandments as Zeldris was curious why his Piety did not effect Arthur. He has also been noted by Orlondi to lack a presence which explains his skill in sneaking up on demons and dispatching them without ever being caught.

After being awakened as the “King of Chaos”, Arthur obtains the power of Chaos, who chose to coexist within him. Unconsciously, Arthur was capable of altering reality yet didn’t possess any conscious control over it at first unlike Cath, who showed immediate proficiency with the power after taking a fragment from Arthur’s arm. But after overcoming Cath’s illusion in their second fight, he was consciously able to manifest a mouth-like vortex to absorb Cath upon realizing how to defeat him and declared himself the King of Chaos, accepting his new power.

We’ve also ranked some of our Seven Deadly Sins characters power levels based on magic, strength and spirit – and now we’re going to do that for King Arthur as well considering it will give us a great direction for our programming.

While King Arthur is extremely powerful and with that comes great speed and strength with his incredible swordsmanship – a lot of his overwhelming and overall power level comes from magic (specifically with Excalibur).

For that reason I think it works perfectly for us to use bodyweight and calisthenics training.

We’ll be pulling tactics we’ve utilized within our Assassin Calisthenics 90 Day System, which has even been used to help train new U.S. Marines – while also keeping the Arthur Pendragon flair.

And he’s definitely not the first swordsman to hit SHJ – so I think we’re ready for this!

Zenitsu isn’t as strong as some of the other characters we’ve seen recently so instead of forcing a 3-5 day split we’ll be working around a 4 days split of a mix of calisthenics, cardio, core and some mini-circuits.