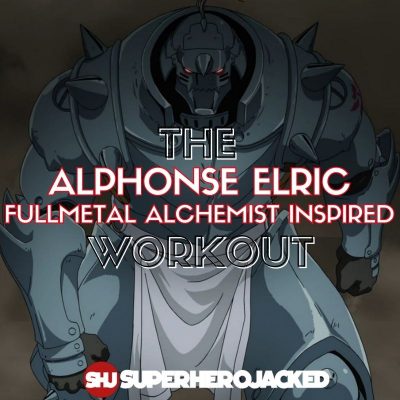 I’m excited to finally be bringing back some more Fullmetal Alchemist Inspired Workouts to the Anime Workouts Database.

There was a period there where we kind of fell off and didn’t have many requests coming in for them, but now we’re back and have a few that I want to prioritize: starting with Alphonse Elric.

We don’t quite have enough to make a Workout Placement Quiz and have Alphonse added to it, but you better be sure when we do he’ll be on there waiting for you guys!

It’s fan-estimated that Alphonse Elric is about an inch or so taller than Edward Elric, but there’s no official stats to actually confirm this.

And obviously he’s much taller AND heavier in his large suit of armor. 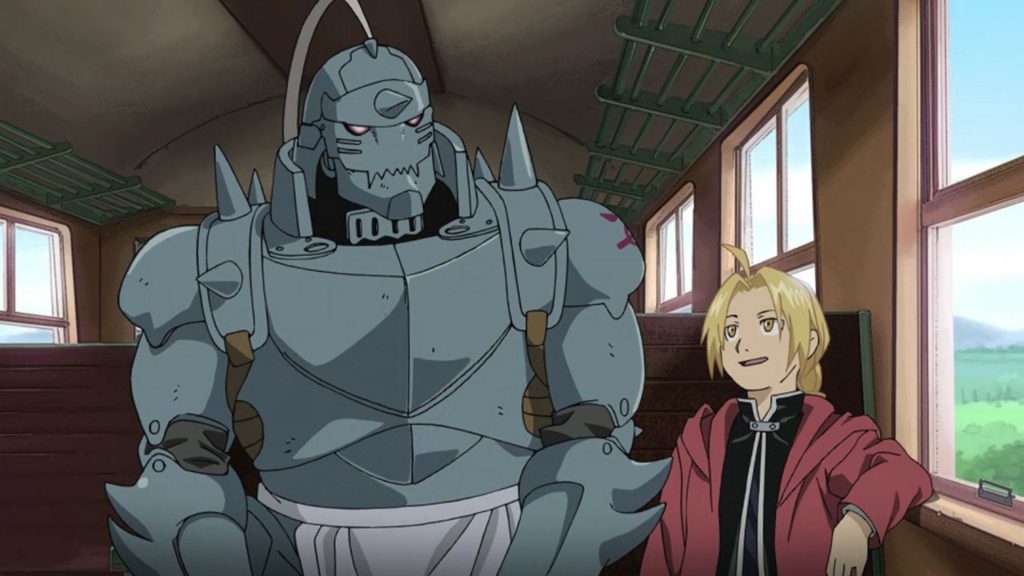 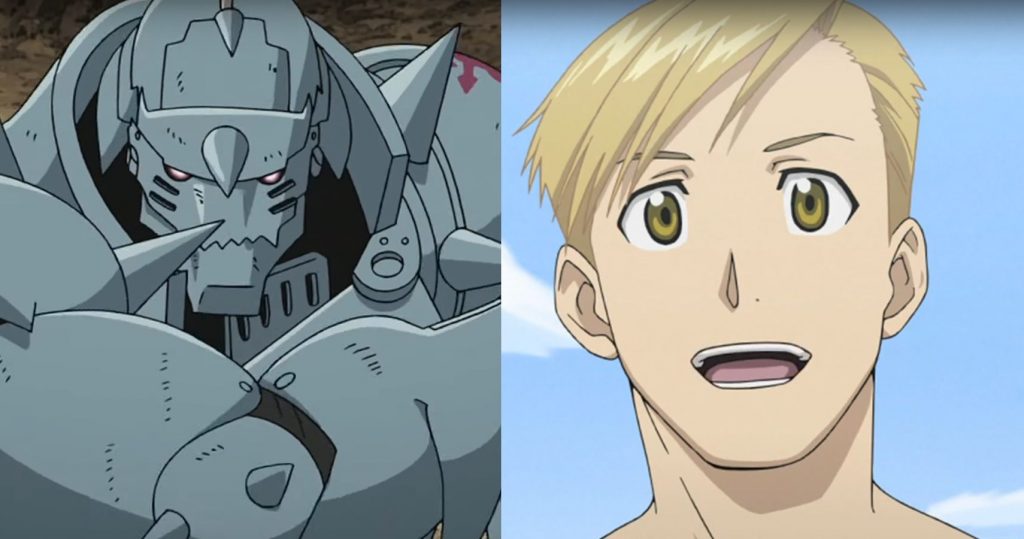 To start us off we’re going to be pulling right from Alphonse Elric’s Wiki Fandom page, leading with the bio they share stating:

Alphonse Elric, also known as Al, is the deuteragonist of the Fullmetal Alchemist series. He is the younger brother of the Fullmetal Alchemist Edward Elric. Al is also a victim of the failed Human Transmutation experiment in which Ed lost his right arm and left leg. Having had his entire physical being taken away from him in the aftermath of the tragedy, Alphonse exists solely as a soul alchemically bound to a large suit of steel armor. Now, Al travels with his brother in search of a legendary Philosopher’s Stone, an item with the power to restore their bodies to normal.

On top of that we’re going to want to learn a bit more about what landed him among some of the most powerful Fullmetal Alchemist characters.

Jumping down into his abilities section here’s what we learn:

Having apprenticed under the master alchemist Izumi Curtis, Alphonse has been trained to condition his body through regular workouts and sparring as part of her philosophy, “to train the spirit, first train the body.” As such, Al has become a particularly competent hand-to-hand fighter, able to hold his own against armed opponents and even skilled martial arts practitioners. In fact, Edward had stated that Alphonse is an even more skilled combatant than himself and notes that he has never beaten him in a fight, even since before Izumi’s training. Additionally, his armor body has several combat advantages including – strengthened offense and defense, imperviability to bullets, inexhaustible stamina, invulnerability against extreme temperatures and an exemption from needing to breathe, eat or sleep. Unfortunately, these are all tempered by the fact that he cannot take any actions that might cause the Blood Seal inside his armor to be damaged so as to prevent his soul from becoming detached.

Izumi Curtis is a character we’re definitely familiar with here at SHJ.

We’ve seen here for our Izumi Curtis Inspired Workout, and also added onto our list of The Top Anime Mentors of All Time!

Right there we can immediately tell we are going to have some great things to work around when we build this routine out.

Continuing on, they also tell us:

Like his brother, Alphonse also wields a genius-level intellect and prodigious proficiency in the studies of biology, chemistry, and alchemy. While Edward is apparently the greater mind of the two, Alphonse does not trail far behind and has been able to match wits with his brother since the days they learned alchemy together as children. Alphonse, skilled with words, is capable of solving complex alchemical puzzles and mysteries and has displayed an encyclopedic knowledge of his craft, but seems to lack Edward’s amazing sense of focus, instead developing the social skills in which his older brother is so sorely deficient.

If you guys didn’t notice: the genius-level intellect thing is something we see extremely often – both among our favorite heroes AND villains.

They also have a big section devoted to Alphonse’s alchemy, but I’ll just touch on it a bit and then go into some more training details:

Alphonse is a particularly competent alchemist who transmutes quickly, cleanly and with remarkable attention to detail in the style of his master, Izumi. In combat, he uses alchemy to augment his offensive and defensive capabilities, crafting weapons for melee strikes and altering his surroundings to gain the advantage in the same way as his brother – transmuting columns, battering rams, and traps for his enemies, albeit without the gaudy touches that Edward usually gives his works. While in general, his alchemy is more conventional than that of Edward (who often uses it in unusual forms to outsmart his opponents), he has displayed greater creativity when the situation called for it. For instance, when equipped with a Philosopher’s Stone, he was able to use his alchemy in unexpected ways, like transmuting flash bangs, flexible swords, and conical earth-prisons to surprise his opponents.

Alphonse Elric trained regularly and also sparred a ton and worked on his hand to hand combat – but his armor also strengthens both his offense and defense, along with making him immune to bullets, have insane amounts of stamina, and other invulnerabilities.

For that reason I’ll be keeping this as a weight training routine with calisthenics mixed in as well to hit both sides and keep it functioning around the armored bodied Alphonse we know for most of the series.

For that I’ll be using The Superhuman 90 Day System tactics, and as you know: some of our 90 Day Systems have even been used to help train new U.S. Marines, so we won’t be messing around.

I’ll also be making a handful of swaps to keep the Alphonse Elric flair we need to make this one unique to his character, and I’ll even add some MMA resources for you to step it up a notch if you’d like.

For this one we’re going to be using 3 days a week with weights and calisthenics and then also work in a day devoted to a circuit training test and another devoted to Elrics immense stamina.