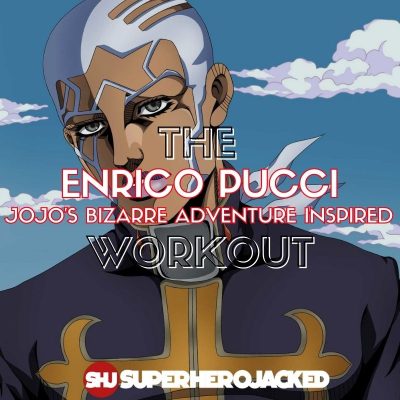 Enrico and Weather Report, also known as Wes Bluemarine (but born as Domenico Pucci) are actually revealed to be fraternal twins.

Which is fitting that they’re coming in one after another – but they’re also two of the most powerful JoJo characters.

So while we’re not dealing with a character that has an incredible physique or replicable powers from training – we are still dealing with an extremely powerful one.

And, he’s also going to come in as a nice mix-up for our JoJo Workout Placement Quiz as well.

Like Weather Report, we don’t have any specific stats for Enrico Pucci.

We are going to learn that his Wiki lists him as “average to above average height” which actually means he’s almost definitely above average when compared to the majority of our male anime characters – but still dwarfed by our behemoths inside our Anime Workouts Database. 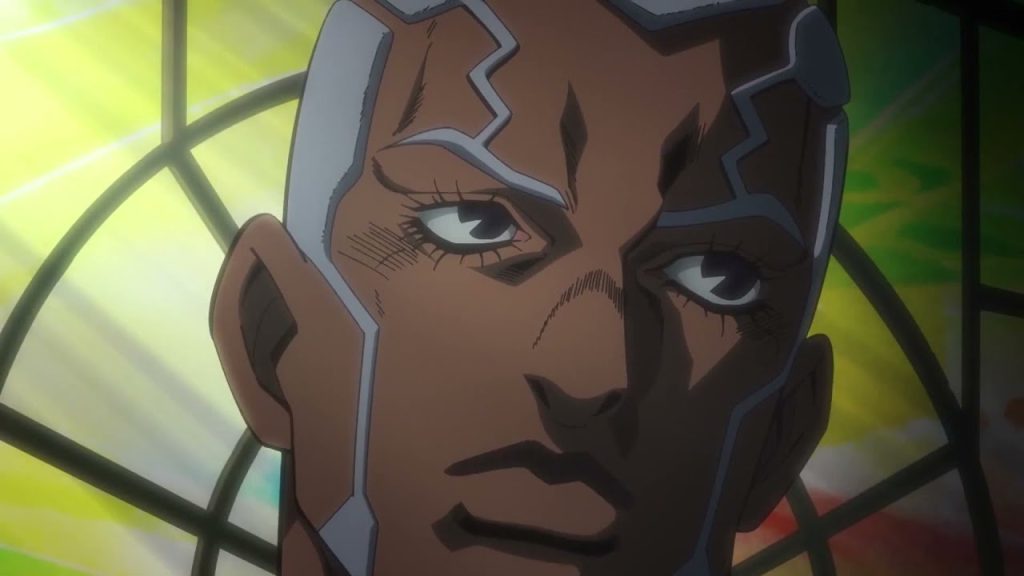 To start off our research we’re going to be pulling right from Enrico’s Wiki Fandom page, which starts off stating:

A loyal follower and friend of DIO, he implements a plan long formulated by DIO to “achieve heaven”. Pucci is a Stand User and manipulates the mind and soul through his Stand, Whitesnake.‎

As we did with Weather Report, we’ll also be taking a piece out of his appearance section for this one being that we’re going to be building this workout around more of a cosplay-oriented routine for Enrico.

Pucci is a dark-skinned man of average to above-average height and slim to fit build.

Where Weather Report was listed as “medium to athletic build” we see Enrico listed as “slim to fit build”.

Before I break down what we’ll be dong to achieve this, let’s move into his Stand: Whitesnake (and even talk a bit about C-Moon and Made in Heaven):

And, again, like Weather Report, we won’t be able to hit this workout routine and magically be gifted one of these incredible Stands.

BUT, what we can do is shoot to achieve an Enrico Pucci aesthetic.

For that we’re going to be training with calisthenics and cardio to tone up like Pucci while also shredding down fat and getting lean and slim like him as well.

We also should note that Enrico Pucci “was born with a disfigured left foot”, but his Wiki Fandom continues on to mention that “this apparently did not hinder his ability to walk.”

So while he’s not the most athletic JoJo character (mainly because our JoJo’s are insanely athletic), we will be sticking to more of a beginner -> intermediate fitness level.

For this one we’ll be training with calisthenics 3 days per week and then also tacking on optional cardio (for fat loss and endurance) two days a week. I’m also including a Whitesnake Circuit Test as well – but you can come back to this as little or as much as you’d like to put your training to the test.