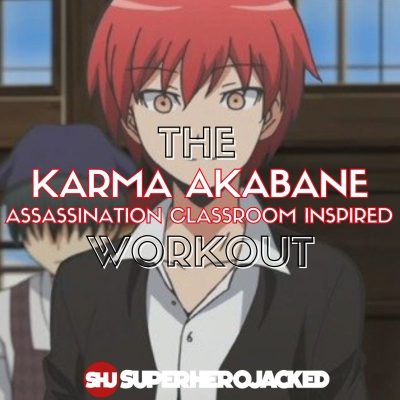 We’re finally getting another Assassination Classroom character here at SHJ.

Our Korosensei Inspired Workout was getting lonely – so Karma Akabane was the obvious choice to keep him company as our next routine.

Although I do foresee Irina Jelavic landing on SHJ in the near future as well.

Korosensei came in as one of our most powerful anime characters of all time, so Karma Akabane is going to be a bit of a different twist, but still enough to give us a killer routine.

We’ll be basing this one strictly around calisthenics, so it’s going to be a lot of fun for our members to be able to get him as a result on our Anime Workout Placement Quiz.

Karma is actually quite tall at 5’9-6’1 (he’s 5’9 when we first meet him), when we compare him to other male anime characters.

He would only be considered short if we were to compare him to the gigantic monsters we have floating around our Anime Workouts Database. 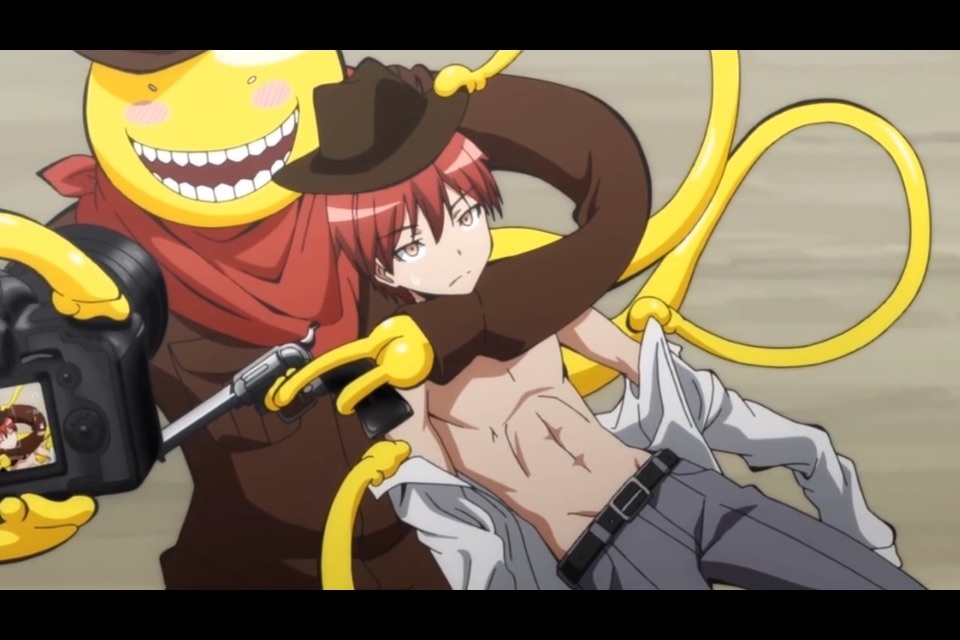 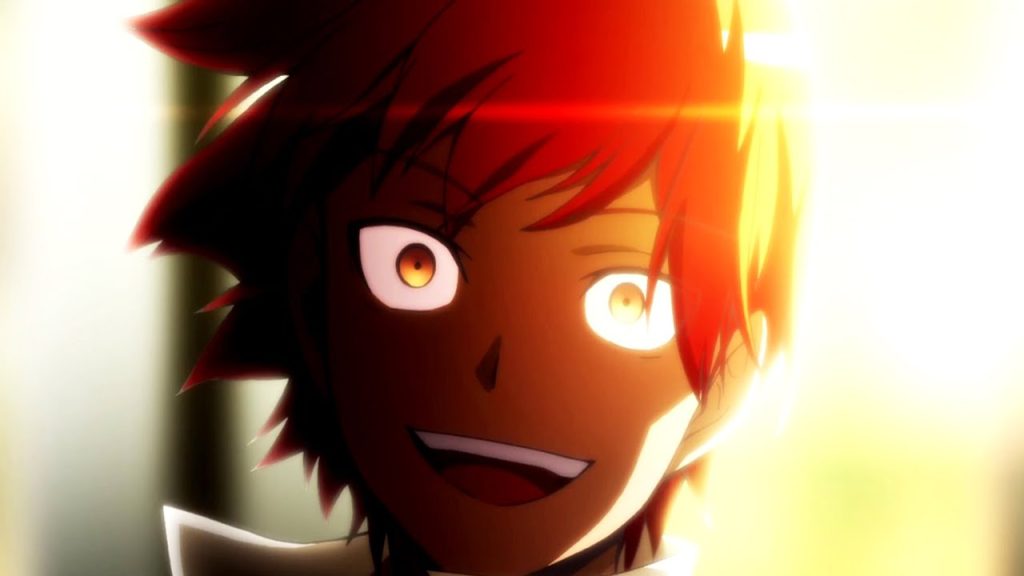 To kickstart our research we’ll be pulling right from Karma Akabane’s Wiki Fandom page, which has his bio listed as:

Karma Akabane is a student in Korosensei’s Class 3-E of Kunugigaoka Junior High School who had been suspended from school due to his violent behavior and one of Nagisa’s closest friends.

From there we can even move on to learn about some of his abilities.

A big portion of what makes Karma an interesting character is his leadership skills and overall intellegence level – which is exactly what we’re going to lead off with:

Leadership: Karma is capable of utilizing and leading his classmates, making use of their abilities in the most suitable way to the corresponding situation. He demonstrates this ability in bits and pieces throughout the series, such as when he planned to subdue Itona at the natural pool, but only fully begin to demonstrate this in Chapter 145, where he guided each of his teammates to positions best befitting them.

Intelligence: Karma is one of the smartest characters in the series, being capable of maintaining top grades with little effort. He assets his cunning, mischief yet considerable objective nature to assassination attempts, as well as other scenarios that may require it, such as saving his classmates or others. He also is often the first person to notice any oddities that may occur around and within Class E.

Marksmanship: Karma is ranked third for marksmanship among the boys, and the fourth among the whole class.

Pair that with his marksmanship I added in there as well and he has a deadly set of abilities.

And that’s all prior to even discussing his actual combat skills.

Here’s how they break that down:

Combat Skills: Besides his intelligence, Karma possesses a knack for battle and enjoys it. He has good fighting skills such as having high mobility and reflexes, and also has a mind suited for pranks, and foul play. He is also the physically strongest student in Class E as he has no trouble subduing Terasaka who has the most muscular build in the class, and it took both Maehara and Isogai struggling to physically restrain him before he could have injured Nagisa. Karma is also stated by Kimura that no one could compare to Karma at direct hand to hand combat, to the point of fighting toe-to-toe with a full-fledged assassin like Grip, and his reflexes allow him to pinch down an enemy’s attacks, though he isn’t so stealthy as Nagisa.

Some of the main points we’re going to take from this section is the fact that he has high mobility and reflexes, and possibly most importantly the fact that he is the physically strongest student in Class E.

They also make specific mention to his muscular build, which is something else we’ll be shooting for.

As I mentioned above: we’re going to be building this one out using calisthenics, so we need to get strong, mobile (which will come quite naturally, but I’ll also add in some parkour resources), and keep the routine around staying muscular and lean.

Along with all that we also need to recognize that his mobility and combat skills also require endurance and overall stamina, which will also be a goal of ours.

For that reason we’ll have some high volume, but I’ll still be sticking to a beginner-intermediate level for this one – which can be scaled down even further if needed.

For this one we’re going to be training with 3 days of semi-basic calisthenics programming that can be scaled down quite easily, 1 day of endurance work (which can be subbed for parkour or MMA training with resources I’ll provide at the bottom of this article), and 1 day for a Korosensei Circuit Test, which you can complete once every couple weeks (or every week) to test your skills.