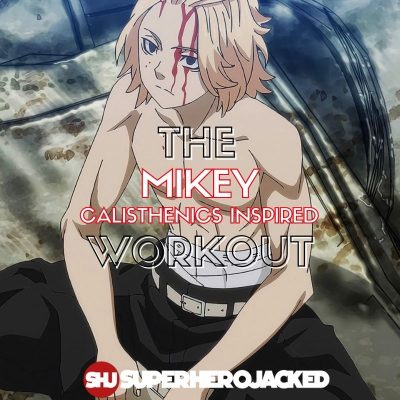 Even though Attack on Titan and Demon Slayer are the two hottest shows right now, everyone is still requesting more from Mikey!

We already had our original Mikey Inspired Workout which used weight training to get ripped and strong, but you guys repeatedly asked for a calisthenics variation to be added to our Tokyo Revengers Inspired Workouts, so here we are!

While Tokyo Revengers was airing Mikey and Draken’s routines were two of the most popular routines on the site, so it only makes sense you guys want to see more – even after we got jump rope circuits added as well.

Mikey is really short, but actually not the shortest compared to male anime characters we’ve seen at SHJ.

Although he is definitely dwarfed by some of the behemoths within our Anime Workouts Database. 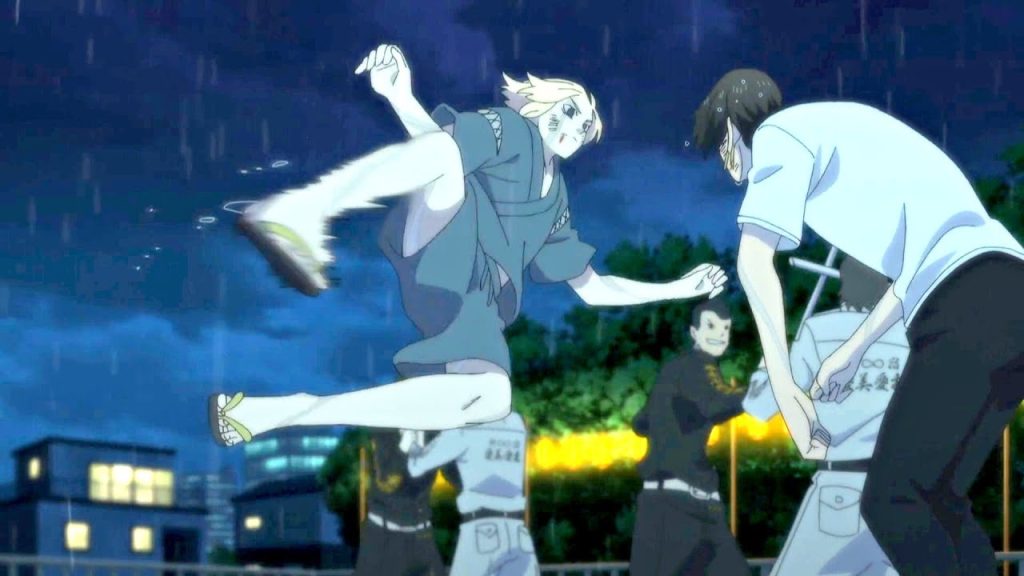 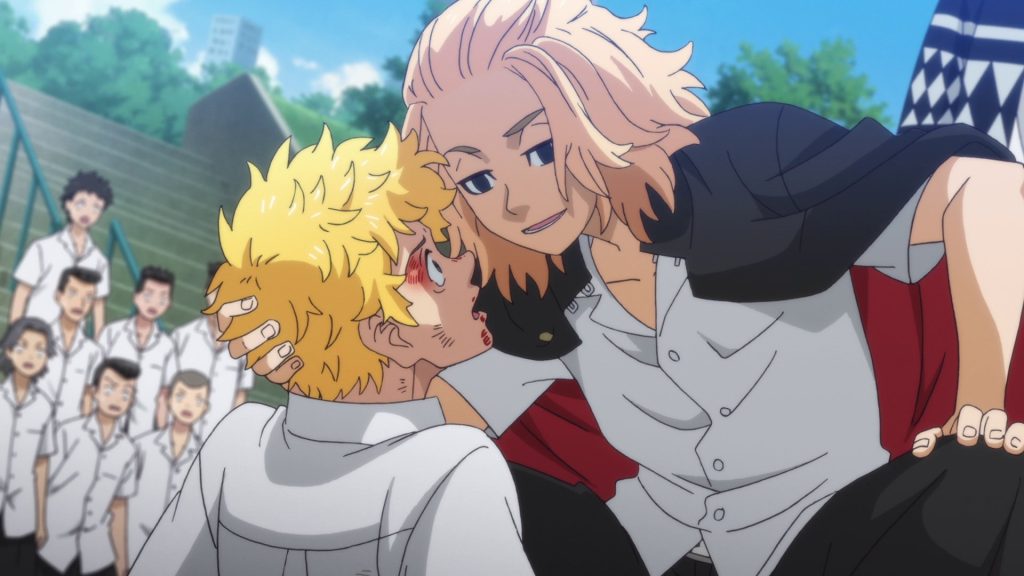 Even though we’ve already researched Mikey’s background and abilities we’re going to do it again for this one to know exactly what we’re working with, and also give a recap for any new members of The SHJ Army just landing on this routine.

For that we’ll be pulling right from his Wiki Fandom page, which leads with this:

Manjiro Sano, or Mikey, is a founding member and the leader of the Tokyo Manji Gang.

That clearly doesn’t give us much to go on in terms of building this routine, so we’re going to keep digging for more.

Mikey has the longest breakdown of abilities I’ve seen among any of the dozens of Tokyo Revengers characters I’ve researched; which is what we’ll dive into to break this one down more.

Here’s what they start off with that isn’t directly related to his fighting prowess and physical abilities:

Authority: As the leader of Toman, Mikey has absolute control over its members. His presence is able to strengthen the entire gang as a whole, amplifying everyone’s strength, making Toman an incredibly formidable and dangerous opponent for enemies.

Intuition: Mikey has a rather unique and fairly keen sense of intuition that manifests in differing somewhat supernatural ways. Upon his first encounter with Takemichi, he was somehow able to tell that he was not a normal middle schooler, although he couldn’t fully understand the true extent of Takemichi’s nature, and remained somewhat suspicious about who and what he was, due to being capable of somewhat predict future events. When Takemichi grabbed Mikey’s hand in the present, traveling back 10 years into the past, the Mikey of the time was able to sense that Takemichi had time leapt once more.

Another application manifests as a result of his deep bond with his friends. Due to this Mikey is capable of detecting their wills. He correctly deduced that Mitsuya was going to do something on Christmas night and even discern his location, saving his friends from a predicament. He claims that his big brother and Baji’s souls guided him.

Mechanical Knowledge: As the younger brother of Shinichiro, an expert mechanic, Mikey possesses abundant knowledge about machines, motorbikes in particular. He can fix and assemble parts of a motorbike well.

This is all information we didn’t original include in our first Mikey workout, and I think it’s only fair to really show off a full rounded perspective.

But now we can move into the abilities that will actually help us build this routine, starting with his fighting prowess:

Mikey is regarded as the strongest member Toman and arguably the series from a fighting standpoint. His epithet, the Invincible Mikey, is indicative of his strength and how he is revered among other delinquent groups. He is strong enough to incapacitate other elite gang members with a single kick, and his enemies often remark that they cannot believe that he is a mere teenager.

He favors kicks more than punches, as it deals much more damage and eliminates his height disadvantage, making him able to go toe-to-toe with tall opponents. Although he has great punching ability, his kicks have crushed cars. The destructive power behind his legs is so infamous, his kicks are regarded as being “nuclear”.

On top of his fighting ability, Mikey possesses prodigious physical condition manifested in multiple ways. For one, his lightning-fast reflexes make him insusceptible to surprise attacks. His leg strength is such that he could not only lift an entire person holding him with one leg, but also use that same leg to deliver a devastating instant KO kick another enemy, defeating both instantly.

It is later shown that a combination force of Draken, Mitsuya, Chifuyu and Peh-yan was unable to defeat Mikey.

Mikey is insanely strong, and overwhelmingly the strongest member of Toman.

On top of that, it becomes even more interesting when we bring in information about his martial arts abilities, which are shared as such:

Unlike most delinquents, Mikey has actual martial arts experience that was honed into him ever since he was a child. He was also recognized as a prodigy. Due to this, his fighting sense, flexibility, and reflexes are unparalleled.

His signature and finishing move is a high right roundhouse kick that is executed at a blinding speed to the opponent’s temple, which has caught all but the strongest opponents off guard. It hooks the opponent’s head and slams it into the ground. Almost all who are hit by this kick get knocked out instantly. This kick has also been seen done using Mikey’s left leg.

It becomes even more clear how much work we’ll have to do when we bring Mikey’s endurance into the mix.

Mikey is also shown to have remarkable endurance and resilience. He has been hit by blows that would have knocked out most individuals, yet he can still shake them off and keep fighting. The few times that he has been knocked out, he awoke quite quickly. Even when beaten down and taking what would otherwise be potential fatal damage, his offensive ability does not diminish in the least, to the point he was capable of knocking an enemy with a single headbutt despite being already slammed repeatedly with a pipe.

Meaning we are going to definitely be adding in direct endurance work and circuit training.

But, as I said before this is going to be a full bodyweight and calisthenics routine – and also be ready for some parkour and MMA mixed in there as well with it.

For this one we’re using three days a week dedicated to high intensity calisthenics training, and then one day devoted to a Manjiro Circuit Test (that we can keep coming back to and re-testing), and a final day devoted to Toman endurance work!

B. Wide to Close Air Squats

B. Toes to Bar