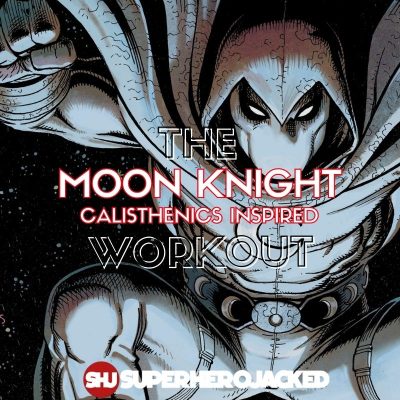 Moon Knight is coming, and we need to prepare.

We’ve already had our original Moon Knight Inspired Workout here at SHJ, but now it’s time to take a different spin on it and train around calisthenics – for all our bodyweight trainers out there.

We know our new Moon Knight is Oscar Isaac, but we also have a lot of members in The SHJ Army looking to embody him as well.

While we have a ton of other characters among our Marvel Inspired Workouts that I would say are frontrunners, I also think Moon Knight is quickly moving up the list.

This one is also going to give a fun way to add another answer to the growing list of people taking our Marvel Workout Placement Quiz as well.

Moon Knight is actually fairly tall, and carries a ton of muscle on his big frame.

Although he obviously is dwarfed by some of the behemoths among our Superhero Workouts Database here at SHJ. 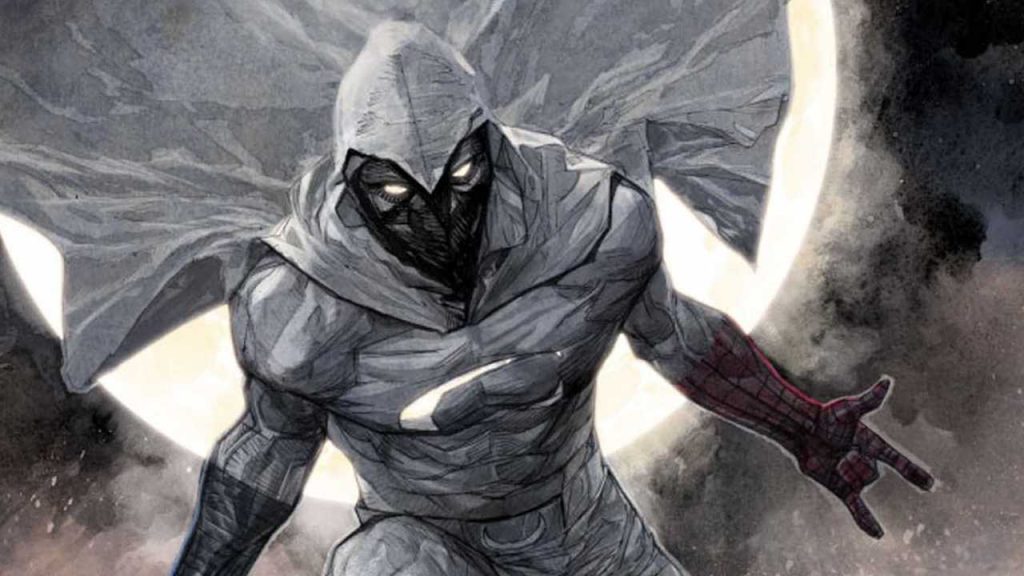 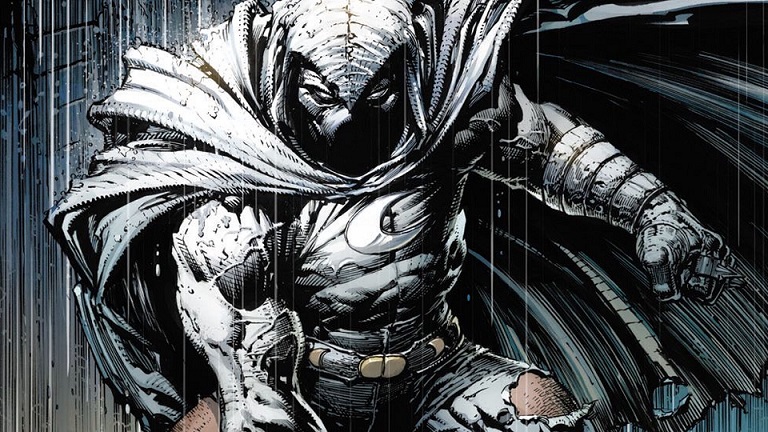 Even though we’ve already done our research on Moon Knights background and abilities, we’re going to be going through it again for this one considering that initial research dates back to 2018, and we surely have hundreds of thousands of new members now.

For that we’re going to be pulling right from his Wiki Fandom page.

We’re going to be starting right with some base background information:

Marc Spector is better known as the vigilante Moon Knight. Once a mercenary, Marc Spector was left for dead in the desert, where he was revived by the Moon god Khonshu. Appointed as Khonshu’s fist and high priest, Moon Knight enacts justice to protect those who travel at night. Spector also suffers from dissociative identity disorder, which has paved the way for his use of other identities, including millionaire Steven Grant and cab driver Jake Lockley.

From there we can go into Moon Knight’s powers and abilities and break down some of the things that make him amazing.

We’re going to start with his powers/enhancements, which they list as such:

Enhanced Brain Function: After being brought back to life by the moon god Khonshu, Marc’s brain structure was fundamentally changed due to being in brain-to-brain contact with him, stating that his brain was rebuilt as a god’s weapon. While the full extent of the changes Marc’s mind has gone through are not known, he has displayed a mental resistance to telepathic attacks. When Hawley had entered Moon Knight’s mind, he was instantly overwhelmed, due to its supernatural nature. Moon Knight had complete control over his mindscape and was able to attack and capture Hawley, leaving him catatonic in the real world.

Immortality: Moon Knight’s pact with Khonshu granted him the advantages of immortality. He has been brought back to life by Khonshu on three occasions.

We’re not going to be able to become immortal with our training, and unfortunately I also won’t be training you to have enhanced brain functionality either.

Moving into Moon Knight’s abilities, which are actually what will be helping us build out his routine even more, we can start with what they lead us off with – which is kind of an overview:

Over the course of his life as a boxer, U.S. Marine, mercenary, and costumed superhero, Marc Spector has become an expert at hand-to-hand combat techniques and various martial arts. He is an Olympic-level athlete and a skilled acrobat and gymnast, and excels as a combat strategist.

In this breakdown it actually makes a lot of sense that we are going to be working with calisthenics and bodyweight training as Spector was an Olympic-level athlete and skilled acrobat and gymnast!

I’ll even be bringing in some warm ups and training regimes that we’ve seen from actual Olympic-level gymnasts here at SHJ within our Celebrity Workout Routines and research.

From there they also break down his physical strength before going on to list the rest of the abilities we’ll have to keep in mind while building out our workout:

Currently, Spector has the strength of a normal human male of his age, height, and build who engages in intensive regular exercise. He could formerly press lift twice his bodyweight; 450 lbs, but since losing his powers he has been routinely weightlifting and is likely stronger. According to the Official Handbook of the Marvel Universe Vol 1 9, at his strongest, under the light of the full moon, he can lift about 2 tons.

This is another good breakdown to go on because it does tell us that he has used weightlifting since losing his powers, which is something we need to keep in mind.

Although, we will definitely be training with high intensity and a ton of progressive overload to be able to increase our overall strength level.

To finish off our research I’ll be listing the rest of his abilities, which they give us as follows:

None of this is going to change our routine that much considering what we already have to go on – but it is all relevant to Moon Knight’s background and should be included in our overall research.

To reiterate, we’re going to be building this one out based on calisthenics and bodyweight training, while factoring in Moon Knight’s overall strength and the fact that he was an Olympic-level athlete, gymnast and acrobat.

So expect a lot of volume, high intensity, and room to scale up or down depending on your overall fitness level.

For this one we’re going to be working around 3 days of high volume calisthenics and acrobat training, mixing in what we’ve learned from research on actual Olympic level gymnasts and even acrobats, and then we’ll also have a day devoted to hero endurance and one final day for you to test your skills either weekly or biweekly on a Moon Knight Circuit Test (which will also be sticking to calisthenics and endurance work).

A. Wide to Close Squats