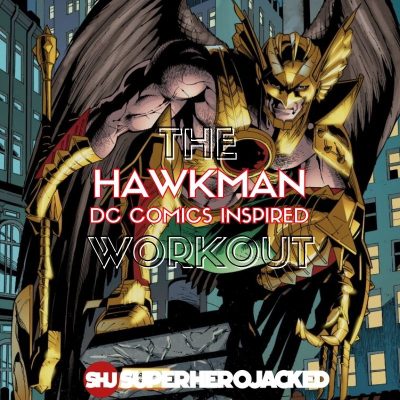 We’re back for another DC Inspired Workout, this time centering around Hawkman.

Ever since the trailer for Black Adam dropped you guys have been flooding the request form with characters that we had appear (and celebrities as well).

We’ve already seen Dwayne Johnson’s Black Adam Workout, Aldis Hodge’s Hawkman Workout and even our Black Adam Inspired Workout – but now we’re going to be taking a deeper look at how we think the character would train to unleash his physique and abilities.

We’re at the point where we have way over one thousand workouts within our Workout Database, so sometimes when we don’t have a character, even I’m surprised by it – and Hawkman is one of those characters.

I’m glad he’s going to be making our way into our databases, and I’m also happy that we’ll be able to add him to our DC Comics Inspired Workout Placement Quiz as well.

Carter Hall, AKA Hawkman, is actually quite tall.

And coming in at 195 pounds makes him pretty heavy as well, which makes sense with the mass he has on. 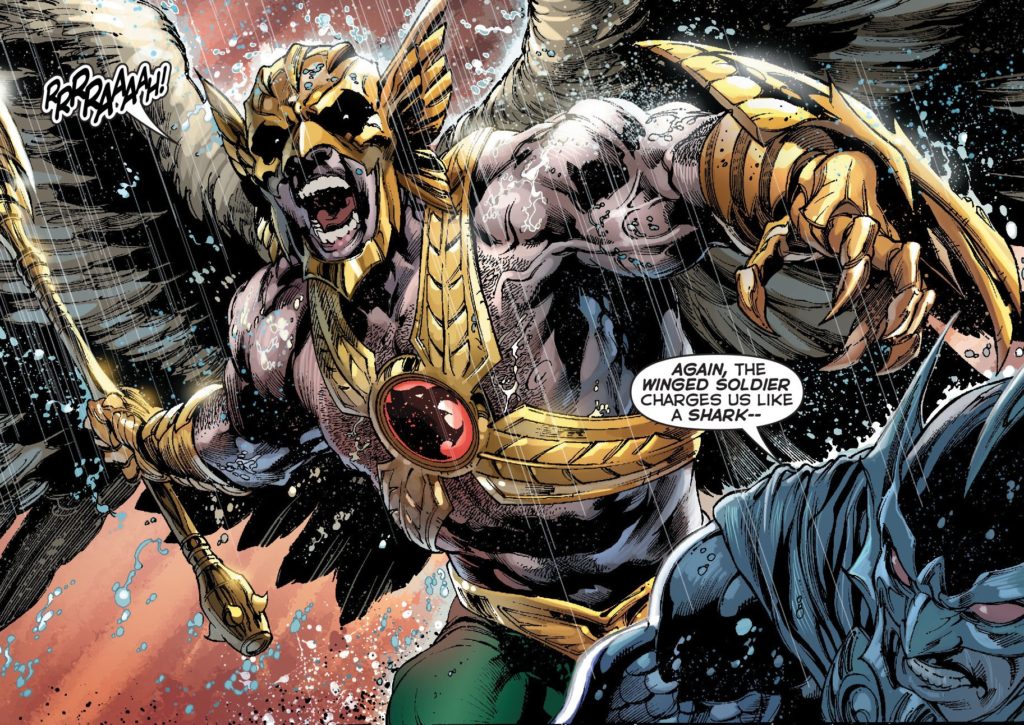 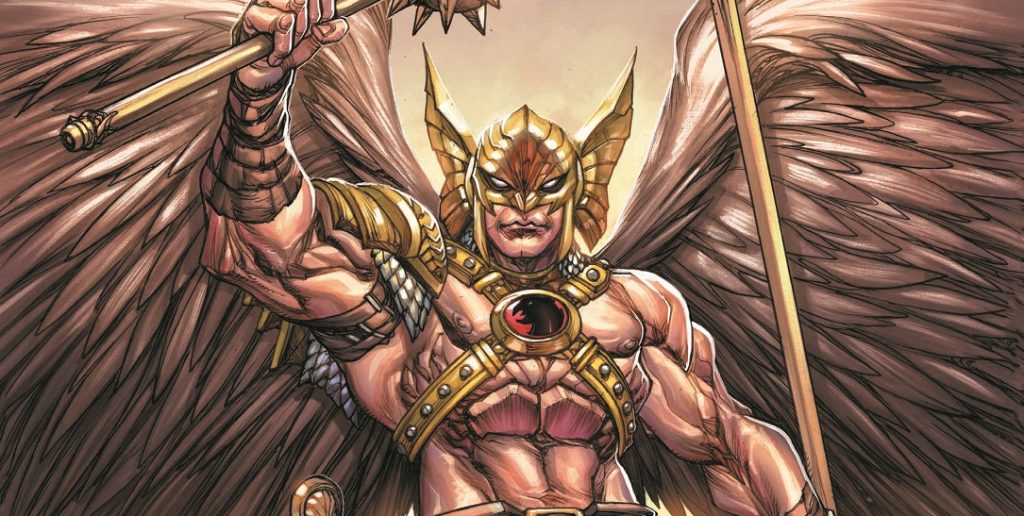 To learn more about Hawkman we’re going to be pulling from his Wiki Fandom page, which starts us off with:

Carter Hall is Hawkman, the latest in a long line of reincarnates of Prince Khufu Kha-Tarr. His life and history is notoriously convoluted.

From there we can move on into his powers and abilities, which are broken down separately.

Here’s how they start us off for his powers:

I won’t be teaching you how to breathe underwater or become reincarnated – but we will be working around more abilities to come.

We can move into his abilities section, which goes into this:

And they also make mention to these abilities, without the in depth descriptions:

They also make a big note about the Science that comes with his Reincarnated Knowledge section, which they add this for:

Obviously he also has his archaic weaponry and his artificial feathered wings – but we won’t be needing to specifically work around those for this one.

On top of all this research, one of the biggest things we need to remember is that Hawkman is MASSIVE.

He may not be towering over other characters, but his arms are gigantic and he has a shredded and muscular physique that lends to his overall abilities.

DC Comics own Hawkman page lists his powers as:

And while we won’t be learning to fly, you better believe we’re going to be structuring this routine around that enhanced strength.

So be ready for heavy weightlifting!

For this one we’re going to be training around an upper lower body split, working with two days a week towards each and a day mid week to test our skills with a Reincarnation Circuit Test (that will basically have us dead and back) – which you can utilize once a week, biweekly, or even every month to retest your progress.