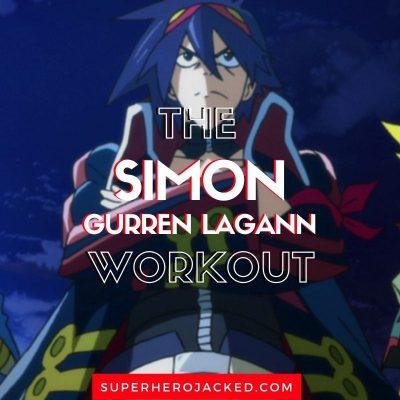 Simon’s Gurren Lagann Workout Routine is the final one that will allow us to finally get our BIG and powerful listicle.

And by that I mean our Most Powerful Anime Characters of All Time listicle.

It’s been a long time coming, but we’re finally going to be there this week.

Our Anime Workouts Database is definitely loving it, and the amount of viewers and members of The SHJ Army that is growing daily is pretty crazy as well.

So I’m fairly certain everyone is loving the anime themes as much as I am.

That, and the fact that anime in general is on the rise; with Netflix even seeing insane numbers of household viewership last year.

In part two we see his height shot up to over a foot taller! 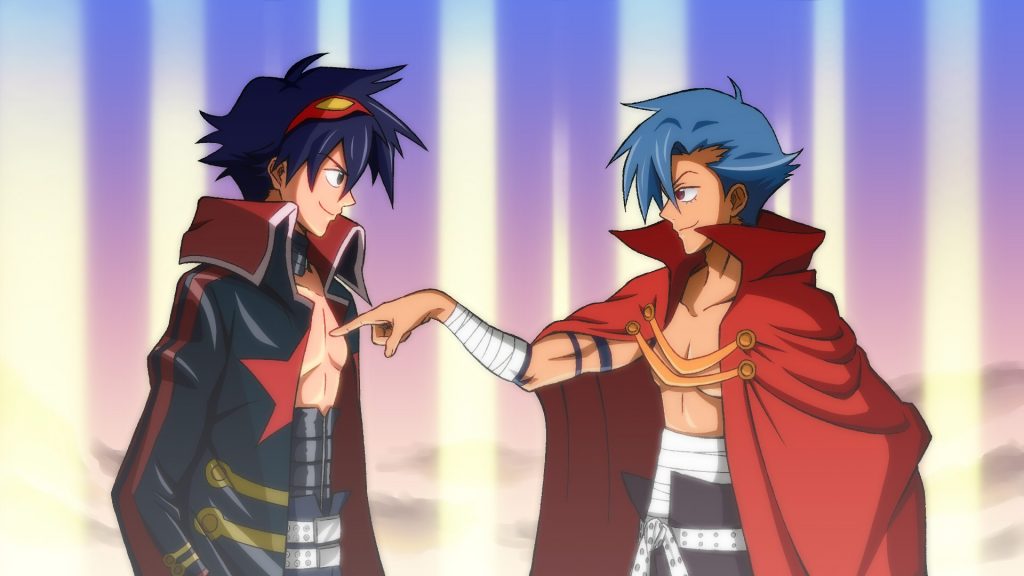 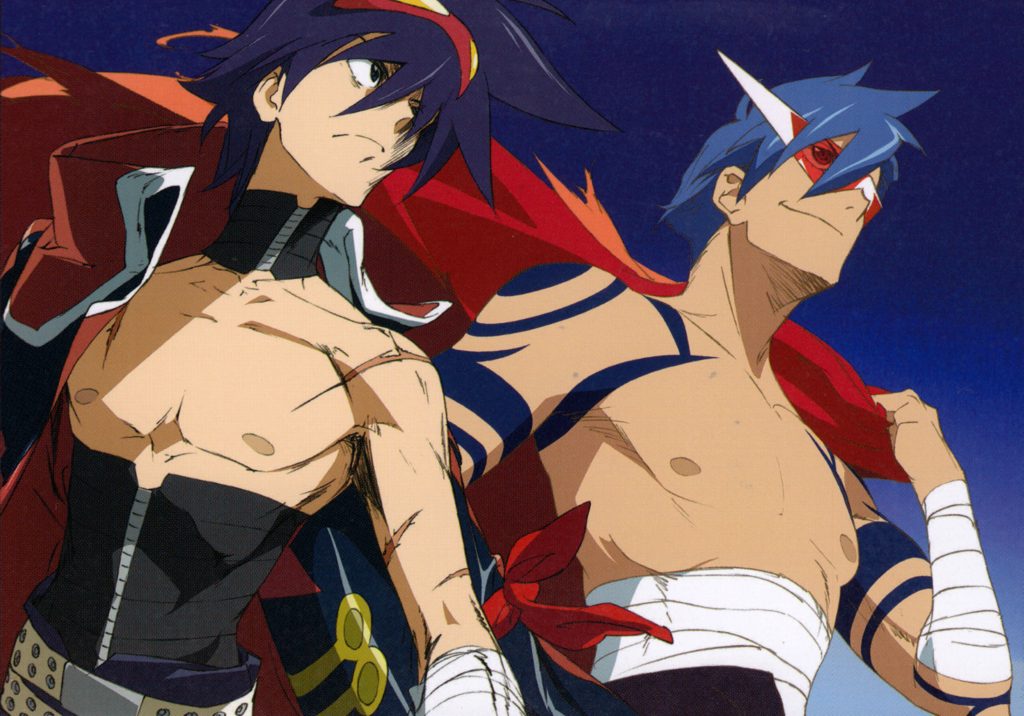 We’ve already had our Kamina Workout and our Yoko Littner Workout as well!

But now it’s time to really round out our Gurren Lagann characters by adding Simon to this list.

To start off I’ll be pulling a brief bio from his Wiki Fandom page, which tells us:

Simon, also known as Simon the Digger (Anahori Shimon in Japanese), is the central protagonist of the anime and manga series, Tengen Toppa Gurren Lagann. He begins the story as a short, unassuming and lonely young boy, but grows up into a commanding and well-loved man. Hailed for being like a drill (a dynamic he explains at the top of this article), he became known as a legendary hero who overcame impossible odds both personal and universal and now stands eternally as a beacon for the good of all man and Spiral kind.

Simon’s Wiki is extremely long with a ton of depth about his character.

So if you are interested in reading it in full you can use the link above, but we’ll have to keep it short because there’s also a TON of information about his abilities.

Simon has the ability to use Spiral Power because the humans of his universe are Spiral Lifeforms. This is because humans have helix-shaped DNA. By the end of the series, Simon is the most powerful spiral being who possesses limitless Spiral Power. In the first half of the series, his Spiral Power surpassed the great Spiral King Lordgenome, as stated by Lordgenome himself, and later that of the Anti-Spiral by the end of the series, making Simon the most powerful being in the entire Gurren Lagann universe. He had no control of his Spiral Power at first, but he gained more control as he grew and eventually growing sufficient enough to transform Gunmen on a massive scale like Super Galaxy Dai-Gurren. He usually channels Spiral Power into his core-drill but towards the end he learned to unleash it alone. He can fire massive beams of Spiral Power from his core drill and can create drills for various purposes the latter requiring a gunman.

They also talk about his piloting abilities prior to going into depth about his Spiral Power:

But, the Spiral Power and the fact that he’s fairly skilled in hand to hand combat are probably the two things that we’ll be making the most use of while building out a routine for him.

Here’s what they tell us about his Spiral Power:

Deformation skills of reality: Gurren Lagann uses Spiral Power to create drills from scratch. Later in the series, with Arc-Gurren Lagann and Super Galaxy Gurren Lagann-Mecha, he has the ability to tear apart the structure of space-time itself through pure brute force. The Super Galaxy Gurren Lagann can traverse other dimensions and universes, can alter the probability and is equipped with kilometers of cannons that appear in the wires of the burner holes, each capable of firing a beam directly through the continuous space, used for achieve objectives independently of their location and temporality in the multiverse, being able to reach objectives in the past, present and future. The Super Spiral Space within the Tengen Toppa Gurren Lagann allows the recognition of the pilots to become reality.

Metaphysical Powers: The epilogue shows that Simon alone has the metaphysical power to extend anyone’s life and revive everyone back from the dead, but he refuses to do so, stating that the dead should stay dead. In the epilogue, Yoko explains to Gimmy that he should stop viewing Simon as a God, implying that Simon is not omnipotent.

Superhuman Durability: Lordgenome was able to utterly destroy Lagann with his bare hands yet Simon was shown to have little more than cuts and bruises after being punched by the man during their fated battle. This implies that Simon has a durability beyond that of an average human, even when he was a child. He was also able to withstand the blows of the Anti-Spiral, an omnipotent being, in the midst of their hand-to-hand melee.

Superhuman Strength: Simon has displayed feats of physical abilities on a superhuman level on multiple occasions. One notable example would be in Childhood’s End, when Simon is shown climbing up Shuzack with nothing more than his core drill and brute strength. There is also an instance in the third novel where, in the prison, he is able to physically beat up and take down an armed mecha that was used to guard the prisoners.

To break that down into what we can use…specifically…we’re going to be focusing in on superhuman strength!

Simple, easy, and fun focus for this one.

And, coming off of Akira’s Workout from Devilman we’ll look to switch it up and use a different style of strength training to step into Simon’s abilities.

We’re going to be using a PPL Split (which is Push, Pull, Legs) but I’m also going to program you one full body day with weights, one full body day just calisthenics, and then also provide bonus training resources at the end; all of which can be utilized as training on your days between your PPL strength days.