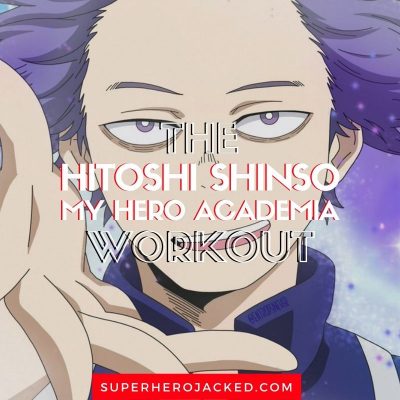 Hitoshi Shinso is making waves in the newest season of My Hero Academia.

Normally he would be a character we’d try to put off a bit being that his powers don’t really help us build out a workout routine; but he’s just too much to ignore!

We recently added our My Hero Academia Inspired Workouts (Mini Database) to our larger Anime Workouts Database, and I’m sure The SHJ Army is going to love having Hitoshi there alongside the rest of our other characters.

We’ve also been seeing A LOT of MHA in terms of both students and heroes being that we’ve been building some fun listicles around the show as a whole to make it easier for you guys to find the routines you love.

Hitoshi Shinso comes in a little above average height considering he’s a student, and we’re comparing him to anime males who tend to be a little on the shorter side.

He’s only 16 years old, like our other students, and like other MHA characters he’s given a very specific height but no weight to go with it. 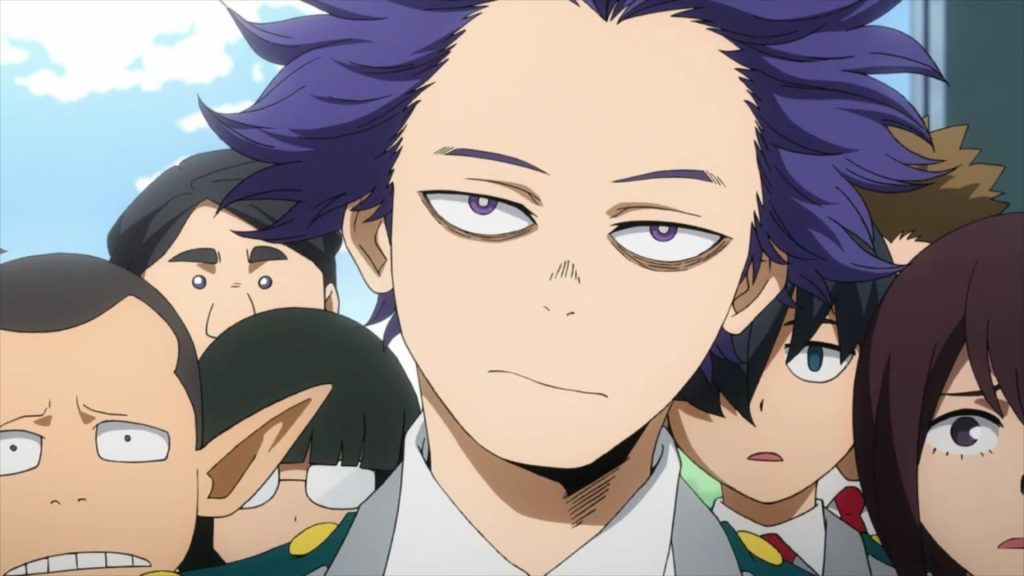 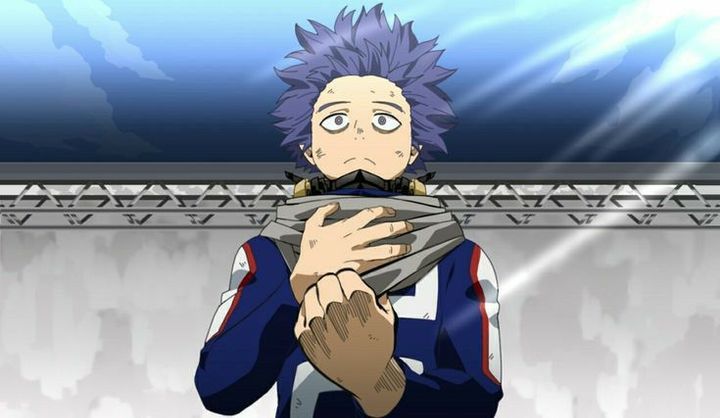 Hitoshi Shinso is ready to be a hero.  He wants it…bad!

If you don’t believe me, here’s what they tell us:

Well, for those of you who don’t know, Class 1-C is not a hero course like 1-A and 2-A; so Shinso is looking to transfer in and become a hero!

When they move onto his personality we learn a bit more about Shinso.  Here’s what they say:

Hitoshi is a stoic and straightforward person with an innate ability to spark conversation with anyone, despite holding a reserved and quiet attitude most of the time. He is shown to be rather clever, knowing just the right words to say to manipulate others into replying to his words, allowing him the opportunity to activate his Quirk. He does not seem to mind doing something underhanded if it means he can claim victory in a fight.

When they move into his powers and overall abilities section they actually do a really good job giving us a nice broken up section of all the things Shinso is doing to really work on his Quirk and become more powerful.

They start us off by telling us about his overall abilities:

Initially, Hitoshi lacked direct combat abilities, choosing to rely on the power of his Quirk in battles. But after deciding to transfer to the Hero Department of U.A. High School, he underwent training that was overlooked by his mentor, Eraser Head. Hitoshi displayed the results of his training when he, Class 1-A, and Class 1-B took part in the Joint Training Battle. During the two rounds of the said training in which he partook, Hitoshi also showcased excellent camaraderie, using the voice-modifying function of his Artificial Vocal Cords, as well as his Super Move, “Artificial Vocal Cords: Persona Chords”, to confuse his opponents, blindsiding them into being left wide open to the surprise attacks of Hitoshi’s teammates.

Shinso is also working to develop another incredible ability that he’s taking right out of Mr. Aizawa (Eraser Head)’s playbook:

Binding Cloth: As he saw himself in Hitoshi, Shota decided to train him in secret in the fighting style he developed that involves the use of Capturing Weapon. After several months of training, Hitoshi is able to make use of this style for the first time in the Joint Training Battle. At the beginning of the first round, Hitoshi successfully brainwashes Jurota Shishida and attempts to demonstrate his skill with the Capturing Weapon, but his reaction time is too slow as he needed to employ the cloth at a much faster rate to make his attack more effective. After Denki’s plan to divide the opposing team’s attention succeeds, Jurota seeks out Hitoshi, who effectively uses his Binding Cloth technique to blindside and daze the rampaging student long enough for Tsuyu Asui to fling Hiryu Rin at the behemoth, securing victory for Hitoshi’s team. Despite the victory, Hitoshi is frustrated because he could not apply much of his Hero knowledge to the fight. Shota tells him that he would not need to be present if he could already do everything, and says it took him six years to master his capture weapon.

And, finally, although I think we already know what we’re going to be training like, I do want to share a bit more about his Quirk as well.

They explain it as such:

Brainwashing: Hitoshi’s Quirk allows him to put someone in a state where they are forced to obey whatever he commands. He can only activate this power when his target verbally responds to something he says. Brainwashing needs to be intentionally activated and will not take effect if Hitoshi doesn’t want it to.

So we know Shinso is training a lot to become a hero and really has his mind set on doing so.  For that reason we will be training hard, but we don’t necessarily need a big weightlifting program as he’s not looking to train for a huge aesthetic body and more-so performance and effectiveness around his Quirk.

For that reason we’ll be using endurance training mixed with calisthenics to become Hitoshi Shinso and work towards becoming a hero!

If you’re training to be a hero you’re going to want to be training 5+ days per week; but it’s okay to start small.  We’re going to utilize 3 days of calisthenics and then 2+ days of endurance work to prepare to become Hitoshi Shinso.