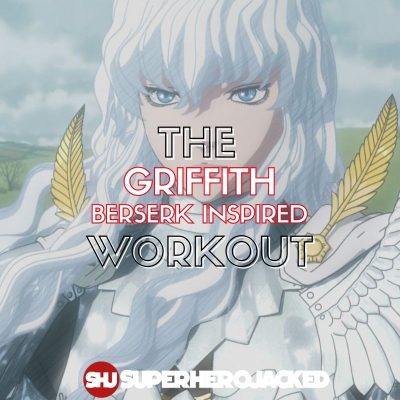 Griffith is one of the best villains in anime.

He also comes in and joins our Anime Workout Database as just the second character from Berserk that we’ve seen.

Right behind Guts himself.

Now it’s time for him to join the rest of our heroes and villains in our databases and give The SHJ Army members who requested him a challenging routine to start!

Griffith stands about a foot shorter than Guts, who happens to be pretty huge.

And at 145 lbs. he’s actually super light as well. 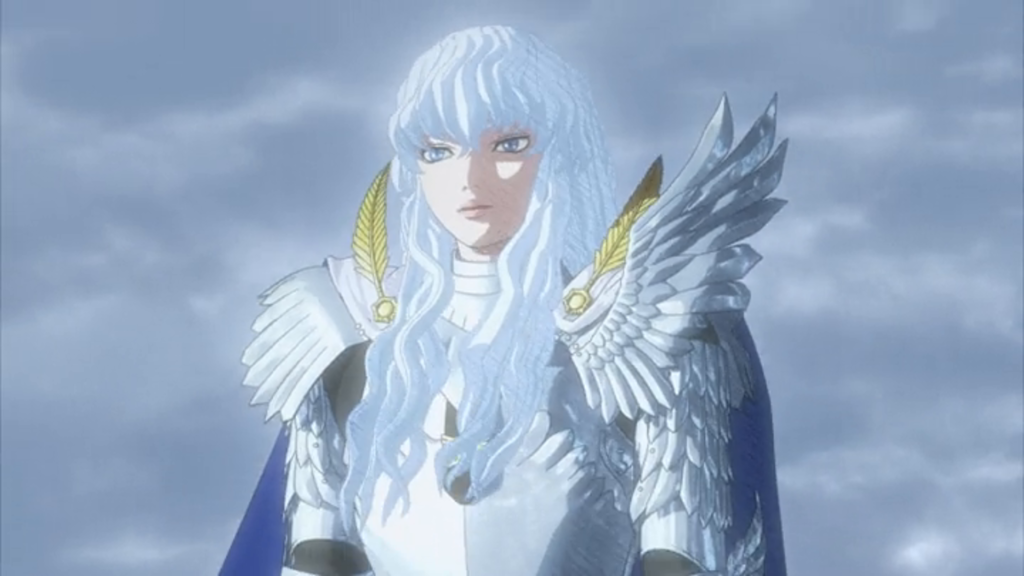 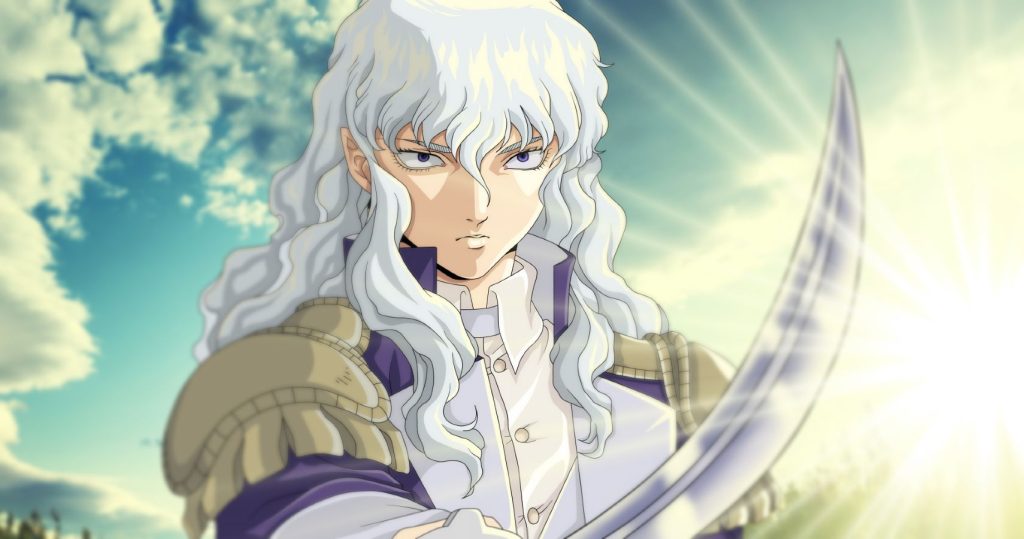 To start our research into Griffith we’ll be pulling right from Wiki Fandom with a large intro bio:

Griffith is the current leader of the reborn Band of the Falcon and supreme commander of the Midland Regular Army. As the “Falcon of Light”, he has been at the fore of many battles, having amassed a reputation as a savior across the continent.

As the leader of the original Band of the Falcon, he and his mercenaries are able to end the Hundred-Year War and bring peace to the war-torn kingdom of Midland. Following the desertion of his most trusted confidant Guts, Griffith beds Princess Charlotte on impulse, bringing about his imprisonment, year-long crippling torture, and the seeming demise of his dream. Though he is eventually rescued by the band, his state of extreme invalidity and undying desire to obtain his own kingdom compel him to sacrifice his comrades during the fifth Eclipse, for kinsmanship with the God Hand as their fifth member Femto – a demonic, idealized version of himself stripped of his human inhibitions. In time, he is incarnated into the Physical World, concerned solely with the realization of his dream, which comes to pass with his thwarting of the Kushan invasion of Midland, the Great Roar of the Astral World he prompts, and the rise of his utopian capital city, Falconia.

When we eventually work our way down into Griffith’s abilities we learn A LOT about what we’ll be working with for this one.

Here’s a brief overview of some of the standouts before I break a few specific ones down into more detail:

If we break down the swordsmanship to start, here’s what they tell us about it:

Griffith has always been an exceptional swordsman. With his precise piercing, he has dispatched many enemies with merely one stab from his sword, capable of easily puncturing vitals if he so chooses. To combat denser, larger swords, he uses a skillful parrying technique, which involves using the opponent’s sword weight against them, deflecting the larger blade down the side of his narrow sabre to create openings for offensive strikes. During the Defense of Vritannis, he single-handedly eliminates Emperor Ganishka’s imperial guard – numbering at least 12 – in rapid succession with his sabre alone. Griffith’s cutting power is also considerable; as a human, he is able to completely sever Zodd’s arm in a pincer movement alongside Guts, making him the second man in 300 years to wound the apostle.

For this one we’ll be pulling pieces of what we know from some of our other awesome swordsman/samurai here at SHJ and give it some Griffith-flair.

We’re going to also be building this one out around bodyweight training and also pulling from parts of our Assassin Calisthenics 90 Day System, that has even been used to help train new U.S. Marines – which means we’ll have some intensity to be ready for.

For this one we’re going to be training with 3 days of full body and core calisthenics training, and then 2 days devoted to endurance, high intensity training and even a swordsman .

Monday: Swordsman Calisthenics and Core A

Wednesday: Swordsman Calisthenics and Core B

B. Inch Worm to Push Ups

Being that we’re going to be working with a swordsman we are going to actually be utilizing some HIIT Endurance Work that consists of on and off sprints.

If you’d like to sub biking or rowing for this you can do that by easily swapping.