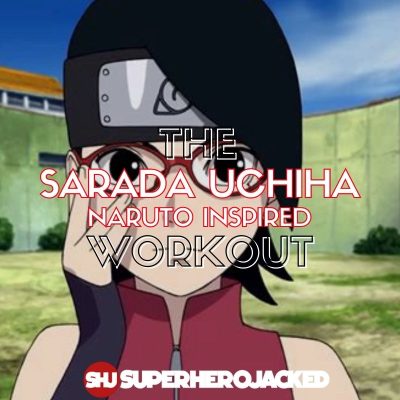 So here we are!

Our Naruto characters are some of the most popular routines on the entire site and even after having dozens added you guys still flood the request form with requests for more.

With that said, she will definitely still be making a great addition to our Naruto Workout Placement Quiz!

Sarada Uchiha is really short, but she’s also only 12 at the time of the Boruto movie.

That being said, we do tend to see anime characters on the shorter side compared to comic superheroes at SHJ. 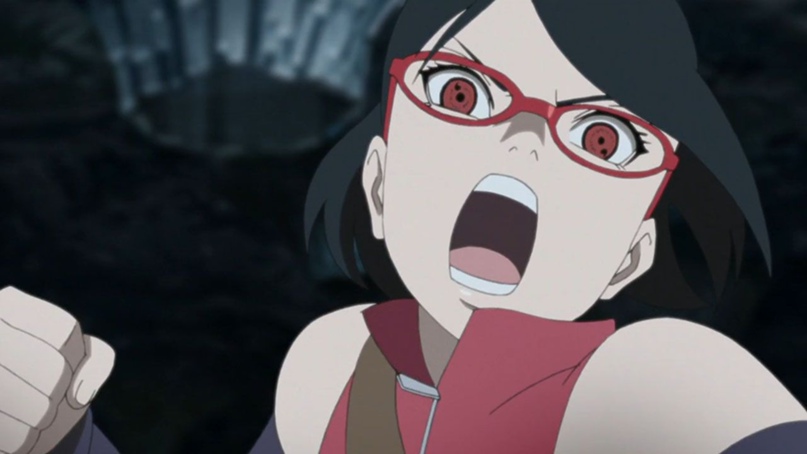 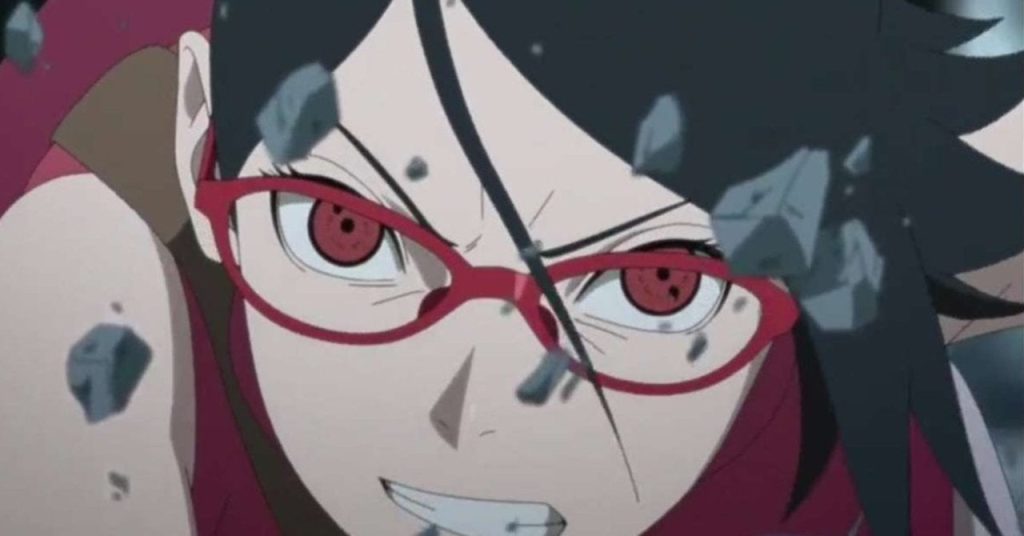 To build this one out around Sarada Uchiha we’re going to be pulling right from her Wiki Fandom page.

Sarada Uchiha is a kunoichi from Konohagakure’s Uchiha clan. Because she was raised only by her mother without having her father around, Sarada initially struggles to understand who she is or what she’s supposed to be. After meeting him with the help of Naruto Uzumaki, Sarada comes to believe that she is defined by the connections she has with others, and as a member of Team Konohamaru, she seeks to someday become Hokage so that she can connect with as many people as possible.

From there we can move directly into a section about Sarada’s overall powers and abilities.

They give us a brief section about that prior to moving into her Chakra and Physical Prowess, explaining:

Inheriting her father’s prodigious talent, and her mother’s intelligence, Sarada was evaluated at third in her Academy class, with her peers noting she would easily pass the Genin Exams, as well as her having what it takes to achieve her dream of becoming Hokage. As a kunoichi, she’s regarded as an elite genin that excels in everything and stronger than her father was at her age. She is judged to have chūnin-level leadership and battle analysis skills by Konoha higher-ups, likewise with her actual combat skills. Upon gaining more practice with her Sharingan, she is able to defeat experienced shinobi like Buntan Kurosuki and Ashimaru.

But that’s not all they give us for her powers and abilities. Sarada has long sections breaking down her physical prowess, ninjutsu, nature transformation sharingan and more!

We’ll start by moving into her physical prowess here:

As an Uchiha, Sarada has powerful chakra with an adept control over that Sarada inherited from her mother. Even before graduating from the Academy, she could focus her chakra to augment her raw strength, letting her lift and hurl massive structures with ease or release the collected chakra in her strikes on contact with a target for devastating effect, such as cratering the ground However, originally she had low chakra reserves as she nearly passed out from over-usage of the Sharingan shortly after acquiring it. By the fight against the New Seven Ninja Swordsmen, Sarada can use her Sharingan for an extended amount of time. In the anime, despite an innate talent for chakra control, it was still underdeveloped, wasting too much chakra for her various efforts and making the end results much weaker. As such, Sakura began training Sarada to refine her control.  Eventually, her chakra enhanced punch became strong enough to slightly crack Deepa’s carbon defense.

From there they go on to tell us about her knowledge in ninjutsu and the fact that she gains the highest marks in class.

After that they tell us alla bout Sarada’s nature transformation, which she’s already shown incredible talent for even with her young age.

To wrap it up, this is what they tell us about her Sharingan:

Sarada awakened her single tomoe Sharingan in each eye at age 11, out of excitement at being able to see her father after many years. While having just awakened it, she quickly adjusted to its heightened visual perception, being able to efficiently react to and avoid threats more easily and see Chakra Threads. Using it, she can perform genjutsu proficiently, as well as dispel it. Upon witnessing a technique being performed, Sarada can copy the technique’s hand seals to perform it simultaneously with the original user. In the anime, she awakened the second tomoe in both Sharingan during her second battle against Deepa. By the time Jigen invaded Konohagakure, she awakened a third tomoe in both Sharingan, which when concentrated acts like a microscope, allowing Sarada to clearly identify things as small as viruses.

Sarada Uchiha is very young, but it’s safe to assume she is going to become an extremely powerful ninja – which we could have guessed just from her last name and knowing who her father is.

For this one we’re going to be building it out around bodyweight training/calisthenics, HIIT and endurance work.

This will give us a perfect mixture of intensity and muscle toning/strength to help us unleash our inner ninja.

Similar to what we saw for Denki we’ll be working with three days of mandatory training and then another two days devoted to endurance and HIIT style training that I also recommend taking advantage of.