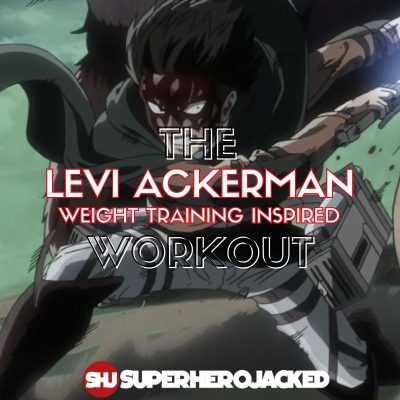 Levi Ackerman is one of the most popular characters we have within our entire Anime Workouts Database.

Not only is he one of the most popular Attack On Titan characters of all time – alongside Mikasa, but he stands out among hundreds of other characters we’ve seen.

In our original Levi Ackerman Inspired Workout we used strictly calisthenics, which is what we did for a lot of our Attack On Titan Inspired Workouts – but now we’re coming back to gain even more muscle with the addition of weight training.

I’ll still be using calisthenics within the programming, but the basis of the routine will be weight training to build a strong and muscular physique.

Levi came in at number one among the strongest Attack On Titan characters of all time (non-titans), and we’re going to be taking what we know about him and bringing him back to SHJ for more.

This will also give us the opportunity for members to get Levi for weight training or calisthenics (now that we’ll have two different full routines) on our Attack On Titan Workout Placement Quiz.

As I mentioned on our original Levi Ackerman post: he is extremely short – even compared to male anime character standards.

He comes in as one of the shortest male characters we’ve seen here at SHJ. 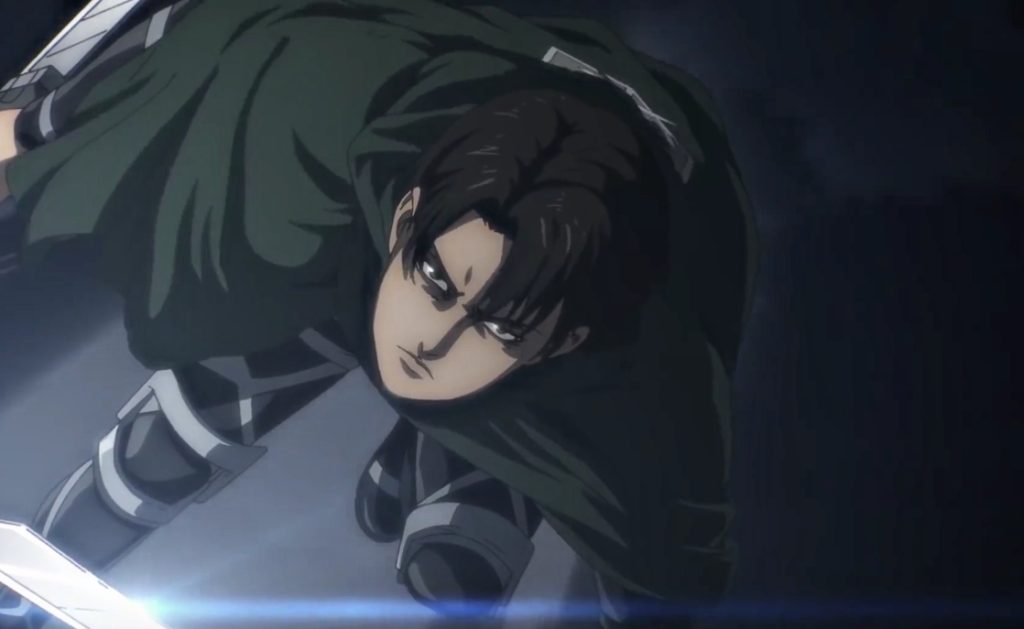 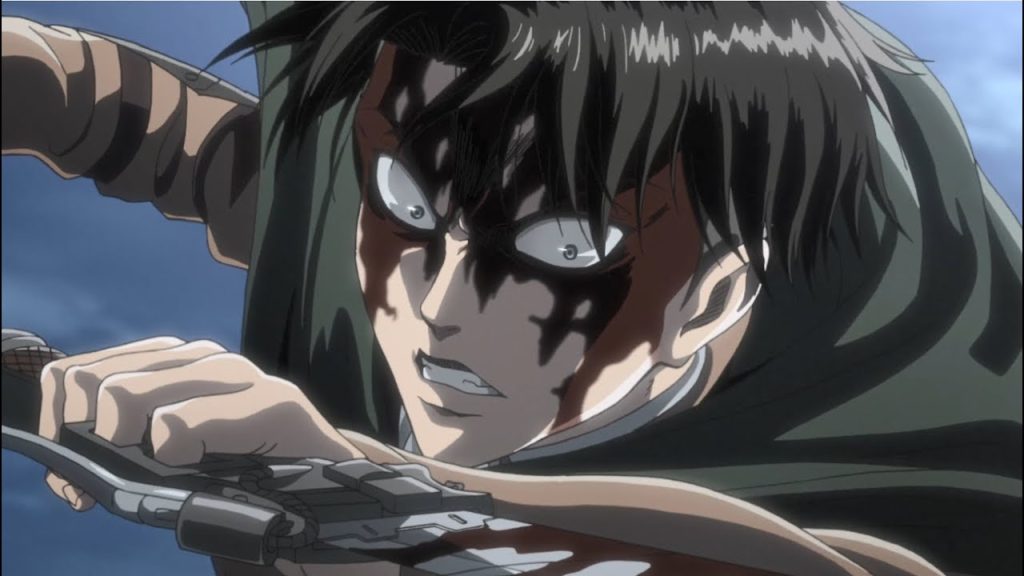 Even though we have already researched him for our original Levi Ackerman Inspired Workout, we’re going to be pulling from his Wiki Fandom again for this one to cover his abilities and a bit of his bio for any new members of The SHJ Army just getting here.

They start us off with a brief bio, stating:

Levi Ackerman, often formally referred to as Captain Levi, is the squad captain of the Special Operations Squad within the Survey Corps and is widely known as humanity’s strongest soldier.

From there we can begin looking at his Vertical Maneuvering Equipment and just how good he is.

They break down a long section about his skills here:

Levi is unbelievably adept at using the vertical maneuvering equipment, to a point that everyone says he is the best at it; even after losing several of his fingers, Levi was still able to utilize the equipment almost as easily as before. He is also said to be as valuable as an entire brigade, far outweighing all of the other soldiers. Furthermore, he was considered extremely strong even before joining the Survey Corps.

He has shown the capability of incapacitating the Female Titan by moving too fast for her to defend, something which whole squads and even Eren in his Titan form could not accomplish. He even defeated Zeke Yeager in his Beast Titan form, who is one of Marley army’s strongest Warriors and an extremely skillful Titan. Neither of these assaults are without some degree of prior planning and situational advantage, as the Female Titan was tired out from multiple conflicts in the span of a few hours, and Levi had engaged Zeke by surprise, getting too close to defend against before Zeke noticed. That said, Levi’s full abilities with his blades are still tremendous, able to carve the Beast Titan’s arm into multiple clean pieces so fast they fell in unison. Nonetheless, Levi has proven himself capable of taking on powerful possessors of the power of the Titans in a one-on-one situation where his vertical maneuvering equipment can be utilized to its utmost. For example, as seen when Levi bested Zeke again in a forest terrain where his vertical equipment could be properly employed.

On top of his incredible abilities related to the vertical maneuvering equipment, what makes Levi an incredible captain and overall titan kill is also his intelligence level (and ability to plan ahead, as mentioned above).

While that won’t necessarily help us build out his plan, it is relevant information to learn more about Levi.

Aside from his extraordinary battle skill, Levi has shown a profound ability to quickly analyze situations, and make calculated decisions in the heat of battle. This has given him the ability to save himself and his comrades on many occasions such as when he realizes the Female Titan cannot be killed easily because of her skin hardening and regenerative abilities, and subsequently saves Mikasa when she tries to slay the Female Titan herself, or the time when he fights Kenny Ackerman inside a bar, using chairs, a double-barreled shotgun and even corpses to stop his adversaries. However, Levi admits that he does not believe a person can be right all the time, and some scenarios are beyond a person’s control.

That’s just one of the many reasons Levi is a fan favorite among our AOT characters.

But the biggest part of our training research (landing in just SLIGHTLY above the vertical maneuvering equipment abilities), is Levi’s overall strength.

Levi has formidable physical strength, which is no doubt evident by his mastery of the vertical maneuvering equipment. Despite his small stature, his body is well built with heavy muscle, making him very strong, and easily able to defeat his opponents. At one point, Levi intercepts one of the Female Titan’s attacks, by using her hand to launch himself towards her mouth before she could hit Mikasa. This does not stop him from injuring himself though.

This breakdown of his strength shows us one of the reasons we are bringing in a weight training version of our Levi Ackerman workout routine.

Levi is super strong, and it’s time for us to get lean and toned like him while tacking on a ton of strength as well.

Be ready for a ton of volume paired with calisthenics, weights, circuit training to train at a high intensity like he does when fighting titans.

For this one we’re going to be working around 3 days of high intensity PPL split training that will also work on muscle endurance (which is always good for Survey Corps members) while building tons of strength, and then we’ll also tack on a Vertical Maneuvering Circuit Test and a day devoted to Survey Corps Endurance as well.