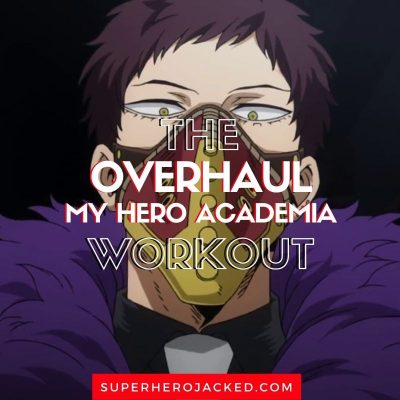 Overhaul finally joins our My Hero Academia villains that have been pouring in here at SHJ.

And what a character to wrap up the streak with, right?

Recently some of the villains we’ve seen have been our Tomura Shigaraki Workout, Gigantomachia Workout, Nine Workout, and even our High End Nomu Workout!

They have joined tons of other characters inside our new(ish) My Hero Academia Inspired Workouts mini-database that is within our larger Anime Workouts Database, and it continues to flourish among our SHJ Army.

And, spoiler alert, Overhaul will also be joining a handful of our MHA characters for our upcoming listicle on The Most Powerful My Hero Academia Characters of All Time!

Overhaul’s height isn’t listed, although we are used to seeing MHA characters exact heights with no weights on their Wiki Fandom pages.

That being said, he appears to be average adult height in the show and I’d guesstimate him around 5’8-5’10 range. 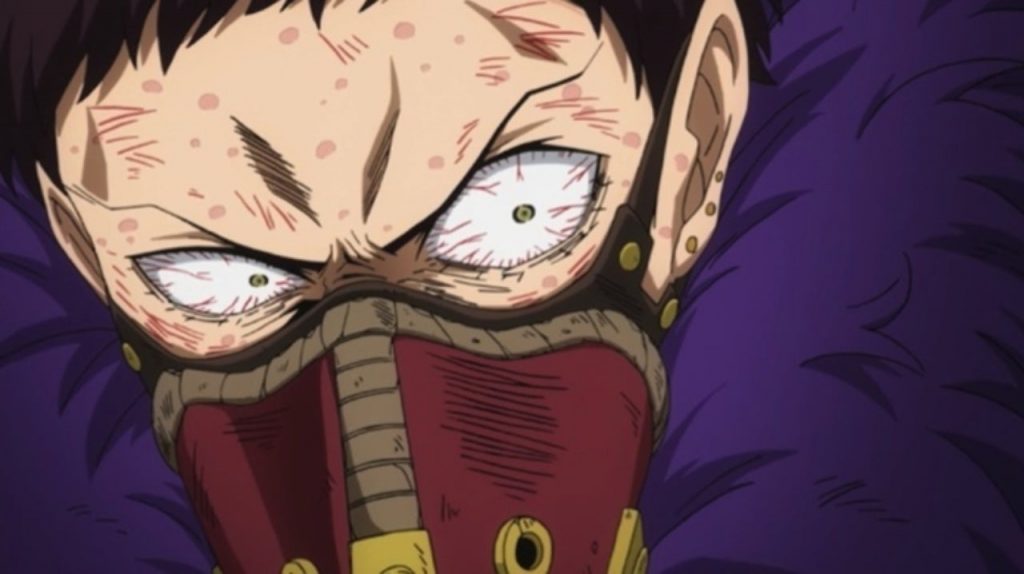 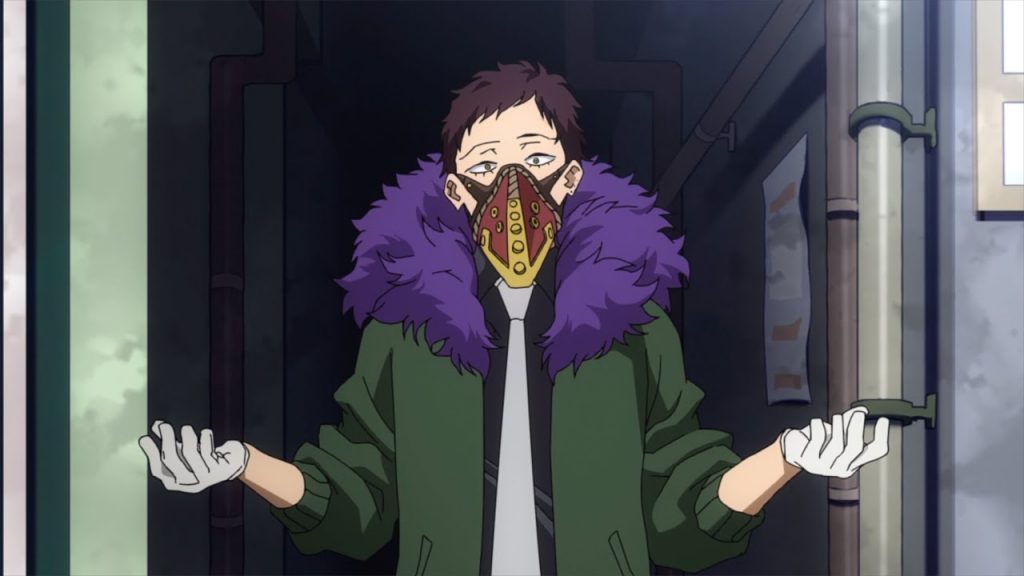 We’re going to start with Overhaul’s brief bio from his Wiki Fandom page, but unfortunately it’s back to being super brief like most other MHA characters we’ve seen thus far, and not nice and long like Shigaraki’s.

Here’s what Overhaul’s bio is listed as:

Jumping over to Overhaul’s powers and abilities section, he actually has a long list and explanation.

The entirety of it doesn’t necessarily help us build a workout routine, BUT I’ll add as much as I can without exploding our page.

Here’s what they give us for his overall abilities:

Overall Abilities: Prior to his dismemberment Kai was an incredibly powerful villain that garnered the attention of All For One, the most powerful villain in Japan. He is a very dangerous individual due to his Quirk, Overhaul, the handling he has on it, and his own lack of remorse. While in battle, Kai focuses on quickly dissembling his targets to kill them, or reshaping the terrain around him into a barrage of spikes to attack his opponents. He reshapes the ground to maneuver himself around the area, as well as counter incoming attacks. The ability to instantly rearrange his vicinity grants Kai multiple methods of dealing with his opponents, making him a massive threat from all ranges.

In the past, when he recruited Kendo Rappa, a heavily experienced brawler, into the Shie Hassaikai, Kendo proposed that, in order to gain his servitude, Kai has to defeat him in battle. But just as Kendo prepared an attack, the yakuza leader effortlessly disassembled, then reassembled Kendo. Even after Kendo become a member of the Eight Bullets, Kai was challenged by him 5 times, and swiftly overhauled and defeated the brawler with each attempt, despite Kendo’s prowess. This implies that Kai possesses his own degree of high speed and reaction time in order to accomplish this feat, as his Quirk requires him to touch his opponent for it to take effect.

With that his Wiki Fandom also lists:

Those aren’t amazing attributes to build a workout around, and neither is his Quirk, actually.

Here’s how they explain that:

Overhaul: Kai’s Quirk grants him the ability to disassemble anything he touches, as well as reassemble it in any configuration he desires, effectively giving him full control over matter.

I’m going to go ahead and let you know right now that you will NOT be able to do that by completing this workout routine.

Being that we don’t have much to work around aside from durability and reflexes, we’ll mainly be sticking to Overhaul’s aesthetic; which is fairly lean and athletic.

For this reason it also gives us the perfect opportunity to base it around calisthenics, and a fairly low volume beginner-moderate level routine as well.

Think you’re ready for it?

We’re going to be keeping this one nice and easy considering we’re training to become a super-POWERFUL character, but the routine itself is based on his aesthetic more than his powers (which don’t translate that well to physical training).  That being said, we’ll be working around a basic 3 day calisthenics training split and you’ll option training you can build into the routine as well with parkour, MMA and endurance work.