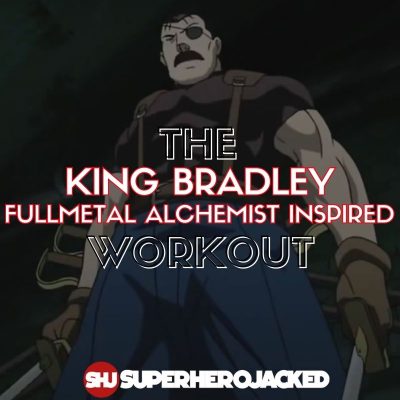 We had Alphonse Elric hit the site and spice up the Fullmetal Alchemist Inspired Workouts a bit this week – but now it’s time to counterbalance it.

King Bradley is STRONG and not only is he strong in his own world, but even ranked up against other anime villains he’s recognized as being extremely powerful.

Actually, we ranked him at number four among The Most Powerful Anime Villains of All Time!

King Bradley’s stats are guesstimates that I worked out with other FMA fans, but compared to other characters they seem, with the help of some ranges, like they’d be pretty spot on.

If they are, he stands only very slightly above average male anime character range that we’ve seen thus far at SHJ. 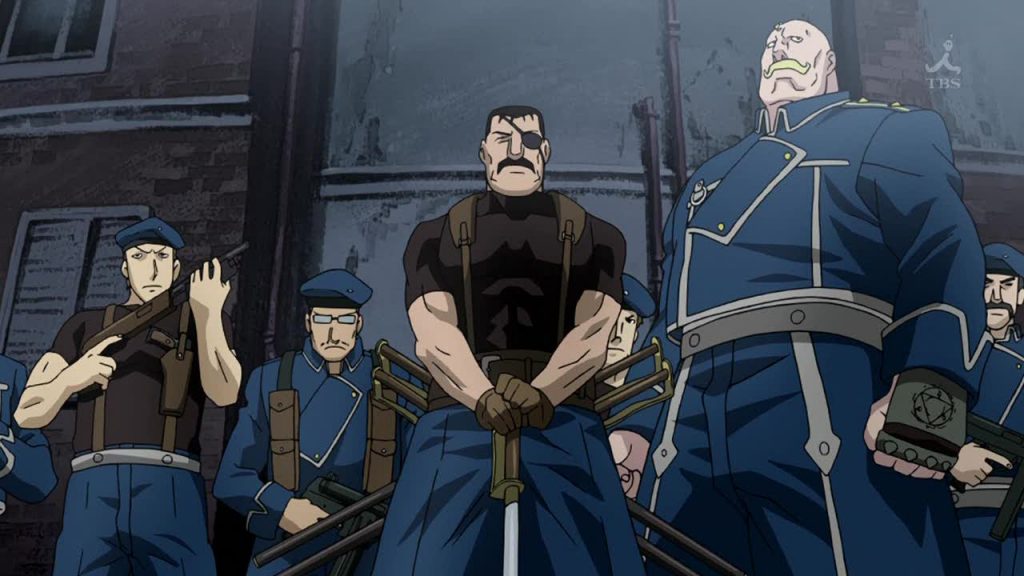 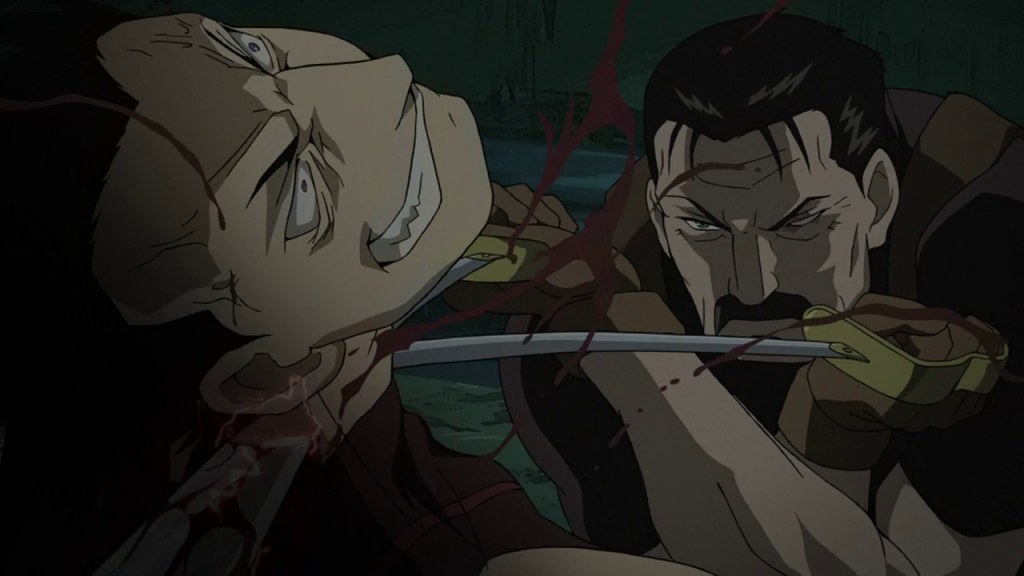 If we pull from King Bradley’s Wiki Fandom page to learn more about him and how we can build a routine out around him, they lead with this bio:

King Bradley is one of the primary antagonists in the Fullmetal Alchemist series, being that he is one of the seven Homunculi. Bradley was also the original Führer of Amestris. In the manga series and the 2009 anime reboot, he was known as Wrath, the final homunculus created by Father, but was changed in the 2003 anime to Pride, created by the ancient alchemist Dante. In both series, Bradley is the leader of Amestris and is seen to have almost inhuman swordsmanship. However, in the manga and 2009 anime series, he is an important character being that Amestris was created for the sole purpose of exacting Father’s plan to become the ultimate being. As Führer, Bradley is the respected Commander-in-Chief of the State Military, even though his political standpoints are often questioned in certain instances such as the Ishval Civil War, which was only one of many insurrections focused on creating a massive Philosopher’s Stone for Father.

On top of this, I did my best to prioritize some pictures of King Bradley where we can clearly tell he is JACKED.

Moving on into his powers and abilities section we can see more about that, and his overall power level:

As opposed to the rest of the Homunculi, Bradley was originally a human whose body was infused with a Philosopher’s Stone that was made from wrathful souls. These souls fought and eventually dwindled to a single soul, which was the most wrathful of all. After his transformation into Wrath, Bradley possesses enhanced strength, speed, reflexes, stamina, durability, senses, agility, coordination, willpower, intelligence, and instincts superior to any human.

Enhanced Physiology: Being a human-based Homunculus, Wrath has the ability to physically age, which enabled him to pass off as an average human, allowing him to assimilate into the general population without suspicion. Despite being a Homunculus, Wrath’s unique creation has resulted in the fact that the Philosopher’s Stone which makes him inhuman is comprised of only one soul – his augmented physical abilities such as his remarkably high strength, speed, and agility are all his own, rather than being a product of the stone. However, due to the fact that his Philosopher’s stone contains only one soul, he does not have the immortality and regenerative abilities of his monstrous brethren.

With this King Bradley also gets a ton of other abilities that will be extremely helpful in creating a routine.

So for this one we’re looking to get both strong AND fast, but we also need to remember King Bradley is also an extremely skilled fighter, specifically when it comes to wielding swords.

Here’s a snippet that tells us a bit about that skill level:

Wrath apparently has the highest level of skill when it comes to the art of swordsmanship among all the characters, capable of easily fighting against both the second Greed and Fu simultaneously using only two daggers as well as being able to defeat the first Greed with ease.

For that reason we’ll also want to make sure we train around some endurance and stamina work as well – and I’ll even share some MMA resources for you to step it up if you choose to.

In order to build out the perfect routine for King Bradley, AKA Wrath, I’ll be using tactics from The Superhuman 90 Day System, and as you know: some of our 90 Day Systems have even been used to help train new U.S. Marines!

On top of that we’ll throw in some additional stuff to specifically work around King Bradley’s overall power level and the directions we need to train to unlock his abilities and overall physique.

To train to become King Bradley we’re going to be using four days of weights to unlock his strength and agility, and then one day devoted to a Wrath Circuit Test.  You’ll also be able to use some of our additional resources if you want to step it up a notch with your mixed martial arts and parkour as well.